At the White House today, President Obama and Israeli Prime Minister Benjamin Netanyahu met for the first time in more than a year. Despite their well-known disagreements, they pledged to get along. Netanyahu reaffirmed his commitment to the US-Israeli alliance and Obama acknowledged that, although there is disagreement over the Iran deal, there is consensus in "making sure that Iran does not get a nuclear weapon… and about the importance of us blunting destabilizing activities that Iran maybe taking place. Steven Mufson, White House correspondent for the Washington Post, has more on the story. 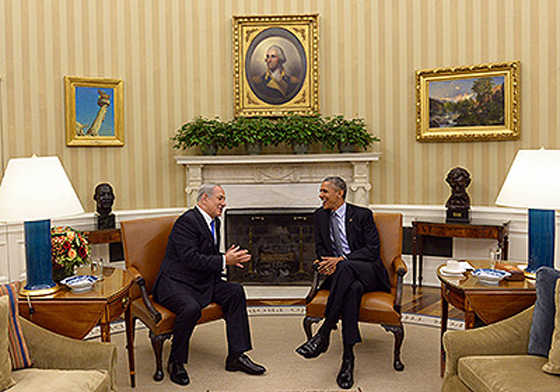 At the White House today, President Obama and Israeli Prime Minister Benjamin Netanyahu met for the first time in more than a year. Despite their well-known disagreements,...

Is the US Breaking a Promise to Children at Risk?

Tens of thousands of children face murderous street gangs, extortion and sexual violence in Central America. For those whose parents are legally in this country, President...

The University of Missouri has seen weeks of protest over racism on campus that has included the use racial epithets and incidents including the drawing of a swastika on a...