US aid is helping reduce gang violence in Honduras

If 2016 felt short of good news, you might have missed that Honduras – once the murder capital of the world – has seen a big drop in homicides. Pulitzer Prize winning author Sonia Nazario first reported this story for the New York Times and she joined us in studio. We began our conversation with the Rivera Hernandez neighborhood of a town in Honduras called San Pedro Sula. There, 194 people were "killed or hacked to death in 2013," including a 13-year-old named Andrea Martinez. Sonia Nazario won a Pulitzer Prize and other awards for Enrique’s Journey, a book that alerted Americans to the plight of children fleeing from Central America. . 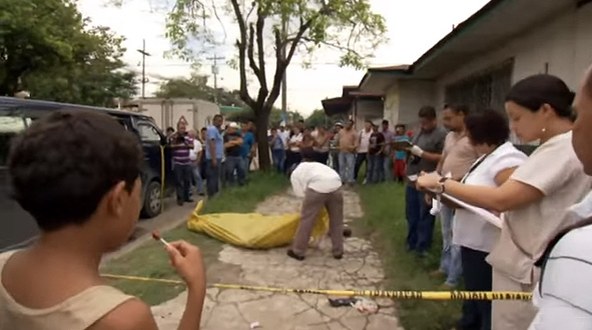 Police facial recognition databases may include you

When police need participants in lineups to help victims of crime identify suspects, they have to ask permission. Not anymore. This fall, the Georgetown Law School's Center...

US aid is helping reduce gang violence in Honduras

If 2016 felt short of good news, you might have missed that Honduras – once the murder capital of the world – has seen a big drop in homicides. Pulitzer Prize winning author...

The secret history of cyber war

When President Ronald Reagan was relaxing at Camp David in 1983, he happened to see the film War Games, starring the young Mathew Broderick as a "tech-whiz teenager" who...

Now not all warfare was cyber warfare in 2016. With the battle on to retake Mosul in Iraq and Raqqa in Syria from the Islamic State, the so-called Caliphate is shrinking and...

We spoke with a lot of authors this year, but our this guest stood out. For seven consecutive years, J. Kael Weston served in the combat zones of Iraq and Afghanistan -- not...

How the Right went wrong

E.J. Dionne's recent book was prescient. Timed to appear during the presidential campaign, his latest is Why the Right Went Wrong: Conservatism from Goldwater to the Tea...

Siddhartha Mukherjee talks about the history of the human genome

How much of identity, temperament and the risk of disease are determined before we're born — by our genes? We got some answers from Siddhartha Mukherjee, a doctor whose...