For three days, armed protesters have been occupying a building on the Malheur National Wildlife Refuge in Southeast Oregon. They've set up a roadblock and stationed armed guards in a tower used to spot wildfires on the federal preserve. The local sheriff says he doesn't plan to take action. The FBI is "monitoring" the situation. We hear about what's turning into a crisis for law enforcement from John Sepulvado, who is covering the story for Oregon Public Broadcasting, and Heidi Beirick, intelligence project director at the Southern Poverty Law Center. 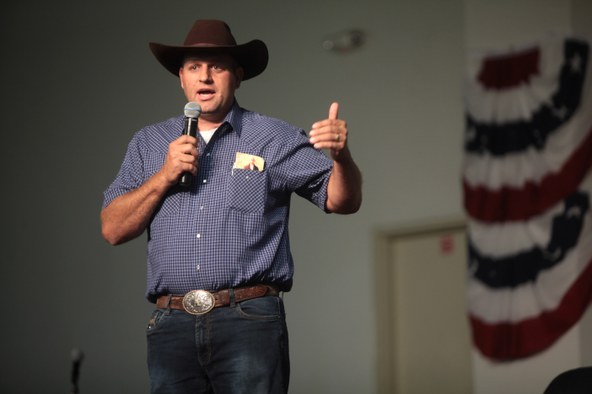 The 2016 Presidential Campaign Is Finally about to Get Real

Saudi Executions Mark a Dangerous Start to the New Year

The 2016 Presidential Campaign Is Finally about to Get Real

After months of political hype based on meaningless national polls, the actual state-by-state process of choosing candidates is about to get underway. In less than a month,...

For three days, armed protesters have been occupying a building on the Malheur National Wildlife Refuge in Southeast Oregon. They've set up a roadblock and stationed armed...

END_OF_DOCUMENT_TOKEN_TO_BE_REPLACED
KCRW's Drive to the Future: Where your support goes beyond public radio. Today, a portion of your donation goes to Inner City Law Center who provides free, high-quality legal representation to LA's precariously housed and those experiencing homelessness.
Give Now
Give Now