Did the Trump organization break the law in Azerbaijan? 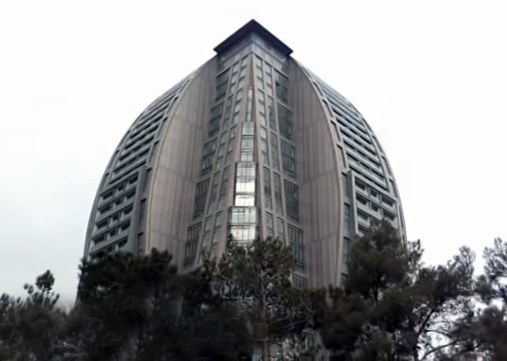 In Baku, the capital of Azerbaijan, there's a 33-story building shaped like a sail. Advertised as a hotel and residence, it's oddly located away from the city's business center and it's hard to reach between near-by on-ramps, off-ramps and overpasses. It has never opened. When Adam Davidson visited in December, "five enormous white letters glowed at the top of the tower," he reports. "T-R-U-M-P." Davidson wrote about "Donald Trump's Worst Deal" in the latest New Yorker magazine.

The 'deconstruction' of the administrative state

GOP plows ahead on healthcare plan amid forceful opposition

The American Medical Association said today Republican efforts to "repeal and replace" Obamacare and cut Medicaid could cost as many as 10 million people their health...

Is Trump 'reducing the size of government' or dismantling it?

On his reality TV show, Donald Trump was famous for saying, "You're fired." As President, he's saying, "We don't need those jobs" in the first place. Republicans aren't the...

Did the Trump organization break the law in Azerbaijan?

In Baku, the capital of Azerbaijan, there's a 33-story building shaped like a sail. Advertised as a hotel and residence, it's oddly located away from the city's business...

END_OF_DOCUMENT_TOKEN_TO_BE_REPLACED
This Giving Tuesday, Will Ferrell and Viveca Paulin challenge YOU to donate to KCRW by midnight TONIGHT. If we raise $35,000 they will match it — totaling $70,000 for KCRW!
Give Now
Give Now!