Prime Minister Benjamin Netanyahu has named Avigdor Lieberman to be Defense Minister -- the second-highest post in the government of Israel. Lieberman is well known for speaking the language of an extremist. He once called for bombing Egypt, recently suggested killing the leader of Hamas in the Gaza Strip and has opposed prosecution of a soldier who killed a wounded Palestinian. Will he make changes in the country's policies on security? Chemio Shalev is US Editor and a correspondent for the Israeli newspaper Haaretz. 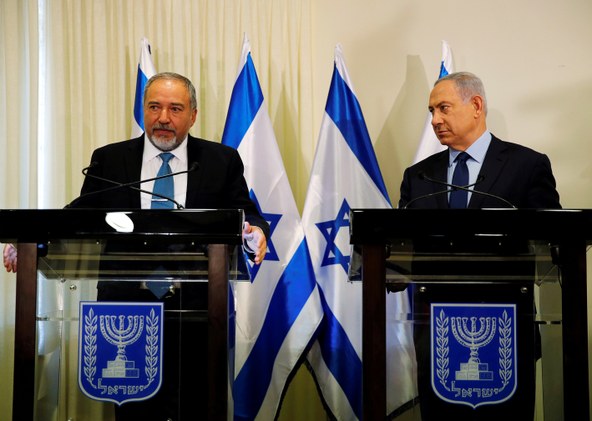 Avigdor Lieberman (L) and Israeli Prime Minister Benjamin Netanyahu deliver statements to the media after signing a coalition deal to broaden the government's parliamentary majority, at the Knesset in Jerusalem May 25, 2016.
Photo: Ammar Awad/Reuters

The GOP Is Sending a Message: Never Say "Never"

There was more bad news for Hillary Clinton today from the State Department's Inspector General. An official report concludes that her use of a private e-mail server did...

The Republicans Are Sending a Message: Never Say "Never"

Prime Minister Benjamin Netanyahu has named Avigdor Lieberman to be Defense Minister -- the second-highest post in the government of Israel. Lieberman is well known for...