This Alabama Runoff Couldn't Get Any Moore Strange 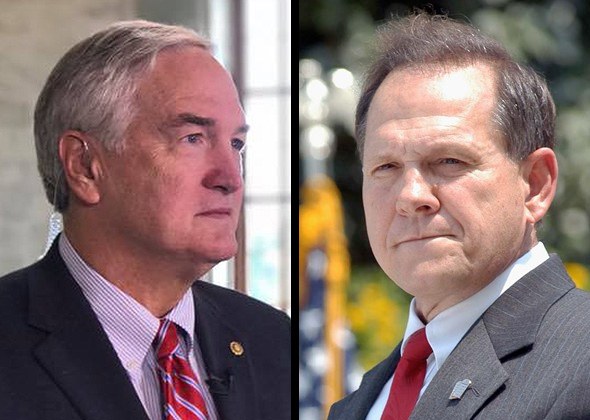 Republicans in Alabama are focused on the US Senate primary for a nominee to replace Jeff Sessions, who was appointed Attorney General by President Trump. President Trump is taking sides and he's going to Alabama to endorse Luther Strange and campaign against former judge Roy Moore. Pat Duggins, news director for Alabama Public Radio, says the face-off is a referendum on Conservatism.

The silent suffering of Myanmar's Rohingya

The scope of destruction left by Hurricane Maria is still unknown in Puerto. Residents and government officials have just started surveying the damage. William Villafañe,...

When Aung San Suu Kyi was a prisoner of the ruling military in Myanmar, she won international sympathy -- and the Nobel Peace Prize . The dictatorship felt enough...

This Alabama Runoff Couldn't Get Any Moore Strange

(L-R) Luther Strange and Roy Moore Republicans in Alabama are focused on the US Senate primary for a nominee to replace Jeff Sessions, who was appointed Attorney General...

END_OF_DOCUMENT_TOKEN_TO_BE_REPLACED
KCRW's Drive to the Future: Today, we'll double your meals to our food bank partners in Los Angeles and Santa Barbara AND a portion of your donation goes to Inner City Law Center who provides free, high-quality legal representation to LA's precariously housed and those experiencing homelessness.
Give Now
Give Now