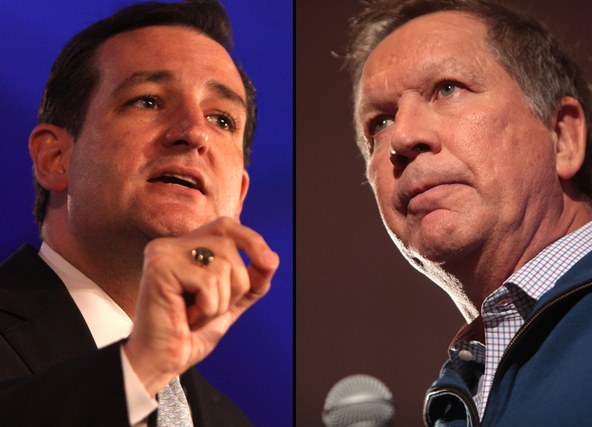 Photos of Ted Cruz and John Kasich by Gage Skidmore

Larry Sabato, Director of the University of Virginia Center for Politics and Editor in Chief of Sabato's Crystal Ball, has more on how the Kasich and Cruz are joining forces against Trump.

Were the Arab Uprisings a Failure or Just the Beginning?

Prosecutors in Cleveland refused to press charges against the police officer who shot and killed 12-year old Tamir Rice two years ago. But today, the city settled a lawsuit...

For Ted Cruz and John Kasich, "the enemy of my enemy is my friend." Donald Trump is looking like a big winner tomorrow in several Northeastern states. So Ted Cruz and...