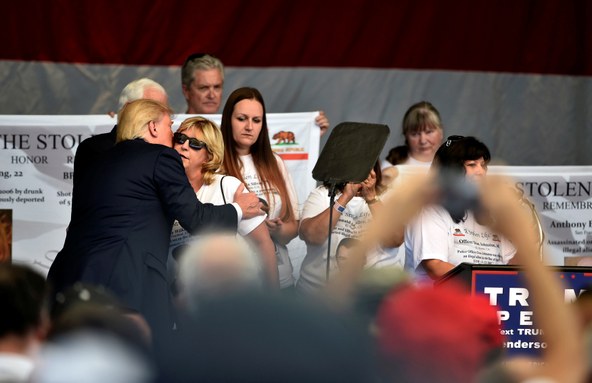 Donald Trump’s anti-immigrant agenda played a central role in his presidential campaign. He often relied on family members of people killed by undocumented immigrants, who spoke on his behalf at rallies and the Republican Convention itself. Now, those families say they feel abused and exploited and are speaking out against Trump. Kenneth Vogel, chief investigative reporter at Politico, has taken a close look at the story.

What happens when America retreats from the world?

Putin denies Russian involvement in hacking of US election

In a reversal, Russian president Vladimir Putin conceded today in Moscow that Russian hackers might have meddled in the American election. Putin did not, however, admit any...

Is America retreating from the world?

During the Obama administration, numerous Republicans criticized Obama for "leading from behind." But as President, Donald Trump has made withdrawing the country from...

Republican presidential nominee Donald Trump embraces a member of The Remembrance Project at a campaign rally in Henderson, Nevada October 5, 2016 Photo by David...