Donald Trump's being accused of encouraging recent violence committed against protesters during his rallies on the campaign trail. Today, he said there's "not much violence" during his campaign rallies, and he even took credit for calming it down. Others disagree. Shaun King is justice reporter for the New York Daily News. 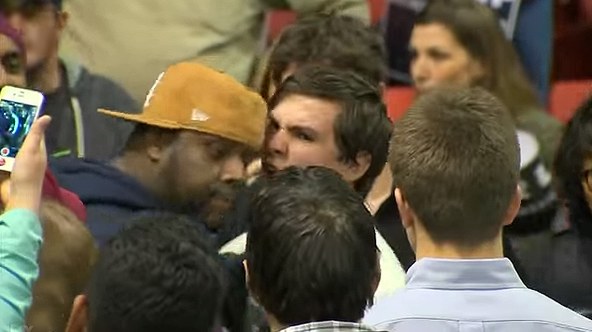 Will the US Get Back into the Detainee Business?

Chancellor Angela Merkel's been called Germany's "indispensable leader," but regional elections held yesterday "saw her punished" because of her open-door policy for...

It's Detention and Interrogation All Over Again

The US has been killing Islamic State fighters with airstrikes and drones, but now 300 Special Forces are on the ground in Iraq. They're conducting so-called "targeted...

Donald Trump's being accused of encouraging recent violence committed against protesters during his rallies on the campaign trail. Today, he said there's "not much violence"...