Counts of delegates chosen so far for the Democratic convention tell the story of this year's campaign: Hillary Clinton has won the nomination. Yet Bernie Sanders insists there's another story. "Now if you turn on the media, and you turn on the TV. They kind of tell you that the campaign is over, that Secretary Clinton has won. Well, apparently the people of Indiana and West Virginia didn't get the message." And, despite the math, some media watchdogs think Sanders has a case to make. 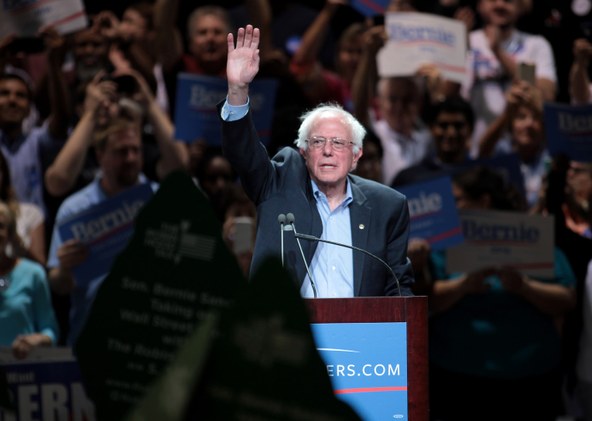 Working Parents Can't Have It All: Can Government Help?

Donald Trump has been meeting behind closed doors with Republican leaders — so far without saying a word in public. Today, he met with House Speaker Paul Ryan and Reince...

Working Parents Can't Have It All: Can Government Help?

For new parents all over the country, rising costs are making day care unaffordable even when both mothers and fathers are working. In 33 states, it's costlier than a...

Counts of delegates chosen so far for the Democratic convention tell the story of this year's campaign: Hillary Clinton has won the nomination. Yet Bernie Sanders insists...