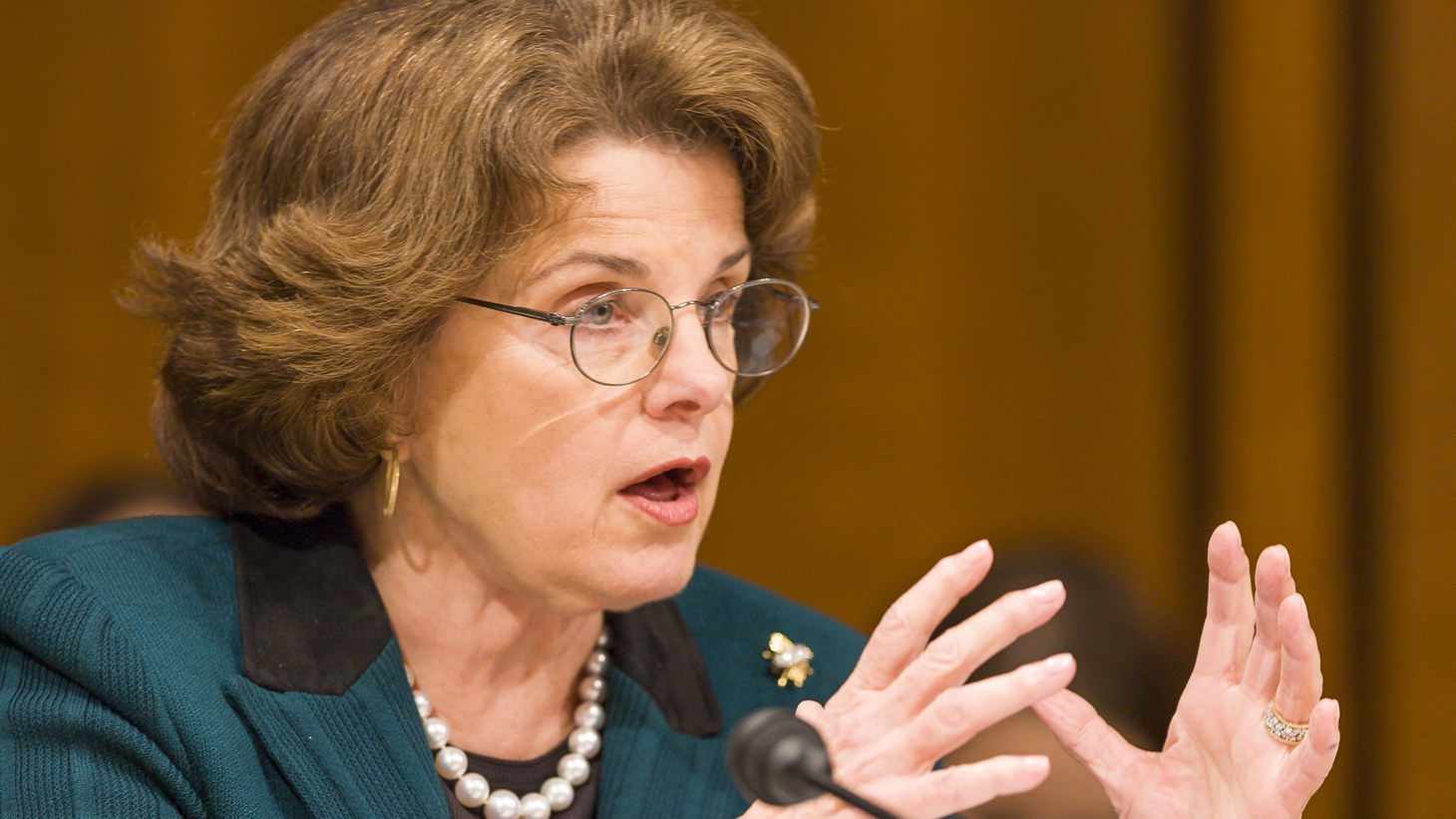 Senator Dianne Feinstein’s team is pushing back against a San Francisco Chronicle report in which some of her colleagues and others questioned her capacity to for the job. Photo by Shutterstock.

The debate continues to rage over the mental fitness of California Senator Dianne Feinstein, who, at 88, is the oldest member of the U.S. Senate. Some insiders allege that Feinstein suffers from lapses of short-term memory and at times appears to be confused in public.

Feinstein supporters have come to her defense, including President Joe Biden and House Speaker Nancy Pelosi, who described the senator as a “workhorse” and called the attacks “unconscionable.”

Do you think Dianne Feinstein should retire because she is too old, too out of it, and too tied to the past to represent today’s California?

Because our very senior senator actually represents California’s future. And while those political insiders campaigning to force her retirement may be correct about her diminished capacities, they fail to recognize just how much she resembles who we Californians are becoming.

California’s future, like Feinstein, looks old. Californians are increasingly past their prime, forgetful, and repeating themselves. Once among America’s youngest and fastest-growing states, California is now losing population and aging faster than the rest of the country.

Both trends should make us cherish our senator, who is 88, because she represents a rare demographic success story: People over age 85 who, through their longevity, are preventing a California population collapse.

This rising Feinstein Generation is by far the fastest-growing and most rapidly diversifying age group in California. By one estimate, it will grow 489% from 2010 to 2060. State analyses suggest that the post-85 group will dominate the 2030s, as the Baby Boomers enter what you might call the new prime of California life.

Younger people, by contrast, show nothing but ingratitude for this cohort’s largesse, choosing to leave California (85% of departures are among those 25 to 64), or failing to move here in the first place.

Instead of whining about DiFi and her ilk, why don’t young people build up the younger generations they claim to champion? They could get busy having more children, thus reversing declines in the number of California kids and increases in closures of schools, some of which will probably be repurposed for senior living. Incentives to have children might well be combined with greater investments in public education to extend school days and school years, improve instruction, and raise standards.

Another strategy would be to push harder to reverse the restrictionist immigration policies of our last three presidents — Obama, Trump, and Biden — that have contributed to a decline in international migration to California. Still another pro-youth strategy would be to build more and cheaper housing, so more young people could afford to settle here.

It’s hard politically to expand new public investment in California, particularly when it benefits young people who represent a declining share of the population. But it would be easier if politicians pursued more money for schools or child care in combination with more care for the growing population of elderly. Investing in seniors is popular, with support for the governor’s Master Plan for Aging recorded at 80%.

Feinstein could help the cause by being less defensive about her decline. Indeed, her staffers and supporters, instead of disputing press reports about her lapsing memory, should embrace them. They make her a better representative of her state.

The senator, on her good days, might talk more often, and in public, about the needs for forward-looking investments, even if she experiences senior moments in the process. She should present herself and her good fortune in having plenty of money to pay for care-giving, as examples. Every Californian should have as many people to keep an eye on them as Feinstein does.

It’s tempting to want someone younger and more energetic for the job of being one of two senators for nearly 40 million people. I myself recently accused Feinstein of stubbornly holding on, in a certain San Francisco fashion. And it can be unsettling to see one’s elected representative seem confused in public.

But take a step back. Who isn’t confused by the strangeness and pressures of American life these days? And to her credit, Feinstein hasn’t created nearly as much confusion as her much younger friend, Gavin Newsom, has done with ever-shifting COVID restrictions and policy announcements.

It may be time — as the San Francisco Chronicle is now arguing — for Feinstein to step aside. But the reason for retirement would not be that she is failing to represent our state. To the contrary, in one very important respect, every day Feinstein remains in office, she provides Californians with an indispensable example.

When we look at our senator, we are looking in a mirror.