Schwarzenegger and Brown: Out of political office, counseling the world 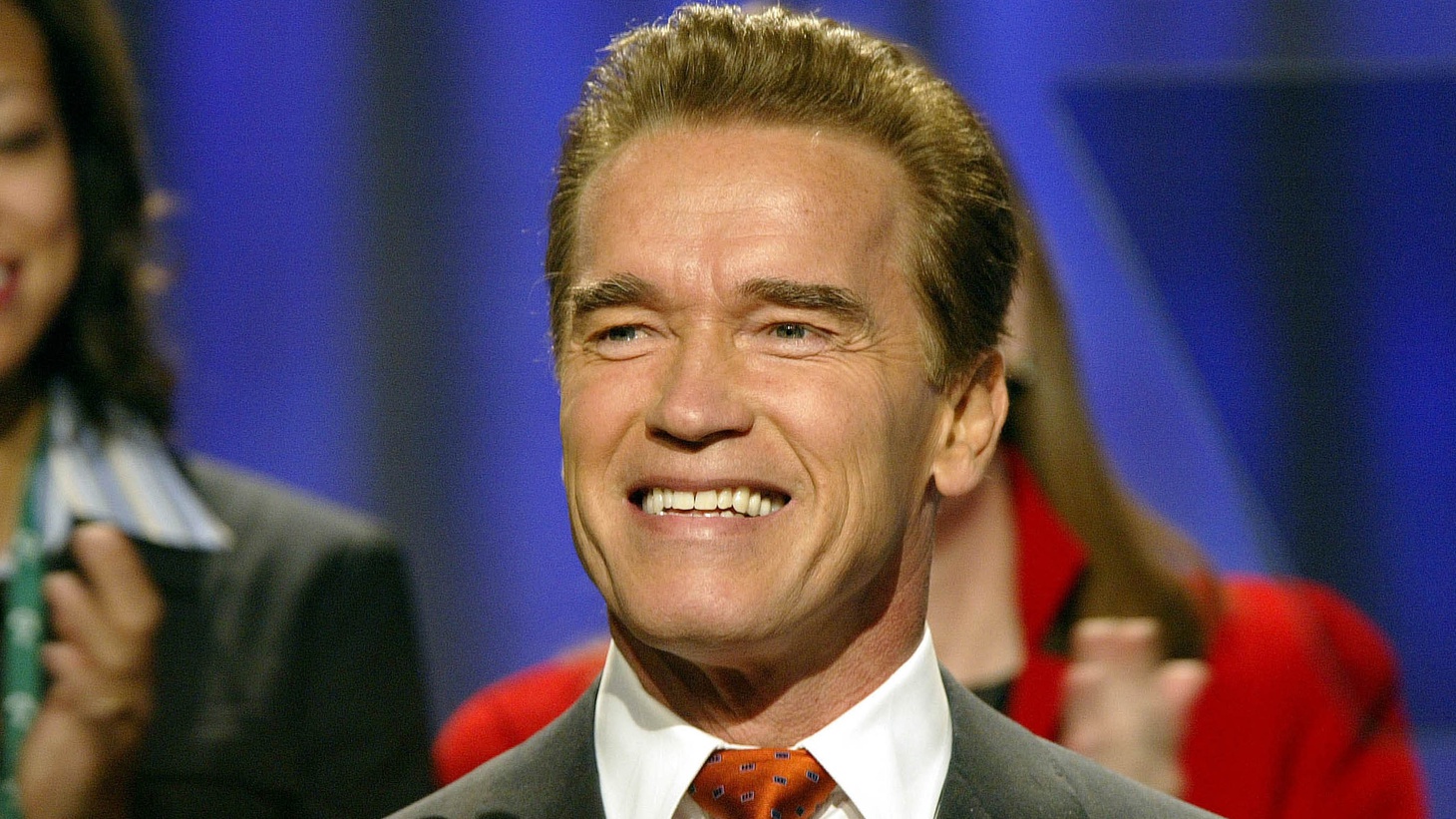 Arnold Schwarzenegger attends the California Governor's Conference on Women and Families at the Long Beach Convention Center on December 7, 2004. He recently delivered a powerful condemnation of the war in Ukraine that’s been viewed millions of times around the world. Photo by Shutterstock.

From the war in Ukraine to the United States’ increasingly strained relationship with China, former California governors Arnold Schwarzenegger and Jerry Brown are getting attention for well-considered opinions about international affairs. Zocalo commentator Joe Mathews says the ex-governors are filling a void left by the silence of former presidents. And he says it’s not a big surprise, since California is virtually a country unto itself.

I must be getting old. Jerry Brown is starting to make sense. Arnold Schwarzenegger sounds like a statesman. And heeding advice from California’s governors now seems like the best path for humanity.

It’s improbable that two ex-governors — one known for head-scratching aphorisms, the other for silly one-liners — are now global voices of reason. But it’s also logical. As the world madly sets itself on fire, where better to turn for wisdom than crazy, combustible California?

Brown’s and Schwarzenegger’s ascents to sage status reflect the extent to which California, the world’s fifth largest economy, functions as its own country, with its governors constituting a fourth branch of the U.S. government — employing state powers to check the president, Congress, and the courts.

When California governors leave office, they maintain high profiles but carry less political baggage than presidents, whose foibles our polarized media cover obsessively. Brown and Schwarzengger are using this notoriety in a very California way, mixing visions of a more peaceful future with hard-headed calls for making common cause with rivals and enemies.

Schwarzenegger’s most recent statement was a short video urging Putin to stop the war in Ukraine. But the former governor also rejected today’s commonplace American condemnation of all things Russian. Instead, speaking in English with Russian subtitles, he drew from his own history of making friends and movies in Russia to express his affection for the country and its people — and try to penetrate Russian propaganda about the war.

The video’s most powerful moment came when Schwarzenegger spoke directly to Russian soldiers about his father, an Austrian who fought with the Nazis during World War II:

“The Russian government has lied not only to its citizens but to its soldiers,” he said. “When my father arrived in Leningrad, he was all pumped up on the lies of his government. When he left Leningrad, he was broken — physically and mentally. … To the Russian soldiers listening to this broadcast … I don't want you to be broken like my father.”

As Schwarzenegger tugged at hearts, Brown hammered on heads.

In an essay in The New York Review of Books, Brown challenged calls in the U.S. for greater confrontation with China. He started by framing the last 20 years as a period of American-triggered global suffering, killing more than 900,000 people, displacing tens of millions, and costing the U.S. $8 trillion.

“One might assume that such disastrous results, and the ignominious end of the war in Afghanistan last year, would lead to a period of reflection and soul-searching,” Brown wrote. “Yet no such inquiry has occurred — at least not one that fully grapples with the shocking self-deception, pervasive misreading of events, and powerful groupthink that drove the longest war in American history.”

Brown criticized books by think tank specialists and defense department insiders, like “The Strategy of Denial” by Elbridge Colby, as repeating the mistake of promoting conflict. Colby’s book even calls for “selective nuclear proliferation” to friendly countries.

Such confrontation, he wrote, creates unacceptable risk of a catastrophic war with China.

“Framing the China threat as irredeemably antagonistic, as many ‘political realists’ are currently doing, misses the reality that both countries — to prosper and even to survive — must cooperate as well as compete,” he wrote.

Brown argued instead for engaging China to avoid catastrophes. He calls this strategy “planetary realism … an informed realism that faces up to the unprecedented global dangers caused by carbon emissions, nuclear weapons, viruses, and new disruptive technologies, all of which cannot be addressed by one country alone.”

That powerful argument should carry extra weight coming from someone who spent four terms governing California, a state famous for catastrophes.

The world needs Brown and Schwarzenegger to keep counseling all of us. It’s a role that ex-presidents used to fill. But that was before Bill Clinton got sidelined by his foundation’s lack of transparency, before George W. Bush became a painter, before Barack Obama went on a weird narcissistic bender with Bruce Springsteen, and before Donald Trump attempted a coup.

So, maybe it’s time for our last two governors to team up. They complement each other, the philosopher-nerd and the muscleman-movie Star. Their wise interventions might just save the world from itself.