Op-ed: Upside-down narrative is at play in LA mayoral race 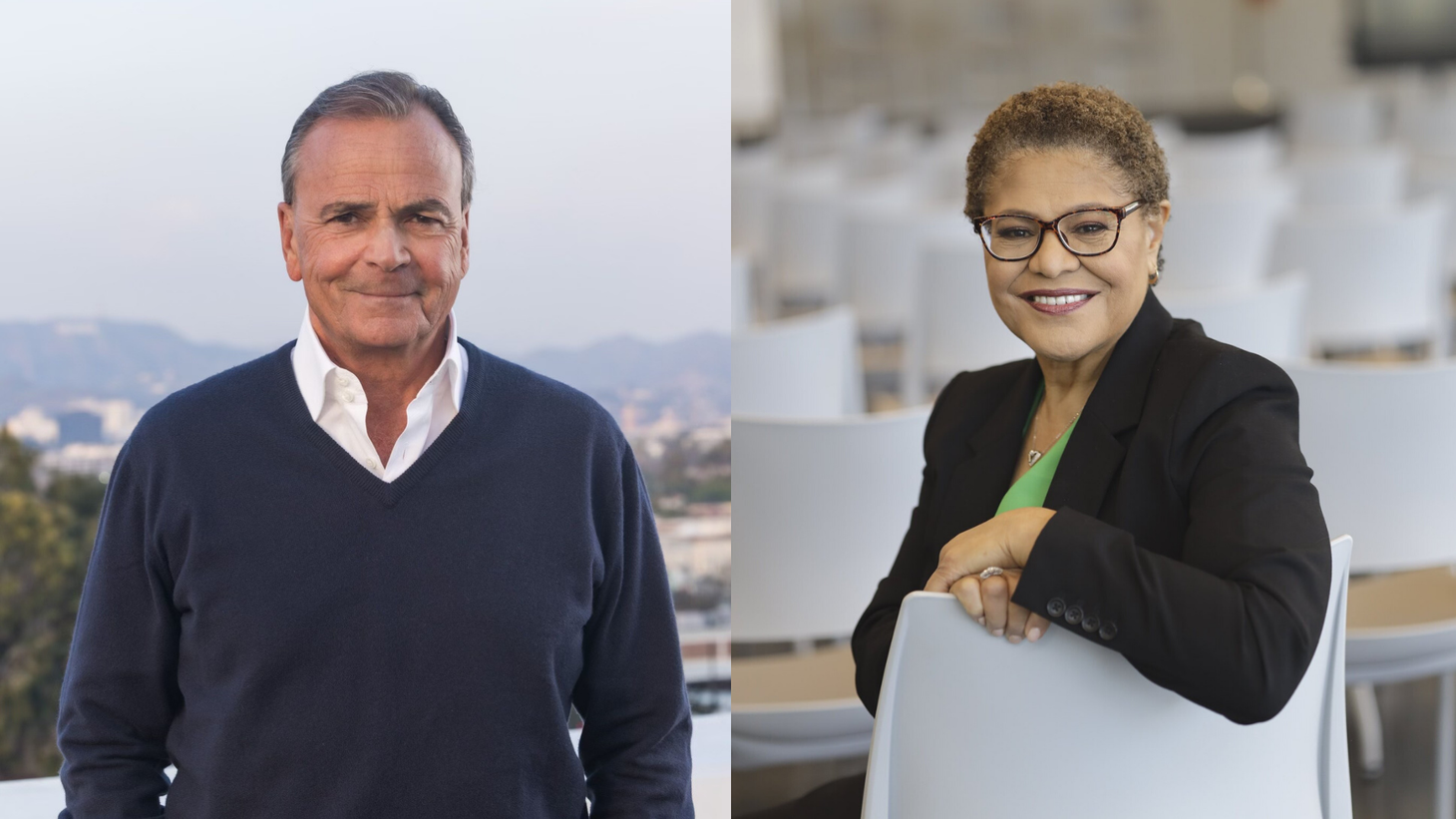 Rick Caruso and Karen Bass may not be highlighting the right accomplishments for their LA mayoral bids. Instead they “have built campaigns on our misperceptions and ignorance about how LA and California work,” according to columnist Joe Matthews. Photo courtesy of the Caruso for Mayor campaign/Karen Bass for Mayor campaign.

The Los Angeles mayoral campaign is an exercise in misinformation, clouding the public’s muddled perceptions of how municipal government actually works in this state.

This narrative is the very opposite of reality because of two misconceptions.

The first misconception involves Bass. Federal and state legislators like Bass, a former state Assembly speaker and member of Congressional leadership, may be familiar to Californians as political figures, and thus seem like local insiders. But their work lives have little to do with local government. Bass has been very good at these legislative jobs — handling state budget crises in Sacramento, and fending off the Trump administration in D.C.

But that does not make her an LA insider.

While she founded and ran an important community organization decades ago, she has never served in local elected office. She is admired in City Hall, but she isn’t particularly well-known there. And her campaign’s rocky rollouts of key policies on public safety and homelessness suggest that she is still familiarizing herself with the peculiarities of local government in California’s largest city.

The second misconception involves Caruso. While he is a real estate developer and not an elected official, in California, developers often function as the most important leaders in municipalities. They are the true insiders.

This is not a matter of corruption or money. It’s the structure that California voters have created over many decades. Californians have consistently voted to make their local elected officials very weak; most notably, Proposition 13 and successor measures have stripped local officials of much of their power to tax. And state open meetings rules, which limit the ability of local officials to talk with each other, make governance and planning more difficult.

This creates a void in local governments that developers fill — they actually have more freedom and opportunity to talk to different officials, connect interests, and come up with plans to raise revenues than elected officials do. The best California cities are often run by developers who embrace their public responsibilities. Caruso has been one of the better ones. To his credit, he has jumped into public problems involving police oversight, the Coliseum, and the Department of Water and Power.

This makes him an insider. Caruso would take office with more intimate knowledge of, and better contacts in, local government than Bass.

Of course, Angelenos wouldn’t understand any of this from watching ads, attending debates, or reading newspaper accounts. And that’s the candidates’ own faults.

Bass, whose campaign has seen personnel turnover, has failed to develop a clear message of how she would change LA. Instead, she has leaned on endorsements from Democrats who emphasize her experience.

Meanwhile, Caruso has cynically played on the confusion with ads that claim he’s an outsider and accuse Bass of failing to solve LA homelessness “on her watch” though she’s never been in charge of LA.

Ironically, the strongest arguments for Bass and Caruso are at odds with their campaign narratives.

Bass’s experience appeals because she is an outsider to City Hall. She might bring new perspectives and people, and more change. She might be a higher-risk candidate than Caruso but has the higher upside. She could be transformational.

The strongest case for Caruso is that he is likely to be a steady hand after the breakdowns and drift of Eric Garcetti’s mayoralty. Caruso knows where bodies are buried because he buried some himself. He would take over with a head start on a City Hall newbie like Bass.

Maddeningly, these two distinguished people, instead of making reality-based arguments for themselves, have built campaigns on our misperceptions and ignorance about how LA and California work.

That’s a problem for local democracy across our state. In LA, it will be a big problem for whichever of these two contenders ultimately wins. Whether it’s Bass or Caruso, the next mayor is destined to disappoint because she or he will be a different sort of leader than they promised to be.