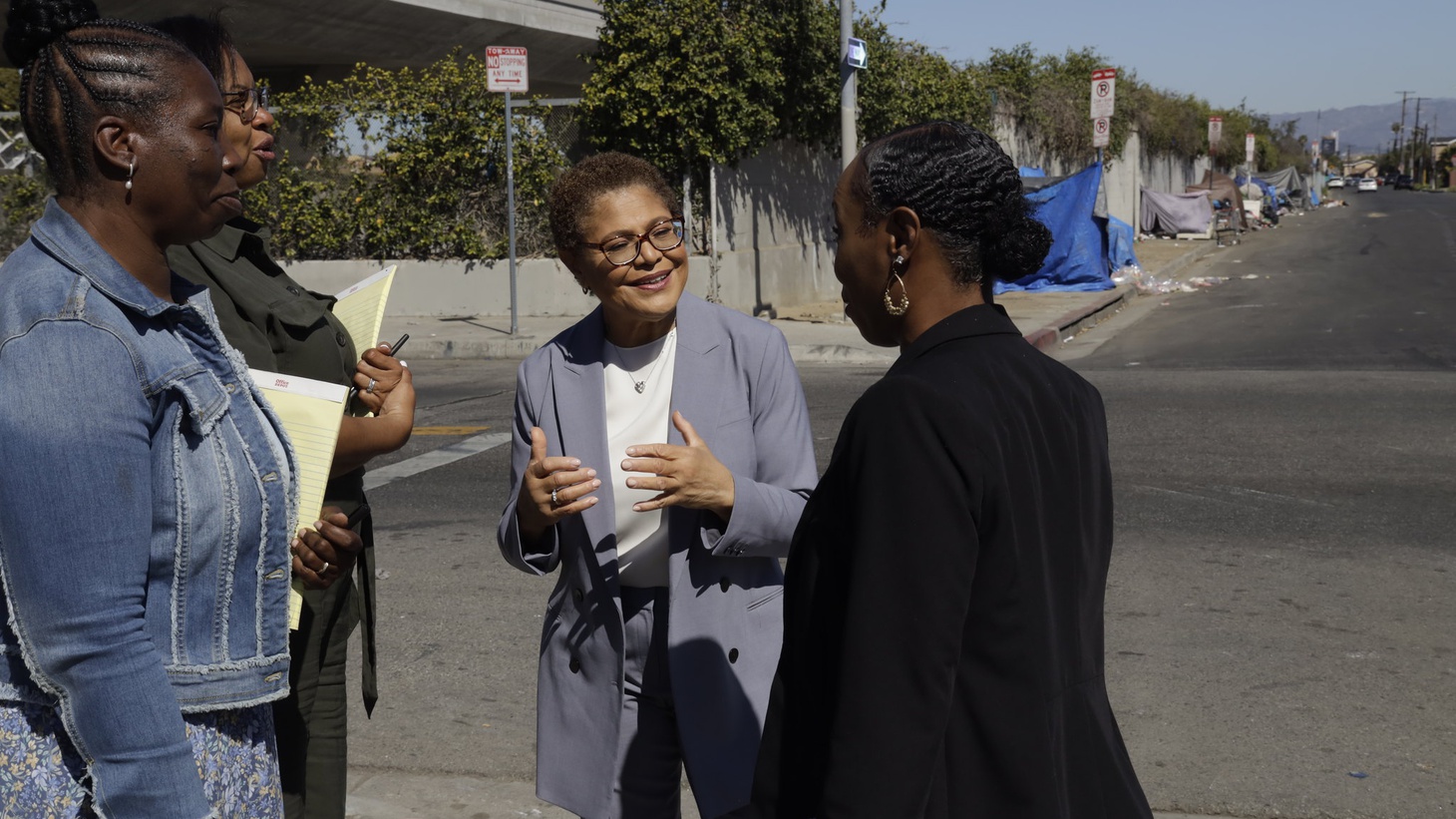 Congresswoman Karen Bass appears to be the front runner of the Los Angeles mayoral race. The LA native’s experience in Washington D.C. may serve her well in the upcoming election, according to commentator Joe Matthews. Photo courtesy of Karen Bass for Mayor.

Angelenos are two months away from casting their ballots in LA’s mayoral race. Candidates are hitting the airwaves with ads and interviews, making their cases for why they're best-suited to run the city for the next four years.

But where a candidate got their experience often seems to carry more weight with LA voters than their actual credentials, says Connecting California commentator Joe Matthews.

Why does LA trust Sacramento and Washington more than it trusts itself?

Angelenos may complain about state and national government like other Californians, but we also routinely prefer Sacramento and D.C. as training grounds for our local politicians. Only after they’ve proven themselves in the state legislature or Congress do we elevate them to higher office.

The habit is holding this year. In the City of Los Angeles, polls show former Assembly Speaker Karen Bass, now a member of Congress, leading the mayor’s race in June. City Councilman Kevin De León, better known for his leadership of the state Senate, is poised to capture the second spot in the November run-off.

In LA County, former Assembly Speaker and current State Senator Bob Hertzberg and State Senator Henry Stern are seeking a seat on a board of supervisors that now includes Sheila Kuehl and Holly Mitchell (former assemblymembers and state senators), Janice Hahn (former member of Congress), and Hilda Solis (who served in the legislature, Congress, and President Obama’s cabinet).

But most of the time, California’s ambitious pols work their way up from the local to state level, as in Gavin Newsom’s rise from the San Francisco Board of Supervisors to mayor to statewide office. Indeed, the last four San Francisco mayors came to the job from other local offices.

Our peculiar mix of ego and insecurity.

We see ourselves as a city of stars, drawn from across the universe, and view excellence as an import. So, we honor foreign film directors at the Oscars, and celebrate the Lakers picking up LeBron.

This dynamic can be maddening for locals. It’s why, in the film “La La Land,” Ryan Gosling’s character, an underappreciated jazz musician, complains of his fellow Angelenos, “They worship everything, and they value nothing.”

There’s an even darker side of this devotion to global stars: a profound insecurity about ourselves. Los Angeles locals don’t trust our ability to produce greatness in our local communities.

Unfortunately, self-pessimism makes sense, when you consider the poor quality of our schools and our lack of economic mobility. Given the high cost of living, moving to LA, and to California, has become a luxury, affordable mostly for those who have already made it elsewhere.

LA’s weak political scene doesn’t inspire confidence either. Yes, the departing mayor, Eric Garcetti, came up through the City Council (though he built his image on elite educational credentials acquired elsewhere, like his Rhodes scholarship), but he is seen as deeply ineffective.

This year, Bass is the favorite in part because of the status she gained elsewhere — as a consensus-building Assembly speaker in Sacramento, and as a member of Congress influential enough to make President Biden’s shortlist for vice president. De León’s case for leadership is similarly grounded not in his recent work on the City Council, but in historic labor, environmental and pro-immigrant legislation he got passed in Sacramento.

Unfortunately, the LA mayor’s race doesn’t seem to have such an administrator. The developer Rick Caruso, who has a high-profile and self-funded mayoral campaign, is pitching himself as a managerial expert who can clean things up. But the reality is that developers are mostly promoters and deal-makers rather than tough administrators. And so for all Caruso’s savvy, his skill set is closer to that of his ex-legislator opponents than his ubiquitous ads might lead you to believe.

Worse still, Caruso’s pitch to voters centers around his popular Southern California shopping-and-entertainment developments, like the Grove, next to the Original Farmers Market, and the Americana, in Glendale. That’s a mistake, since such local successes seem unlikely to impress Angelenos.

After all, what has he ever done in Sacramento and Washington?