6th Street Bridge debut shows some Angelenos like it hot 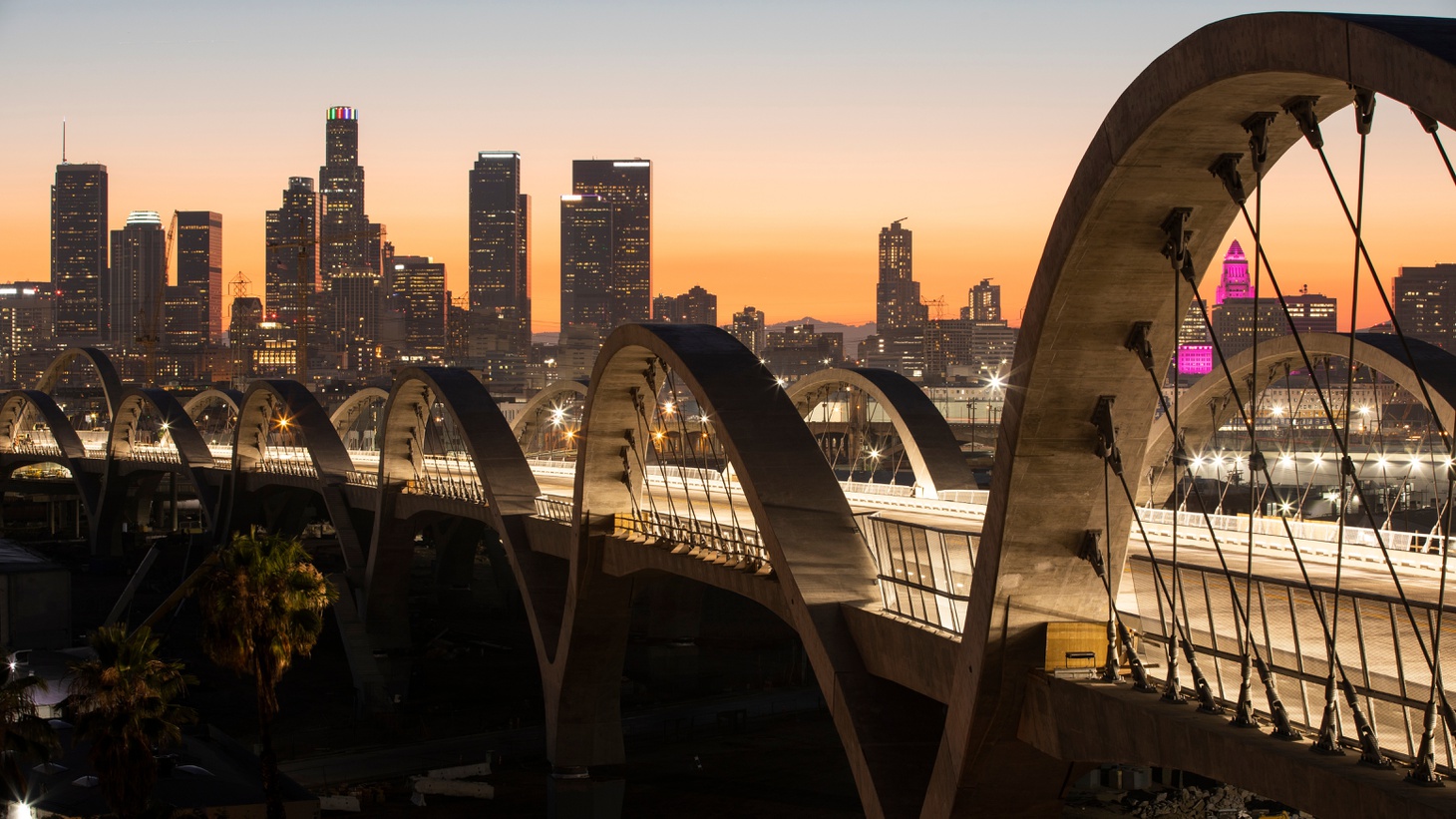 LA’s 6th Street Bridge has been a hit with its stunning views and lit-up archways, and officials were unprepared for Angelenos loving it a little too much, says commentator Joe Mathews. Photo by Shutterstock.

Nothing reveals the character of a city more than the way it opens a present.

California saw as much this summer, as LA and San Francisco each tore the wrapping paper off a beautiful civic gift.

Comparisons are instructive because the gifts in question are so similar. LA’s new 6th Street Viaduct and San Francisco’s new Presidio Tunnel Tops are both expensive new bridges that double as public spectacles.

In July, LA’s new $588 million bridge opened hot — too hot. The city was unprepared for the hordes descending on this beauty of a bridge, with its unmatched skyline views and its “Ribbon of Light” design.

At the bridge, we Angelenos did what we do: Test limits. Moped racers did wheelies. Truck drivers and bicyclists took over the bridge for brief periods. Taggers added graffiti. Climbers scaled the structure’s steep arches. The official response was the typical LA fear-based overreaction.

Local and national media then did their tired tsk-tsking about the inability of Angelenos to behave with decorum.

C’mon. Our lack of decorum is why — cue Randy Newman — we love it!

That didn’t stop holier-than-thou types in civic life from spewing cliched nonsense about the supposed crisis of 6th Street. City Councilmember Kevin De León suggested that Angelenos were overly excited because we lack accessible public spaces — which is self-pitying nonsense in a metropolis full of fantastic gathering spots. The LA Times editorialized that the bridge, a transportation connector between Boyle Heights and downtown, be closed to vehicle traffic. What’s next — shutting Dodger Stadium after eight innings because closing pitcher Craig Kimbrel keeps messing up the ninth?

A week after LA’s bridge opening, the $118 million Presidio Tunnel Tops opened in San Francisco. It’s a park that’s also a pedestrian bridge over Presidio Parkway, a road to the nearby Golden Gate Bridge. Tunnel Tops connects the Presidio’s Main Post with  Crissy Field below. It has panoramic views of the famous bridge and the skyline, native plants, meadows where people sit, a building for kids’ science lessons, and an innovative playground, the Outpost.

San Francisco Chronicle urban design critic John King knocked it for lacking a “sense of arrival,” and for broad walking paths and concrete slopes that suggest “crowd control and maintenance needs won out over design intent.” But given what happened in LA, designing for crowd control seems prescient.

San Franciscans enthusiastically entered Tunnel Tops even before it was officially open, and crowds have been immense. But there were no reports of dangerous incidents, and no security crackdown. San Francisco played its new bridge as cool as Los Angeles played its new span hot.

This summer, your columnist visited both new public spaces. Police closures foiled my first three attempts to cross the 6th Street Bridge. But when I finally made it out there, I felt comfortable and safe. Police  didn’t stop pedestrians (your columnist included) when we raced across the traffic and bike lanes to check out different views. My only complaint was the lack of places to sit down. But that could be addressed as soon as next year, with a new park under the viaduct.

My visits to Presidio Tunnel Tops were quieter than 6th Street despite the presence of even more people. The first time, I lounged on the grass for an hour, enjoying the bridge and city views.

Then I explored the new facility. At one point, in my wandering, I stepped over a low rope to check out some of the plantings in one garden. Within seconds, two people — not security guards, just local folks out enjoying the park — called out, “Sir, please don’t walk around the plants. We’re not supposed to do that.”

I quickly retreated, and then apologized — explaining that I’m from Los Angeles, and don’t know any better.