California’s High Sierra inspires a vision of the future 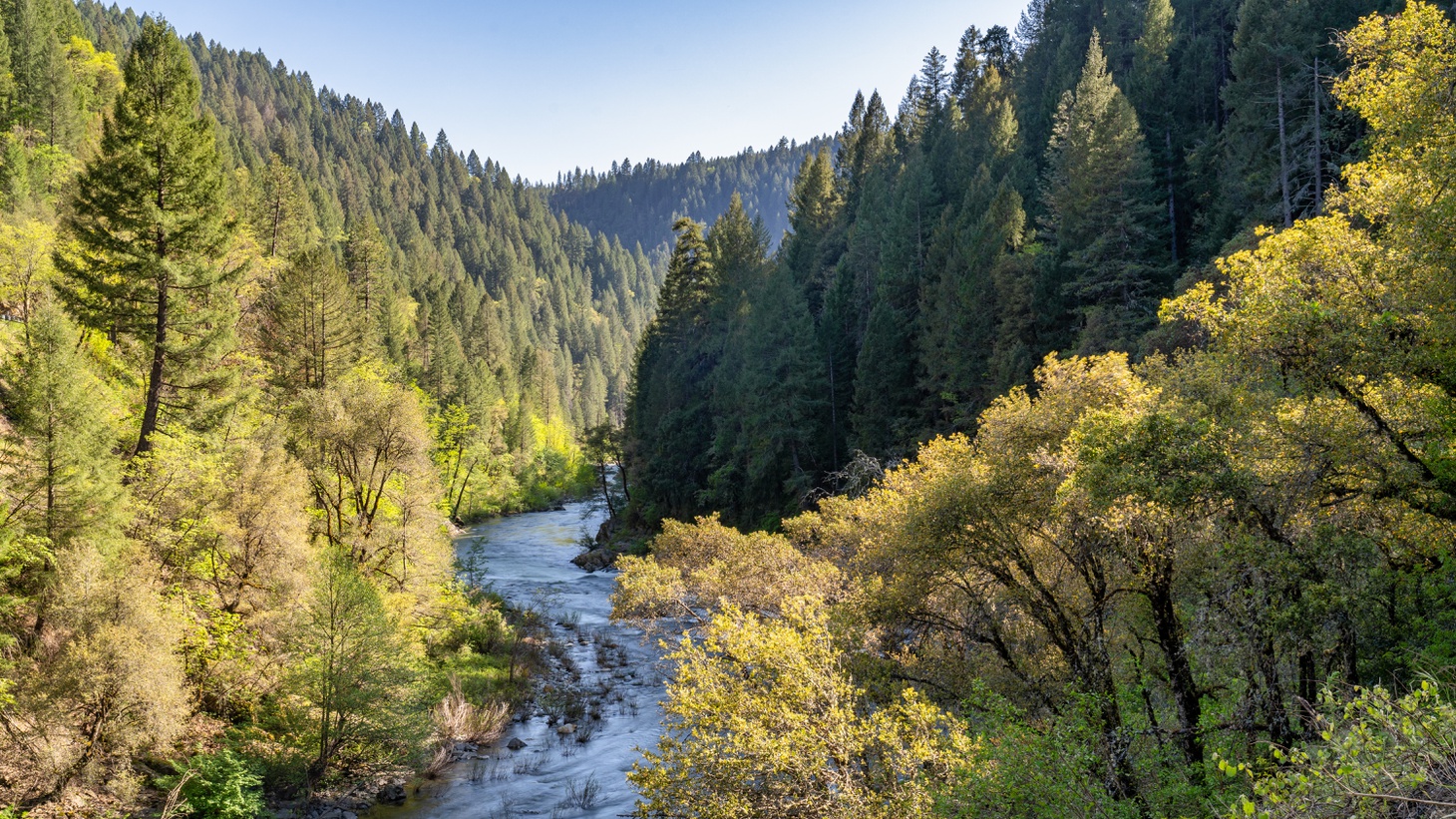 The North Fork of the Yuba River winds through the Tahoe National Forest in California’s Sierra Nevada, where noted futurist Kim Stanely Robinson finds solace, inspiration and reasons for optimism. Photo by Shutterstock.

Want to see into the future?

Then hike the High Sierra.

That’s one conclusion of a surprising new memoir from California’s greatest living science fiction writer, Kim Stanley Robinson, about his lifetime of backpacking in our great mountain range.

“The High Sierra: A Love Story” is as sprawling as the Sierra Nevada mountains themselves. The 550-page memoir offers fast-paced explorations of Sierra history, people, geography — and how the range’s rocks can shift your mind.

“I knew that this granite world, holding me in its cupped hands as I lay on it, glowing luminously in the moonlight, was a magic place,” he writes of his Sierra trips, which began when he was a UC San Diego student in 1973 and continues today, from his Davis home. He adds, “It was as if I could choose to visit heaven.”

The book is most powerful for demonstrating how mountains can inspire visions of the future.

Robinson’s novels are acclaimed for their political and environmental plausibility, their literary polish, and their optimism. Reading his memoir, then, feels like hearing a magician’s secrets.

The inspiration Robinson finds in his Sierra walks clearly informed the characters in his “Three Californias” trilogy (about three different futures of Orange County, where he grew up), who visit Dragon Pass and Dusty Basin. His 2013 novel “Shaman,” which imagines how people live in an ice age, owes a debt to his snow-shoeing trips in the range during winters. His account of an attempted settlement on the moon in 2015’s “Aurora” is inspired by Sierra landscapes, as are some of the scenes Robinson imagines in the 2012 novel “2312,” when human society has colonized other planets in the solar system.

In the memoir, he cops to taking accounts of Martian walks in his “Mars” trilogy — novels chronicling the settlement of the red planet over 200 years — from notes he’d taken in the Sierra.

“In describing the Martian landscape as if it were the High Sierra, I was really fudging it, because only by terraforming Mars could I make that cold poisonous planet into a place anything like the Sierra,” Robinson confesses. “Reviewers who wrote things like, ‘It almost seems as if Robinson has been to Mars,’ always made me laugh.”

The clearest connection between Robinson the hiker and Robinson the writer is climate change, a focus of his 2020 masterpiece, “The Ministry for the Future,” about an imagined U.N. agency that represents future generations. In “The High Sierra,” this utopian writer despairs at the changes he sees in the mountains.

“Higher temperatures are here already, and the Sierra glaciers will soon be gone. The high country will dry out. Back home, I found myself stricken by this realization. Of course people die; I myself will die, but not the Sierras! Not the Sierras.” Later, a friend recounts the Sierra’s  resilience, and Robinson, reassured, learns to see the mountains’ future with “fearful joy.”

Robinson, 70, expresses impatience with today’s arguments around the preservation of land and nature. He is especially critical of the idea, fashionable among progressives, that the concept of “wilderness” — and policies to preserve “untouched” spaces like national parks — are imperialist or colonial attempts to erase indigenous cultures.

“The bad timing of this attack on wilderness is not a coincidence; it both displaces our historical culpability, and it shrinks our present responsibility,” he writes.

Instead, Robinson argues for the long view—and for designating more areas as wilderness.

The preservation of the Sierra — especially the unbroken wilderness from Tioga to the far south of the range — is an achievement that must be emulated, at a global scale, he writes. Near the book’s conclusion, he embraces the late biologist E.O. Wilson’s proposal to leave half the earth empty of human beings. It’s the way, argues Robinson, to save species and our own human descendants, “who otherwise might be given a world wrecked by our ecocide.”

Someday, California’s great futurist-novelist imagines, the Sierra could be a crucial link “in the habitat corridors that eventually will stretch from the Yukon to Tierra del Fuego, as part of a worldwide network of protected land that will help to keep innumerable species from extinction — this is beautiful.”