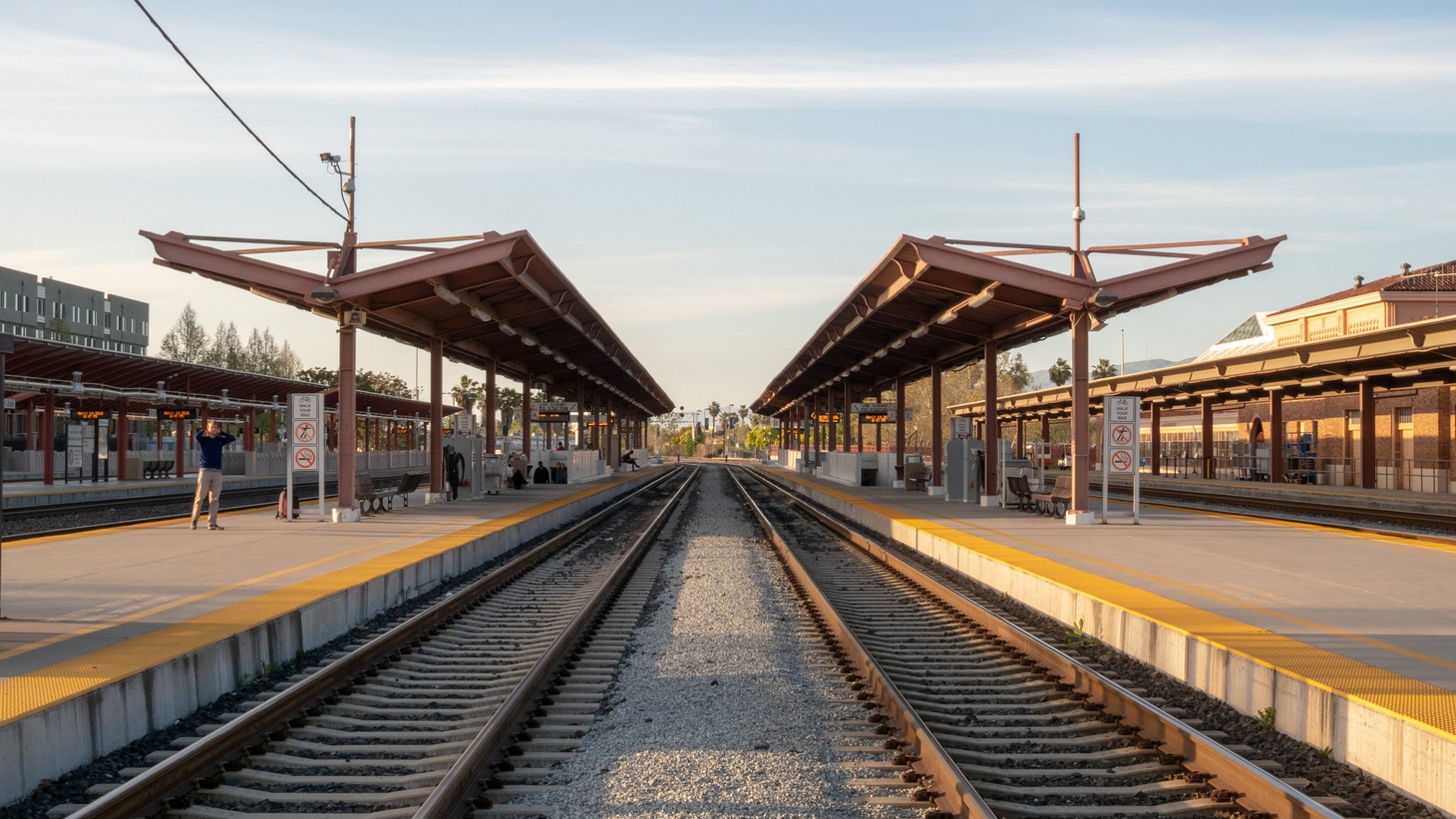 A massive rail project underway at San Jose’s Diridon Station is critical to the state’s transportation and environmental goals, but so far it’s not going well. Photo by Shutterstock.

Can Californians find their way to San Jose?

That spin on Dionne Warwick’s hit song might be the most important question facing state transportation. Because plans to bring California into the 21st century depend on transforming the Bay Area city of 1 million people into our state’s rail capital.

But can these plans stay on track?

Why San Jose? Because it’s home to Diridon Station, a Renaissance revival station where California’s transportation past, present, and future converge.

The high-speed rail plan envisions Diridon as perhaps its most crucial junction, where regional rail lines to San Francisco meet bullet trains going down to Fresno, Bakersfield, and, one day, Los Angeles. Diridon is already the western terminus of the ACE train, which provides rail service to Stockton and is slated for expansion throughout the Central Valley. And it’s the southern terminus of Amtrak’s Capitol Corridor service to Sacramento.

Diridon is also a Bay Area connector. It’s a hub for Caltrain service from San Francisco down the peninsula to Gilroy. It’s a key stop on Santa Clara County’s own VTA light rail system. And it’s a destination of the decades-long, multi-billion-dollar effort to bring Bay Area Rapid Transit (BART) to downtown San Jose.

Add on Google’s massive development plan for the area around Diridon — a downtown village of parks, housing units, office space, and a community center — and the ambitions for the place are heavy.

The worry is that San Jose, and California transportation agencies, can’t carry the weight.

With so many different constituencies hanging hopes on Diridon, multiple failures of governance are converging there, too.

The high-speed rail plan is a total mess, with the most optimistic scenarios showing high-speed rail reaching San Jose in 2031. And the BART extension to downtown San Jose keeps getting more time-consuming and expensive.

Originally approved by voters in 2000, this six-mile, four-station project is shaping up to be one of California’s most difficult infrastructure efforts. Its main problem is local officials’ insistence using an expensive and less proven method to build one of the largest subway tunnels in the U.S. What once was described as a $4 billion project, to be completed by 2026, now is a $9 billion-plus project that won’t be finished until 2034.

Meanwhile, various agencies involved in planning for Diridon’s future — Caltrain, high-speed rail authority, the city of San Jose — aren’t on the same page of how to integrate transportation there, and make the station an attractive place for all Californians.

More disconcerting than the planning troubles is the current state of transportation in San Jose. Newer BART stations in San Jose are ghost towns, left empty because of pandemic shifts to remote work. And San Jose’s light rail, which was shut down for months last year after a mass shooting, has been called “a colossally bad system” by the city’s own mayor, who has smartly suggested replacing it with electric buses.

When I rode the different VTA lines over the course of a recent weekday, the few passengers I saw appeared to be unhoused people living on the train. At several points, I was the only passenger on board. That made sense. The trains are so slow, and make so many stops, that driving is more than twice as fast as riding.

If it’s going to happen, the transformation of San Jose into a transportation capital can’t be that sluggish. All Californians have a stake in San Jose connecting us, especially by rail.

The state needs to step in, take charge, and remove regulatory barriers. The remaking of Diridon Station should get the same exemptions from environmental and other laws that the state granted to new sports stadiums. The state should establish a single governing authority to take over the San Jose transportation hub, and require high-speed rail and local agencies to defer to its decisions.

Timelines must be accelerated and plans simplified so that a new Diridon, with all connections humming, is in place before the end of this decade.

Let’s clear out the obstacles blocking our way to San Jose.