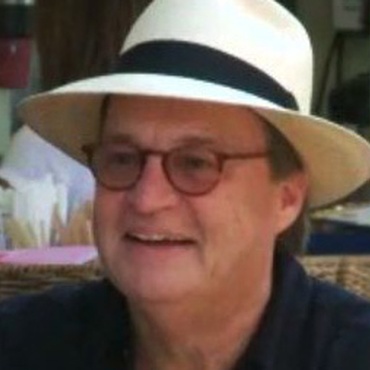 Alex Chadwick is an independent journalist and renowned public radio correspondent, host and program developer. His distinctive work made him one of NPR's most recognized voices during his long career there. Among other achievements, he was part of the creative team that developed and launched Morning Edition, the most successful program in NPR's history. As a feature reporter and host of Morning Edition, he helped create the partnership with National Geographic that led to the enormously popular Radio Expeditions series. Called 'the best writer at NPR,' he has scripted award-winning documentaries for National Geographic Television, ABC and CBS. His original online production, Interviews 50 Cents (NYT.com  'must see' video), was a long-running popular feature at SlateV.com . Chadwick is the recipient of multiple awards including the Dupont-Columbia for Radio Expeditions, 2000; Society for Professional Journalists, Investigative Reporting, 2001 and Overseas Press Club Lowell Thomas Award, 1988 and 1990. In this edition of "BURN: An Energy Journal" Alex Chadwick examines the state of America's electric power grid and the science needed to modernize it. Alex Chadwick's story of two men whose troubles and tragedies find respite in the raging rapids of Cataract Canyon. New technology for developing fossil fuels has led both Barack Obama and Mitt Romney to claim that the US could be "energy independent." What would that mean in a global economy? President Biden's remarks of the 2022 elections How election officials are fighting conspiracies and skepticism

Voting early, in person, by mail, or a dropbox are overseen by registrars. These officials are facing lies and conspiracies about voter fraud, plus safety threats. Why does LA take so long to count votes in midterm elections?

It could take weeks to get official results of the midterms. KCRW looks at where candidates stand in key California House races, and the battles for LA’s next mayor and sheriff. The Belgian-Rwandan electro-hip-hop maestro stops by HQ to serve up visceral “Multitudes” and talk the myth of creative suffering. Esteemed physician Dr. Stephen Bezruchka explains why spending the most in the midst of inequality and flawed politics produces an unhealthy prognosis. This week, The Business revisits a conversation with filmmaker Sharmeen Obaid-Chinoy, who is now being tapped to direct an upcoming “Star Wars” movie, along with Damon Lindelof , who…

Nov. 4 from The Business