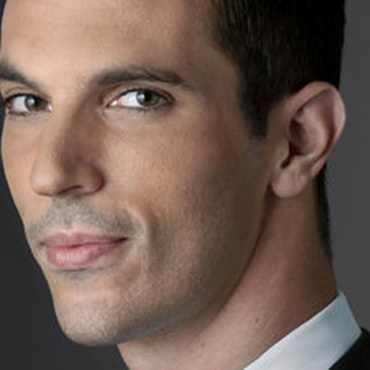 Ari Shapiro has reported from above the Arctic Circle and aboard Air Force One. He has covered wars in Iraq, Ukraine, and Israel, and he has filed stories from five continents. (Sorry, Australia.)

Shapiro was previously NPR's International Correspondent based in London, from where he traveled the world covering a wide range of topics for NPR's national news programs.

Shapiro joined NPR's international desk in 2014 after four years as White House Correspondent during President Barack Obama's first and second terms. In 2012, Shapiro embedded with the presidential campaign of Republican Mitt Romney. He was NPR Justice Correspondent for five years during the George W. Bush Administration, covering one of the most tumultuous periods in the Department's history.

Shapiro is a frequent guest analyst on television news programs, and his reporting has been consistently recognized by his peers. The Columbia Journalism Review honored him with a laurel for his investigation into disability benefits for injured American veterans. The American Bar Association awarded him the Silver Gavel for exposing the failures of Louisiana's detention system after Hurricane Katrina. He was the first recipient of the American Judges' Association American Gavel Award for his work on US courts and the American justice system. And at age 25, Shapiro won the Daniel Schorr Journalism Prize for an investigation of methamphetamine use and HIV transmission.

An occasional singer, Shapiro makes guest appearances with the "little orchestra" Pink Martini, whose recent albums feature several of his contributions. Since his debut at the Hollywood Bowl in 2009, Shapiro has performed live at many of the world's most storied venues, including Carnegie Hall in New York, L'Olympia in Paris, and Mount Lycabettus in Athens. Fanatic! Good to be back with you. I hope your week was safe and productive. We have, yet again put together a show that you will hopefully find to your liking.

May. 8 from Henry Rollins

KCRW’s World Festival is back at the Hollywood Bowl with Kamasi Washington, James Blake, Brittany Howard and more

After more than a year away, the LA Phil is returning with its longstanding KCRW partnership to announce our 2021 World Festival. Producer Scott Rudin’s bullying has been an open secret in Hollywood for decades, and now it’s going public.

May. 7 from The Business May. 9 from Dan Wilcox We got new gems and timeless favorites to help you ease into week including the latest from Mara TK.

May. 10 from Morning Becomes Eclectic