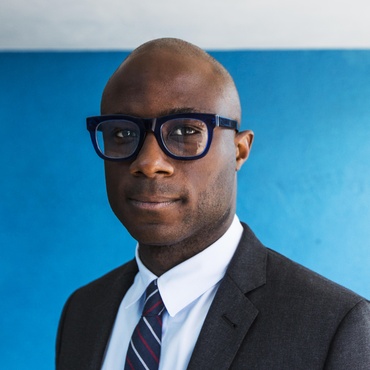 Jenkins along with playwright Tarell Alvin McCraney received an Academy Award for Best Adapted Screenplay for his second feature MOONLIGHT, which won Best Picture at both the Oscars and the Golden Globes (Drama). As well as earning eight Academy Award nominations, ten Broadcast Critics Choice Awards nominations, six Golden Globe nominations and four BAFTA nominations, MOONLIGHT won Best Picture and Director at the Gotham Awards and Best International Film by the British Independent Film Awards. In addition to NYFCC and NBR awarding Jenkins Best Director and LAFCA naming him Best Director and the film Best Picture, Jenkins is the recipient of a DGA Best Director nomination and the winner of the WGA Award for Best Original Screenplay.

Jenkins directed an episode in the first season of the Netflix Original Series DEAR WHITE PEOPLE. Upcoming projects include the feature film adaptation of James Baldwin’s novel IF BEALE STREET COULD TALK for Annapurna and an adaptation of National Book Award winner Colson Whitehead’s THE UNDERGROUND RAILROAD for Amazon, both of which he will pen and direct. He’s also writing a script for a coming of age drama based on the life of the first American Female Olympic boxing champ Clarissa “T-Rex” Shields.

Jenkins, who currently resides in Los Angeles, is a curator at the Telluride Film Festival and a United States Artists Smith Fellow. Barry Jenkins’ “If Beale Street Could Talk” is nominated for several Oscars this year. Adapted from a James Baldwin novel, the movie is a love story between young Tish and Fonny. Written by Amy Ta, produced by Yael Even Or “Moonlight” director Barry Jenkins’ new movie is an adaptation of a James Baldwin book called “If Beale Street Could Talk.” It’s… Barry Jenkins gained worldwide recognition with Moonlight, his film about the life of Chiron, a young black man in Florida struggling with his sexuality and a drug-addicted mom.