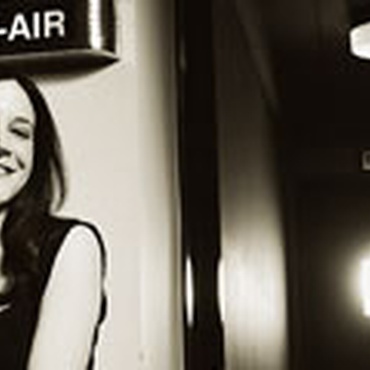 Cathy grew up in Los Angeles and left to study English Literature at the University of Wisconsin-Madison. After earning her degree and hitchhiking throughout Europe, she returned home to find a new path. She went from entertainment publicity, to tutoring, to script reading to slaving as a personal assistant! While working freelance jobs, she decided to volunteer for KCRW, which became the highlight of her week. After two years of free labor in the front office, in the music library and on Morning Becomes Eclectic, she landed her very own music show, Pop Secret (Fri/Sat mid-3am). In addition to programming and hosting Pop Secret, she has spent her time DJ-ing at bars, clubs, restaurants, private parties and sold-out concerts in Los Angeles, including opening for Jamiroquai at the Wiltern and DJ-ing the "Grey's Anatomy" DVD Release Party! She has been fortunate enough to continue her travels by working private parties in Paris, Mexico, Miami, Las Vegas, Sun Valley, San Diego and Palm Springs. She has also delved into the world of music supervision, by placing music in the television movie, "Nadine In Date Land" (starring Janeane Garofalo) as well as the indie film, "Dreamland," which was accepted into the 2006 Sundance Film Festival. Her favorite album is Purple Rain, her favorite movie is Purple Rain and her favorite genius is Prince. On Friday, January 19, 2007, Cathy Tamkin celebrates 7 years of her radio show, Pop Secret. Join her for this final 3-hour show, as she plays some of her all-time favorite tunes, new and old. Jan. 11 from FREAKS ONLY Jan. 12 from FREAKS ONLY

Five Songs to Hear This Week: Extracurricular Radiohead, David Byrne with Yo La Tengo, and more

This week’s offerings highlight a few of last year’s under the radar gems alongside the new and noteworthy. Lucius: ‘Next To Normal’

Today we’re excited to feature a song that drops from the luscious ladies of Lucius, whose boppy “Next To Normal” is culled from from a forthcoming new album “Second Nature.”