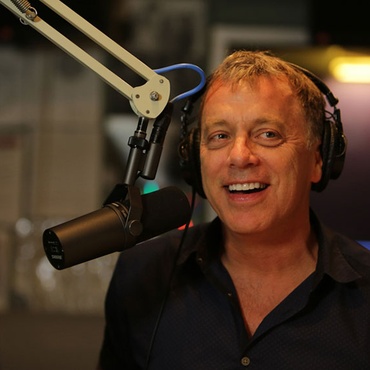 "I plan an interview like a trip," says longtime music curator, radio host, and two-time Grammy nominee Chris Douridas. "I know I'm going to get from here to there, but the side trips and roadside attractions are always the most interesting." Chris' penchant for crossing borders has led him to audiences around the world. Throughout most of the 90's, Chris held the music director position at KCRW. As host of KCRW's popular daily new music program Morning Becomes Eclectic (1990-1998), he was the first to play demos from then-unsigned artists Beck, Gillian Welch and eels, among many others.

While Chris was still in his KCRW role, Geffen Records enlisted him to identify and recruit new artists as an A&R consultant, bringing to the label the bands Remy Zero and That Dog. Two years later, he became an A&R executive at DreamWorks Records where he brought in the eels and Propellerheads, among others.

While at DreamWorks and KCRW, he hosted the debut season of Sessions at West 54th, a weekly PBS music performance and interview program, which bowed in the summer of 1997, and is still in syndication. The show featured interview segments filmed by D.A. Pennebaker, and extended sets from Beck, Fiona Apple, Ben Folds, Sonic Youth, and Zap Mama, along with the television performance debuts of Belle and Sebastian and Jane Siberry, among many others.

Chris is probably best known in film circles as a music supervisor and consultant for major motion pictures and television series, having put together music for Northern Exposure, the Austin Powers series, One Eight Seven, As Good as It Gets, Heat, Grosse Point Blank, Grace of My Heart, American Beauty (GRAMMY nominee for Best Soundtrack), One Hour Photo, Down With Love, The Girl Next Door, The Chumscrubber, Rumor Has It, the record-setting Shrek 2 (GRAMMY nominee for Best Soundtrack) and Bobby, the Robert Kennedy tribute from director Emilio Estevez.

As the new millenium began, Chris set new standards in the online arena as the former VP at AOL Music where he created, produced and hosted the popular Sessions@AOL interview and performance program. For Sessions, Chris interviewed Paul McCartney, U2, Moby, Radiohead, Peter Gabriel, Madonna, Nelly, John Mayer, Sheryl Crow and Avril Lavigne, among hundreds of others.

In his voice-over work, Chris was recently heard in the Nissan Shift TV commercial campaign.

He continues his dedication to discovering and nurturing unsigned and forward-leaning artists through his global radio program, heard on KCRW-FM and KCRW.com. Tom Skinner, drummer for Sons of Kemet and The Smile has music of his own, a full album under his own name. This Thanksgiving holiday week, MBE serves up a feast of guest host offerings.