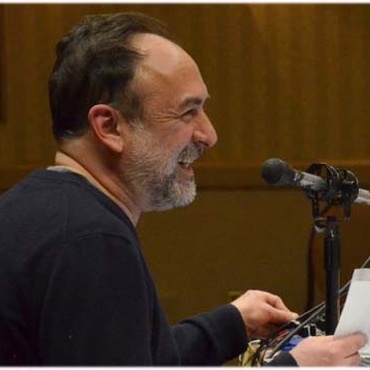 David Goren is an award winning radio producer and audio archivist based in Brooklyn, NY. He’s created programming for the BBC World Service, Jazz at Lincoln Center, The Wall Street Journal magazine, NPR’s Lost and Found Sound series, On the Media, and Afropop Worldwide as well as audio-based installations for the Proteus Gowanus gallery, and the Ethnographic Terminalia Collective. In 2016 he was an artist-in-residence at Wave Farm, a center for the Transmission Arts. Currently David is working on the Brooklyn Pirate Radio Sound Map, a multimedia documentary project that takes an in depth look at urban pirate radio. Pirate radio station WBAD in New York was a beloved source for fans of underground, unsanitized hip-hop in the 1990s, but how high could this illegal operation fly while also staying… Aug. 17 from The Treatment The critically beloved sitcom “The Other Two” follows the trials of the older, struggling siblings of a 13-year-old overnight pop sensation.

Sep. 5 from The Business Universal will be the home of Christopher Nolan’s next project, a film about the creation of the atom bomb

Director Christopher Nolan’s long relationship with Warner Bros. ended when the studio released his last movie “Tenet” on the streamer HBO Max the same day it opened in theaters. Inaccurate murals of Indigenous people might be taken down by Santa Monica. Tribal leader says that’s not enough

The murals, located by the Santa Monica City Hall entrance, show two Native Americans kneeling by a spring, the city's first source of water, while a Catholic monk and a Spanish… Time’s Up in crisis as entire board resigns

Formed in the wake of the #MeToo movement, the Time’s Up organization brought together many high-profile Hollywood women to fight workplace gender discrimination, but the nonprofit has… The creators of “South Park” and Reese Witherspoon probably aren’t often discussed together, but both recently closed $900 million deals. Jeff Bergman’s name may not ring a bell, but he has some very recognizable alter egos: Bugs Bunny, Sylvester the Cat and Yogi Bear, to name a few.

Aug. 22 from The Business