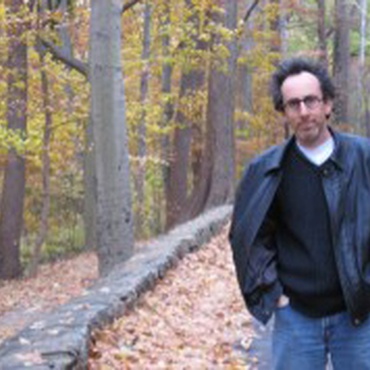 Gideon Brower is a humorist and screenwriter based in Los Angeles. His radio features, documentaries and commentaries air on NPR stations locally and nationally. He has contributed to Joe Frank's radio programs and sometimes fills in as producer on KCRW's To the Point and Which Way, LA? with Warren Olney. In this intimate radio portrait of one of music’s most legendary eccentric geniuses, writer Kristine McKenna offers you a visceral experience of what it was like to be friends with Don…

President Trump and the imagined war on Christmas President Trump and the imagined war on Christmas

President Trump’s first year in office has impacted Americans well beyond policy. He’s in every story, in everything, it seems. CEO Ari Emanuel tried to take his company Endeavor public in the fall of 2019. Chloé Zhao made history as the first woman of color to win Best Director and Best Picture, but the 2021 Oscars will be remembered for the awkward, COVID-era ceremony and blunt ending.

Apr. 26 from The Business Rachel Cusk’s “Second Place” wants to render the sensations and apprehensions of living that are pretty much beyond language. The debut novel of Robert Jones, Jr., “The Prophets,” is lyrical prose about the dimensionality and interiority of people. Writer Mark Harris on Mike Nichols as an outsider.

Apr. 20 from The Treatment After filmmaker Raoul Peck made his award-winning James Baldwin documentary “I Am Not Your Negro,” he had a lot of suitors in Hollywood.

Apr. 25 from The Business Amoeba Music reopens in Hollywood. How will they survive in a streaming world?

Amoeba Music co-owner Jim Henderson speaks with KCRW about surviving the past year, redesigning a record store for the streaming era, and what Amoeba fans can look forward to in the…