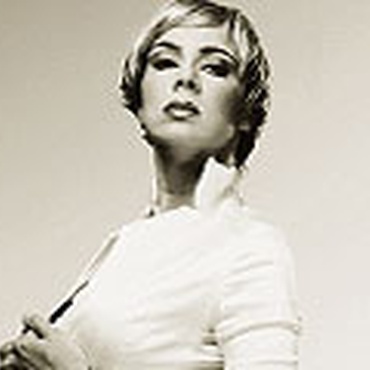 Iris (e-reese) Bahr was born and raised in the Bronx but moved to Israel at the age of 13. She stayed there until completing her military service, whereupon she traveled alone through Asia, the chronicles of which constitute her humorous memoir DORK WHORE: MY TRAVELS THROUGH ASIA AS A 20-YEAR OLD PSEUDO-VIRGIN which was published through Bloomsbury this past March.

It is on the way back from clown class one starry night that Iris got hit by a truck whilst riding her bicycle, spent the next three months in a cast and decided to move to Los Angeles.

Since then she has found success as an actor, writer and director; her first one woman show Planet America ran for over a year and was nominated for Best Solo Performance by LA Weekly (currently in development as a feature film), her short film THE UNCHOSEN ONES played numerous festivals, and most notably, she  has starred on such TV shows as Curb your Enthusiasm (as the recurring Orthodox Jewish character Rachel Heineman of the famed ski lift episode), Commander in Chief, E-Ring, King of Queens, Friends and numerous other shows and pilots.

In October of 06, Iris debuted her second solo show DAI (enough) about a suicide bombing in Tel Aviv at the Culture Project. It had a highly successful run Off-Broadway and will be playing the Edinburgh Fringe Festival in August 2007.  DAI was nominated for a Drama Desk Award for Outstanding Solo Performance. Iris was recently invited to perform DAI at the United Nations in front of over 100 ambassadors and delegates. I thought I would be able to avoid Mahmoud when he came to New York last week, but sadly I had already committed to session with him and I have strict no-cancellation policy for both… My phone has been ringing off the hook with calls from Assad and Kim Jong Il, grilling me about Israeli air strike. "We know head air force commander is your client," they tell… Hello, this is Svetlana Maksimovroskrakghaya with Social Studies for KCRW. I have always liked Toronto film festival because its good way to pick up new clients and catch up with old… Filmmaker James Cameron started pre-production of “Avatar: The Way of Water” in 2014.

Jan. 6 from The Business ‘Women Talking’ director on making ‘a positive, consensual experience’ for kids on set

Writer-director Sarah Polley had a successful career as a child actor.

Jan. 27 from The Business Mary Beth Albright discusses the new field of psychology that examines how food and eating are linked to mood.