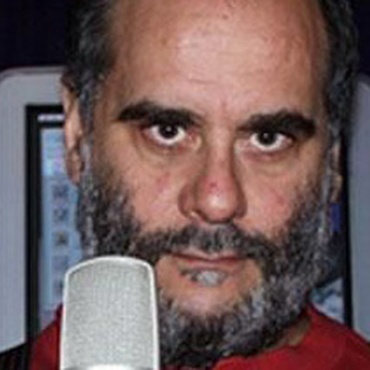 Jon Kalish is a free-lance feature reporter for WBGO who also works for several newspaper and radio outlets. Jon's newspaper stories have been published in all five of New York City's dailies, and around the world via the Reuters newswire. A contributor to National Public Radio's daily newsmagazines for more than 25 years, his radio stories have also aired in Australia, Canada, England, Japan and New Zealand. When Hank Rosenfeld met veteran comedy writer Irving Brecher, he knew he was in the presence of Hollywood history. Plus, what to say when someone asks how to write comedy...

The Latest Intelligence in America's War on Terror The Latest Intelligence in America's War on Terror

The Bush White House has declassified part of the latest intelligence in the war on terror. On Reporter's Notebook, the zone where fish cannot survive is greater than ever at the… Joe Mathews writes that the real problem of California’s high-speed rail project is management, not money. The city of LA has locked basketball hoops in Venice Beach, even as more outdoor and indoor activities get the green light to restart.

May. 3 from Greater LA Apr. 21 from All the Presidents' Lawyers Joe Mathews says national governments and tech companies are not up to the job of regulating the worldwide web. Latinos make up less than 40% of the California population — but more than 55% of the state’s coronavirus cases.

May. 5 from Press Play with Madeleine Brand Josh Barro and Ken White talk about the confiscation of electronic devices from Rudy Giuliani’s home and office, and more.

May. 5 from All the Presidents' Lawyers Whatever Happened to Americans’ Moral Compass?

Journalist and anti-war activist David Harris speaks to Robert Scheer about his resistence to America’s genocide in Vietnam and his education in federal prison. Josh Barro and Ken White talk about a conflict between the FBI and the Department of Justice about the aftermath of the insurrection, Matt Gaetz, and more.

Apr. 28 from All the Presidents' Lawyers