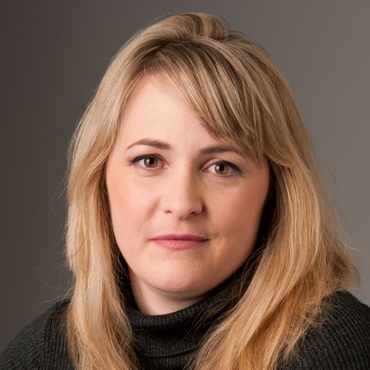 McEvers was previously a national correspondent based at NPR West. Prior to that, McEvers ran NPR's Beirut bureau, where she earned a George Foster Peabody award, an Alfred I. DuPont-Columbia award, a Gracie award, and an Overseas Press Club mention for her 2012 coverage of the Syrian conflict. She recently made a radio documentary about being a war correspondent with renowned radio producer Jay Allison of Transom.org.

In 2011, she traveled undercover to follow Arab uprisings in places where brutal crackdowns followed the early euphoria of protests. She has been tear-gassed in Bahrain; she has spent a night in a tent city with a Yemeni woman who would later share the Nobel Peace Prize; and she spent weeks inside Syria with anti-government rebels known as the Free Syrian Army.

In Iraq, she covered the final withdrawal of US troops and the political chaos that gripped the country afterward. Before arriving in Iraq in 2010, McEvers was one of the first Western correspondents to be based, full-time, in Riyadh, Saudi Arabia.

In 2008 and 2009, McEvers was part of a team that produced the award-winning Working series for American Public Media's business and finance show, Marketplace. She profiled a war fixer in Beirut, a smuggler in Dubai, a sex-worker in Baku, a pirate in the Strait of Malacca and a marriage broker in Vietnam.

She previously covered the former Soviet Union and Southeast Asia as a freelancer for NPR and other outlets. She started her journalism career in 1997 at the Chicago Tribune, where she worked as a metro reporter and documented the lives of female gang members for the Sunday magazine.

Her writing also has appeared in The New York Times Magazine, Esquire, Foreign Policy, The New Republic, The New York Review of Books, The Washington Monthly, Slate and the San Francisco Chronicle. Her work has aired on This American Life, The World, and the BBC. She's taught radio and journalism in the U.S. and abroad.

She lives with her family in California, where she's still very bad at surfing. Podcasts are big right now, as big as things get in the audio world. Every media company from Buzzfeed to the New York Times is investing in them. America's wars in Iraq and Afghanistan could be covered from news bureaus established in Baghdad or Kabul. Syria's civil war is a different story in more ways than one. As some families are preparing to travel and gather for the holidays next week, they should be especially careful as the Omicron variant is expected to overtake the Delta variant, says…