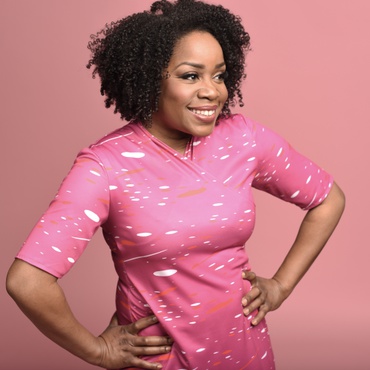 Kimberly Atkins Stohr is a senior opinion writer and columnist at The Boston Globe. She’s also a lead columnist for The Emancipator, a joint venture by Globe Opinion and the Boston University Center for Antiracist Research that reimagines 19th-century abolitionist newspapers to reframe the current national conversation on racial justice.

Kim is also a contributor to MSNBC, co-host of the weekly Politicon legal news podcast #SistersInLaw, a guest host for the NPR/WBUR-produced news program On Point and authors The Emancipator’s newsletter, Unbound.

She has appeared as a political commentator on a host of national and international television and radio networks, including NPR, KCRW, CNN, Fox News, NBC News, PBS, Sky News (UK), and CBC News (Canada).
Before launching her journalism career, she was a trial and appellate litigation attorney in Boston. Panelists discuss Sweden and Russia’s bids to join NATO, the push to unionize, and what modern centrism looks like. Should Clarence Thomas recuse himself from cases about the January 6 riots? Should Clarence Thomas recuse himself from cases about the January 6 riots?

Panelists discuss whether Clarence Thomas should recuse himself from cases about the January 6 riots in D.C., Biden’s new budget, and how to end the oil crisis. Gun rights v. med marijuana rights: You can have both, argues lawsuit

A Florida politician is suing the federal government over what she says is unconstitutional regulation on gun ownership for marijuana users.

May. 6 from KCRW Features No such thing as dissent in the age of big tech

May. 6 from Scheer Intelligence American dissent on Ukraine is dying in darkness

When it came to the Ukraine conflict, Professor Michael J. Brenner did what he’s done his whole life: question American foreign policy. This time the backlash was vitriolic.