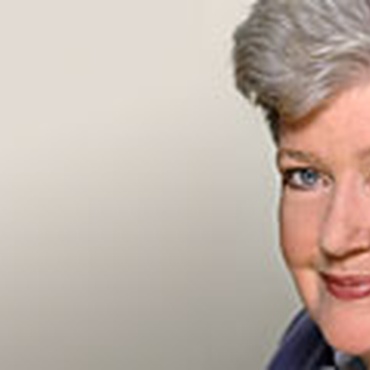 As NPR's senior national correspondent, Linda Wertheimer travels the country and the globe for NPR News, bringing her unique insights and wealth of experience to bear on the day's top news stories. A respected leader in U.S. media and a beloved figure to listeners who have followed her three-decade-long NPR career, Wertheimer provides clear-eyed analysis and thoughtful reporting on all NPR News programs. Before taking the senior national correspondent post, Wertheimer spent 13 years as a host of NPR's flagship news magazine, All Things Considered. As host, Wertheimer helped build the afternoon news program's audience to record levels: The show grew from six million listeners in 1989 to nearly 10 million listeners by spring of 2001, making it one of the top five shows in U.S. radio. Wertheimer's influence on All Things Considered -- and, by extension, all of public radio -- has been profound. She joined NPR at the network's inception, and served as All Things Considered's first director starting with its debut on May 3, 1971. In the more than 30 year since, she has served NPR in a variety of roles including reporter and host.

From 1974 to 1989, Wertheimer provided highly praised and award-winning coverage of national politics and Congress for NPR, serving as its congressional and then national political correspondent. Wertheimer traveled the country with major presidential candidates, covered state presidential primaries and the general elections, and regularly reported from Congress on the major events of the day -- from the Watergate impeachment hearings to the Reagan Revolution to historic tax reform legislation to the Iran-Contra affair. During this period, Wertheimer covered four presidential and eight congressional elections for NPR.

Wertheimer is the first person to broadcast live from inside the United States Senate chamber. Her 37 days of live coverage of the Senate Panama Canal Treaty debates won her a special Alfred I. duPont-Columbia University award.

In 1995, Wertheimer shared in an Alfred I. duPont-Columbia University Silver Baton Award given to NPR for its coverage of the first 100 days of the 104th Congress, the period that followed the 1994 Republican takeover of Congress.

Wertheimer has received numerous other journalism awards, including awards from the Corporation for Public Broadcasting for her anchoring of The Iran-Contra Affair: A Special Report, a series of 41 half-hour programs on the Iran-Contra congressional hearings, from American Women in Radio/TV for her story Illegal Abortion, and from the American Legion for NPR's coverage of the Panama Treaty debates.

Wertheimer was named in 1997 as one of the top 50 journalists in Washington by Washingtonian Magazine and in 1998 as one of America's 200 most influential women by Vanity Fair.

Prior to joining NPR, Wertheimer worked for the British Broadcasting Corporation in London and for WCBS Radio in New York.

Her 1995 book, Listening to America: Twenty-five Years in the Life of a Nation as Heard on National Public Radio, published by Houghton Mifflin, celebrates NPR's history. Fanatic! I hope your week was great. Tune in today to celebrate the sounds and spirit of MBE’s own weather report forecaster , the inimitable David Lynch.