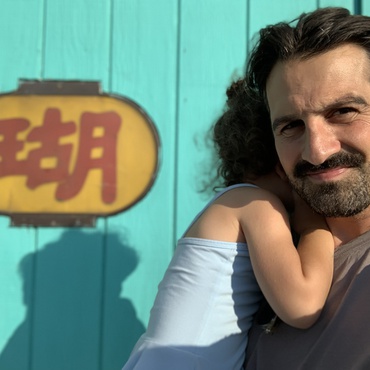 Nassir Nassirzadeh has always felt connected to the plight and flight of the underdog, whether it’s Rocky Balboa, the 1992-1993 Lakers, or musicians who are under the radar but deserve access to the wide audience that needs them.

After graduating from USC, Nassir started his music career at KCRW as a volunteer, and later on staff as the assistant music librarian. He played a key role in the station's massive music library digitization project in 2007, storing over 60,000 titles and assisting his favorite DJ's with finding and organizing music for their various shows. It was through this project that he learned the magic of unearthing and sharing obscure musical treasures.

Nassir would eventually work closely with one of the station's legendary pioneers, Chris Douridas, serving as day-to-day general manager and lead talent booker for Chris' tastemaker School Night! showcase on both coasts, which included early performances from Billie Eilish, Dua Lipa, Hozier, and Sofi Tukker to name a few. Nassir also worked with Chris and independently as a music supervisor for film and television. Currently, Nassir is a music creative executive at Netflix, casting music talent for the studio's ambitious slate of animated films.

Music has always helped define and enhance the greatest moments in Nassir's life. Nassir loves taking new music and blending it with something familiar. “It's like a scent that takes you to a place in the past so there's this nostalgic element to it, but also can continue to grow with you through new context and experiences."

KCRW has given Nassir endless driveway moments where time stands still because of what’s on the radio. The fleeting joy of music is too good to disconnect from. A line from one of his favorite songs says it all:

Nassir looks forward to bringing you into your body and into the moment with music that is both old and new, known and unknown. Apologies in advance to your boss. Jan. 13 from FREAKS ONLY You may know Pauli The PSM (a.k.a. IDLES: ‘When The Lights Come On’

Bristolian five piece IDLES launch a motoric, menacing sound on “When The Lights Come On,” which frontman and lyricist Joe Talbot calls “a poem of light and sound exploring the cold… Jan. 12 from FREAKS ONLY Jan. 10 from FREAKS ONLY

The new project from Radiohead’s Thom Yorke and Jonny Greenwood, The Smile, leads the pack this week.