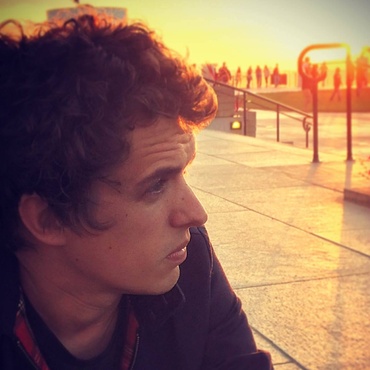 Nick White is an award-winning radio producer and editor based in Los Angeles CA. His work has been heard on various outlets around the world including NPR, the BBC World Service, Marketplace, WBEZ, and WNYC.

He's the creator and executive producer of 'Lost Notes' - a music documentary podcast. He serves as a senior editor for several programs at KCRW including UnFictional, Here Be Monsters and The Organist. He also served as the editor for KCRW’s Independent Producer Project.

Nick spent several years as the senior producer for NPR's Bullseye with Jesse Thorn and worked closely with the Maximum Fun podcast network at that time. In 2012 Nick worked with Marc Maron to bring selections of his WTF podcast to public radio stations across the country. PRX awarded the series a Zeitfunk Award for ‘Longest Content Advisory’.

Before coming to Los Angeles, Nick spent several years in Chicago as a producer for WBEZ. He also served on the board of directors for the Chicago Independent Radio Project (CHIRP).

In 2016 Nick created, directed and produced a science fiction radio anthology called The Outer Reach. It featured performances from Martin Starr, Aparna Nancherla and Echo Kellum among others and was released on the Howl/Stitcher Premium podcast platform.

Nick’s work and collaborations have been recognized by The Los Angeles Press Club, Public Radio News Directors Incorporated (PRNDI) and The Edward R. Murrow Awards (RTDNA) among others. In 1980, anti-disco sentiment was at a high and Grace Jones was coming off a trilogy of disco albums. If she stayed stagnant, it felt like her career could be swept away. Most know Minnie Riperton because of one part in one song. “Lovin’ You” was Riperton’s biggest hit, and she doesn’t sing that magic, piercing note until around the 3-minute mark. In December of 1980, two exiled artists and freedom fighters attempted return to their home in South Africa for a concert. Fanatic! I’m sitting on the tour bus in Fort Smith AR. We actually had some fall weather for a few days but that’s over with and we’re back into the heat. Totally Enormous Extinct Dinosaurs’ 3 Song Story expands on the 'love during apocalypse’ theme of his first full-length album in 10 years, ‘When the Lights Go.’

Sep. 7 from FREAKS ONLY The politics of abortion: Is there a middle ground?

Panelists discuss how abortion policies are advancing nationally, and why the politics are so divisive. Plus, are Americans ready to move on from debating the pandemic and the Jan. Fanatic! I hope your week was great. I’ve been listening to a lot of Joy Division and repeated plays of Scary Monsters.