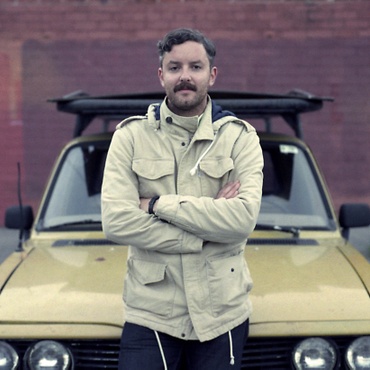 Richard Parks III is a multi-hyphenate living in Los Angeles. He is the co-author of Guerrilla Tacos: Recipes from the Streets of L.A., and has written for Lucky Peach, The New York Times, and McSweeney’s. He made a musical radio drama with the Flaming Lips for KCRW, has contributed to Snap Judgement, and he hosts Richard’s Famous Food Podcast. He is occasionally an actor. His short films include Music Man Murray (a documentary about a man, his son, and hundreds of thousands of records), a micro-doc about Biosphere2 that was a Vimeo staff pick, and an underwater video entitled Noise with musician Nicolas Jaar. In 1989 McDonald’s ran the biggest flexi-disc promotion ever, sending out 80 million discs (playing the “Menu Song”) as inserts in newspapers all over the country.