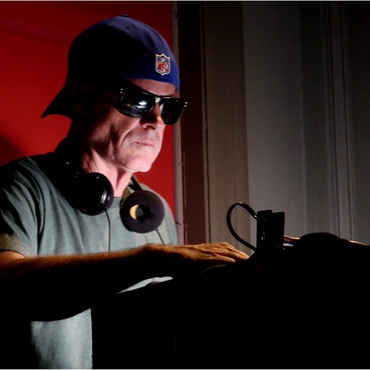 At 18, when his High School classmates made up the "Most Likely to be Radio DJ" recognition especially for him, Scott's fate was pretty much sealed. From the reggae-centric and top rated "Get Up Stand Up" show on The Beat and KDAY to Indie 103.1's tribute to original punk and indie "Retrograde", Scott has mastered deep dives into multiple genres, but can blend many effortlessly into a genre-bending adventure in rhythm. It it rocks, it works, no matter where it came from. Scott has opened for Madness, The Specials, the Pretenders, Lily Allen, Adam Ant, Blondie, The Damned, the New York Dolls, Echo and the Bunnymen, Bill Idol, Paul Weller and just about every reggae act on planet earth. He carries mixtapes in his back pocket in case of emergency and isn't afraid to use them. May. 2 from Anne Litt Wake up and get your groove on with Anthony and Novena on this Cinco de Mayo!

Wake up and get your groove on with Anthony and Novena on this Cinco de Mayo! Enjoy your day with new tunes from around the globe.

May. 5 from Morning Becomes Eclectic May. 5 from Aaron Byrd It's Friday! We've got hand-picked selections for you that guarantees to put a smile on your face

It's simple. You've made it to Friday, and you deserve music that FEELS good. We've got hand-picked selections for you, certain to put a smile on your heart.

May. 7 from Morning Becomes Eclectic May. 2 from Jason Kramer