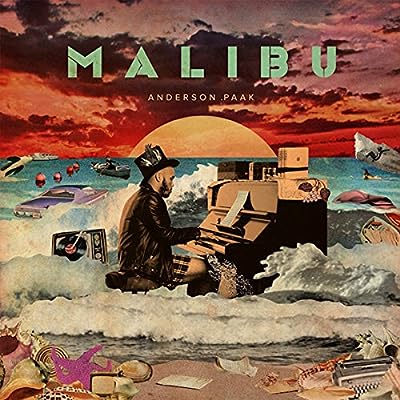 watch the live Session Listen on Spotify
2016: The Year of Anderson .Paak

2016 will be remembered for the greats we lost: Bowie, Prince, Phife, Cohen and more. While their departures will not be forgotten, I will also remember 2016 as the year of Anderson .Paak.

Though known in certain circles of Los Angeles, this is the year the world discovered this immensely talented Southern California native. On January 15, he released "Malibu" to critical acclaim. The full-length album features several stand out songs, including "Come Down", which you can hear on TNT's NBA coverage, as well as the song of the year, "Am I Wrong". Eleven months later, the album is still universally respected and has topped many DJ “best of” lists.

Every facet of soul music is on full display with "Malibu". It incorporates sounds and influences of yesterday while weaving a progressive mix of R&B;, hip-hop, soul, funk, electronica, disco and church chords. But this collage isn't even what makes the album so special. It's Anderson himself. His seamless ability to both rap and sing, his word play and vocal presence make him - and thus "Malibu" - one of kind. Dr. Dre instantly recognized this fact and that's why two weeks after the album’s release he signed .Paak to his label, Aftermath.

In Feb, .Paak performed on the Late Show with Stephen Colbert. In March, he was the talk of SXSW, and hot off that run of showcases he brought his talents to KCRW (watch below) and later wowed Coachella.

In a time of unlimited access to musical artists pushing the boundaries of sound, Anderson .Paak stands above the rest. I have no doubt 2016 is just the beginning.