A Quarter-Mile Trip Around the World OK, my friends. Today, I want to invite you on a journey around the world – to Asia, Europe, Latin America, Northern Africa, and, of course, the United States. And, lucky for us, our tour guide is Robert Rauschenberg, the famous American artist whose famous ¼ Mile masterpiece is dramatically installed at LACMA. 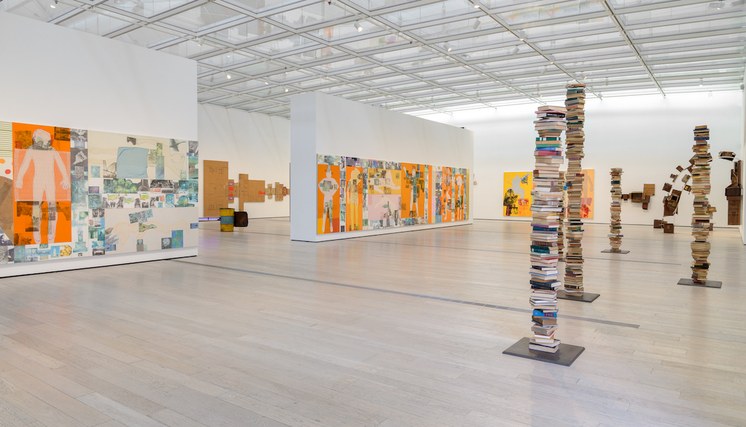 Indeed, this 1000-foot-long artwork consists of 190 panels, and incorporates a multitude of materials including printmaking, photography, sculpture, painting, and god knows what else… 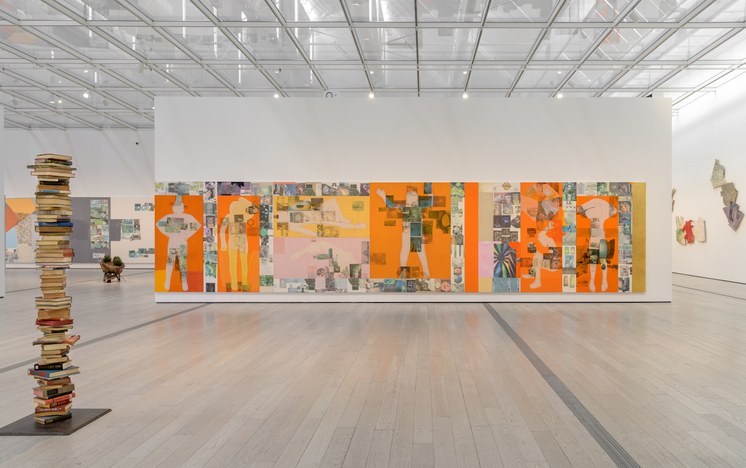 It took the artist 17 years to finish this monumental work, which must be described as his magnum opus. It’s known that Rauschenberg thought about this work as a self- portrait. Of course, it’s a symbolic and philosophical self-portrait; a mosaic consisting of mass-media images, photographs by the artist, textiles, wild splashes of paint, and such objects as discarded cardboard boxes, books, and traffic lights. 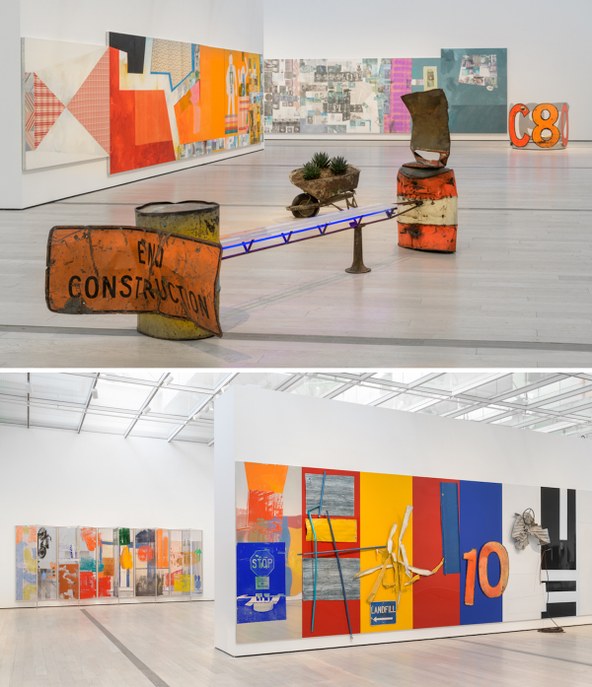 Trust me – you’ve never seen anything as impressive and overwhelming as this artwork. You may find yourself getting high… at least, I did. Let me end with a statement from LACMA’s Director Michael Govan: “This work is an immersive meditation on the whole world of culture as well as the artist’s own life of ideas. It’s global and personal – a museum of images unto itself.” 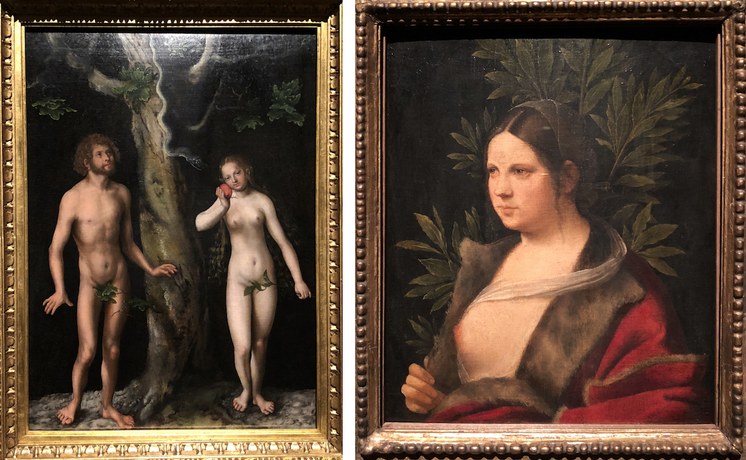 L&R, Installation shots from The Renaissance Nude at The Getty Museum. L: The Temptation of Adam and Eve, 1510. Lucas Cranach the Elder. R: Laura, 1506. Giorgione. Photos by Edward Goldman. 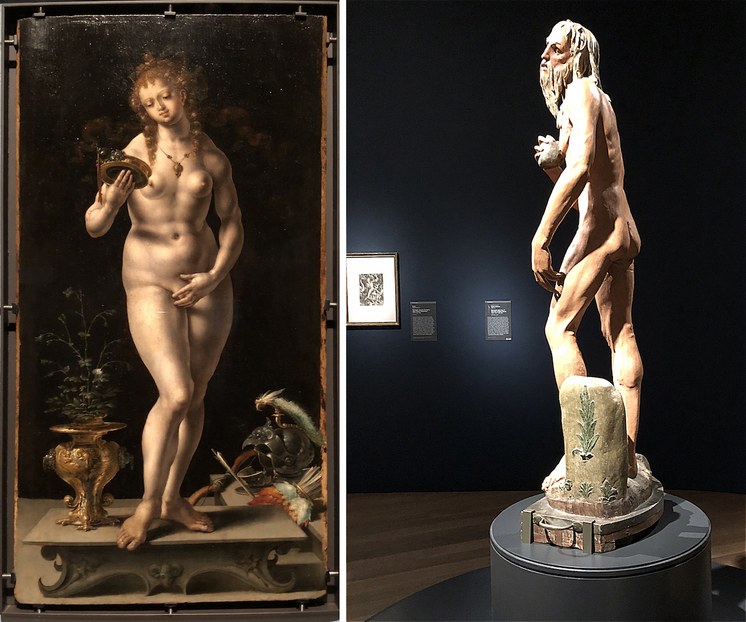 There are paintings, sculptures, drawings, and prints by the biggest names among the artists from the early 15th to the early 16th century. Inspired by ancient Greek and Roman art, European Renaissance artists presented the naked human body as the central subject of their art. 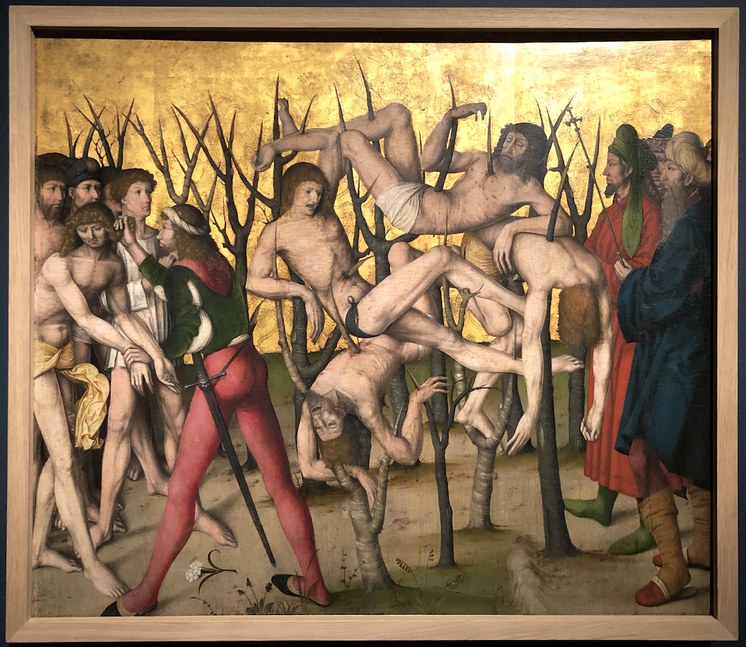 Installation shot from The Renaissance Nude at The Getty Museum. Martyrdom of the Ten Thousand, ~1508-9. Workshop of Hans Leu the Elder. Photo by Edward Goldman.

The exhibition is full of idealized religious images of female and male nudity. But, a surprising component of the exhibition is the number of religious scenes depicting Christ and Saints as less than beautiful, but real human beings, full of pain, suffering, and unimaginable devastation. 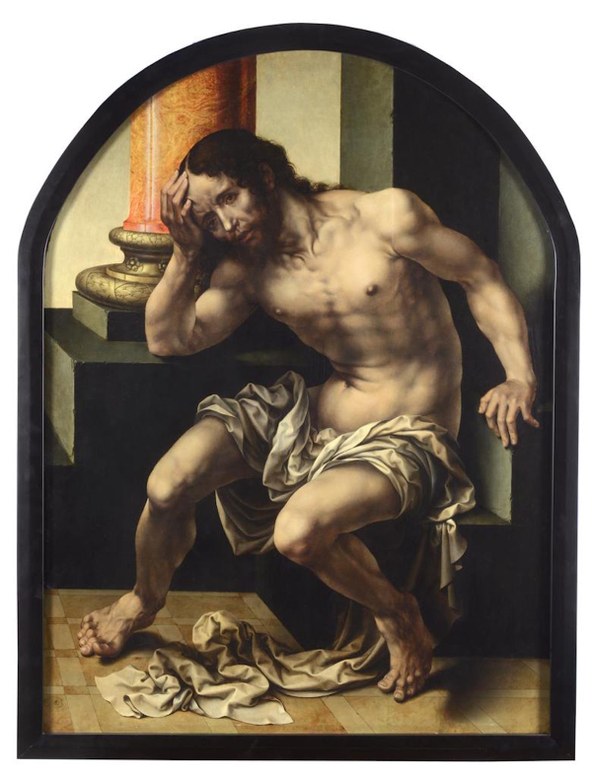 Just take a look at Christ on a Cold Stone by Jan Gossart: a naked Jesus, sitting and holding his head in his hand. His pose and his facial expression reveal how heartbroken he is by something he has just seen. Boy… with tragic events as of late, including the shooting in the Pittsburgh synagogue, we all can relate to the emotion of this heartbroken Jesus, can’t we?