5 Design Things To Do This Week, 4th of July Edition

We’re all familiar with the story of George Washington’s false teeth. But now you have the chance to get more acquainted with his nose as well. The Hammer Museum, as part of Made in L.A., is featuring an on-going piece on Lindbrook Terrace by artist Piero Golia that “replicates a full-size fragment of Mount Rushmore–specifically George Washington’s nose.” Have you heard of an artsier way to show your patriotism? (Image above: Piero Golia, The Comedy of Craft (Act 1: Carving George Washington’s Nose), 2014; Foam, tools, and performance; Courtesy of the artist; Gagosian Gallery, New York; and Bortolami Gallery, New York)

Independence Day doesn’t feel complete without a fireworks show, and some can be amazing displays of pyrotechnic art. Here are some of your options in the Southland; tell us which you think will be the most stunning to look at: 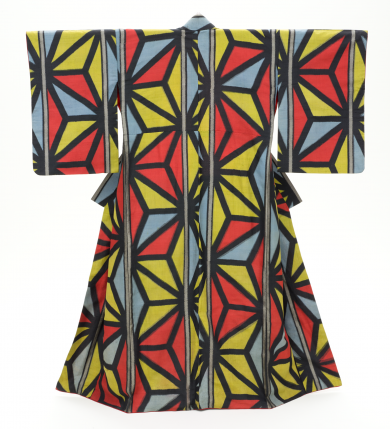 3. Kimono for a Modern Age

Japanese women continued to wear kimonos into the 20th century, but they adopted modern textiles and design to reflect changing times. LACMA will display 30 “captivating examples” of 20th century kimonos from their permanent collection.

Lovers of two-wheels and doodles will love this contest from the Santa Monica Museum of Art. Draw your best ‘bike critter’ for a chance for it to be displayed at their Tour da Arts cultural bike event taking place on August 24.

When: Submissions due Monday June 30, 2014 at midnight

Where: send submissions to education@smmoa.org

Sean Dougall cut his teeth as a designer with Tribe, Inc, helping design and art direct stages for five Super Bowl Halftime shows, sets for performers including Jay-Z, and the famed “classical” staging for the 2008 Democratic National Convention. Andrew Paulson had a thriving career as a literary agent. Together they have formed a Watts-based design company Dougall Paulson, and the fruits of their labors are on display at Therien & Co gallery on La Cienega. The side tables, chairs, cabinets and stools of Dark Matter, wrought in luxurious materials like polished bronze, hand-carved travertine, lacquer and leather were inspired “by the luminous, chaotic energy of the cosmos,” say the designers, and look like they could adorn the interiors of a sci-fi bad guy.  Weavings in wool and copper wire weavings, designed and made by Andrew Paulson, line the walls.

If you would like an event to be considered for DnA’s weekly 5 Design Things post, please email all information about your event and jpegs to caroline.chamberlain@kcrw.org by the Wednesday prior to the week of your event.