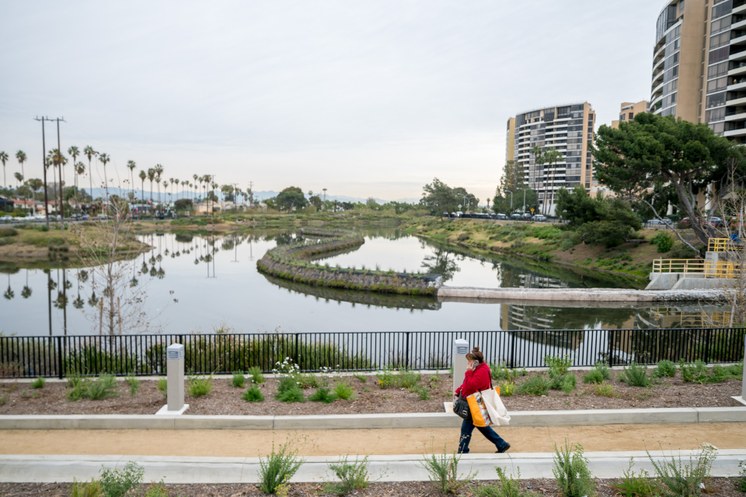 In 1959 the Oxford Basin in Marina del Rey was built to manage the risk of flooding.

For a long time it sat empty. During the 1960s through the 1980s, it became a dumping ground for hundred of abandoned dogs, cats, rabbits, and chickens.

But over the past six years there’s been a makeover.

So now the Oxford Basin Multi-use Enhancement Project has become a place to hang out and look at wildlife and plants -- and educate kids on the Southland’s relationship to water. 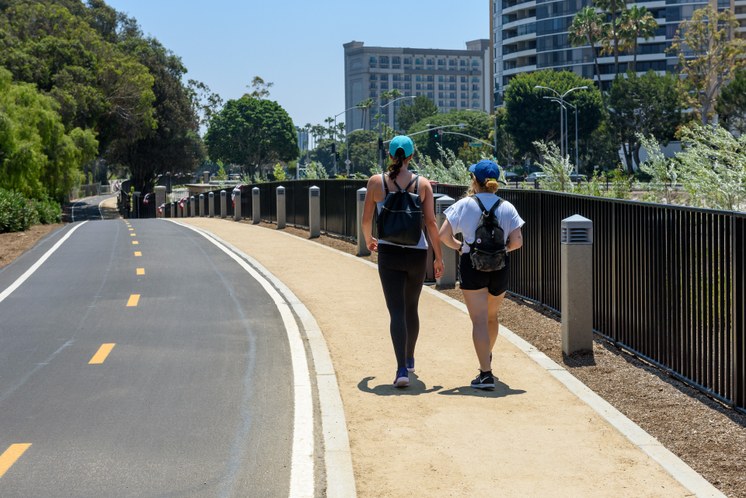 The same kind of makeover is happening at spreading grounds like Tujunga Wash in the San Fernando Valley, and at key points along the LA River. The 51 mile river, known for many decades as a flood control channel that existed to throw water as fast as possible to the sea, is now being enhanced with cycle paths and parks along its edges.

Sociologist Eric Klinenberg told DnA this approach is essential as we move into a future beset with environmental challenges.

He’s just published a book called “Palaces for the People: How Social Infrastructure Can Help Fight Inequality, Polarization, and the Decline of Civic Life.”

The impetus was his involvement in the ‘Rebuild by Design’ competition that was launched after Hurricane Sandy devastated New York and New Jersey.

In working with architects like Bjarke Ingels he learned how resilient infrastructure like flood control systems can also be social, serving as a multipurpose civic space: a berm that serves as a park on regular weather days, for example. 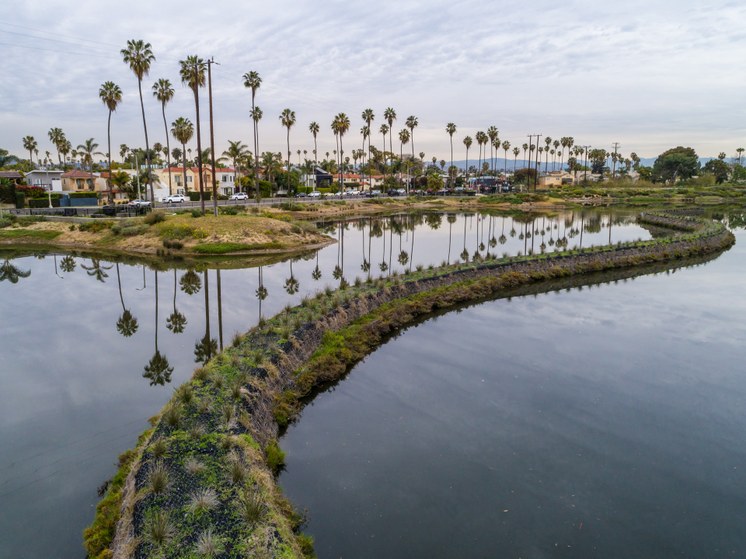 Such projects do not come free, however, and the Department of Public Works is hoping voters support a measure on the ballot this November that will raise more funds.

Measure W -- that’s W for Water, not Waste -- asks for a 2.5 cent tax per square foot of impermeable areas of private properties, driveways, patios, and buildings.

That is, areas that do not capture water or enable it to soak through to the aquifer.

The average single-family home would expect to pay $83 a year.

The money raised -- an estimated $300 million per year -- will fund projects from street medians to wetlands basins, and multi-benefit projects for water quality and enhancement like Oxford Basin.

If you already capture water on your site, in a cistern or via permeable paving, you’ll get credit. Also, government buildings, public schools and nonprofit organizations would be exempt.

The goal of this measure would be to reduce our need to import clean water from elsewhere. It’s also to comply with costly water-quality mandates.

This Thursday, engineers and other public works officials will gather at Marina del Rey’s Oxford Basin Multi-use Enhancement Project to discuss plans for modernizing the County’s 100-year-old system for an era of climate change, and they hope to drum up voter support for the measure to help pay for this water system for the 21st century.

This is a good time to talking about this. The Southland may get a lot more rain in the coming months. Weather researchers say there’s 65 percent chance of a rain-soaked El Niño Winter.