If roads are to be safer for cyclists, bicycle commuting needs to be normalized, say experts, and that means encouraging a wide range of people to cycle. And that includes women, who are far outnumbered by men on the road.

DnA explores some of the reasons for this, among them the dominance of “bro culture,” and the planning of bike lanes, which are being put on LA’s arterial streets.

Even with painted bikeways, cycling alongside fast cars, buses and trucks has been found to be intimidating to many people except “fast and fearless” cyclists, who tend to be overwhelmingly male. 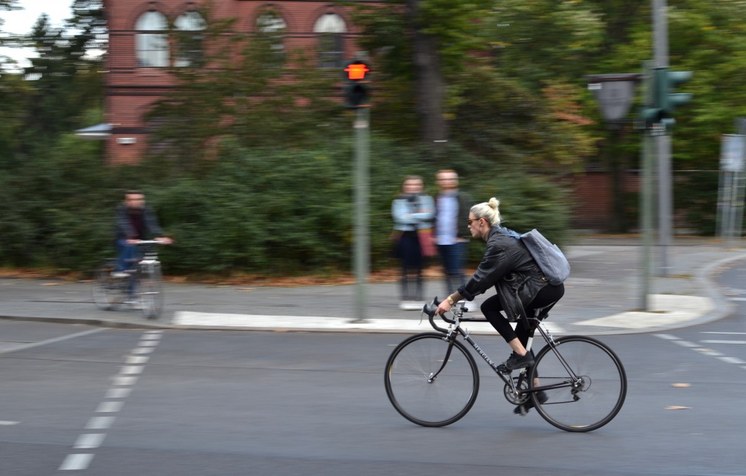 In 2009, women accounted for just 24 percent of bicycle trips in the United States. Compare that to other countries such as the Netherlands, where women account for 55 percent of bike trips; in Germany, it’s 49 percent.

“Women in particular are more averse to traffic turbulence, let's call it. We’re willing to go out of our way to get a quieter street, or slower street, even if it means we add a little bit of extra distance to our commute,” said Seleta Reynolds, general manager of the Los Angeles Department of Transportation (LADOT).

Reynolds argues that a movement of “vehicular cyclists” in the 1970s and 80s argued that bicycles should be allowed to share the streets with cars.

“Those folks figured out how to infiltrate and influence the committees on major institutions that make the design guidelines, that write the book on how we design bike lanes in the U.S., and they were mostly male and they were mostly in that ‘fast and fearless’ group of cyclists.”

The other contributor to putting bikes on arterials is that transportation funding to build bike facilities comes through the frame of emissions reduction.

“In order to demonstrate that your project is worthy you have to show that you are taking cars off the road and thereby reducing emissions,” Reynolds said.

Of course, it’s from the busy arterials that you get the biggest bang for your buck in terms of reducing cars and emissions.

But the department is working on “a whole new wave of designs for people biking and walking” that want calmer routes, explains Reynolds, and that includes creating a Greenway Network through LA’s quieter, residential streets.

“But where the neighborhood greenway network always falls apart is when you have to then swim across the wide river of a fast arterial street. And so that means that we need to put in things like you know signals and other sort of things that make it easier and more comfortable to get across that route.”

Reynolds says she’s looking “block by block and neighborhood by neighborhood and it takes a very thoughtful approach. But when we have you know as many people as many women biking as we do men in L.A. Then I will know that we have been successful at designing a system that really works for everybody.”

There are other factors impacting women’s decision to ride a bike and one of them is clothing.

Nona Varnado explains that where men give little thought to what to wear, women worry about how they will appear on arrival at work or a date.

If that’s a challenge now, think of what it was like in late 19th century Victorian England, when the bicycle was first invented.

Pedal power was hugely attractive to women who could afford a bicycle -- because it represented freedom!

But it wasn’t made easy for them. According to Dr Katrina Jungnickel, “onlookers often hurled abuse and stones at female cyclists, while conservative social attitudes meant that it was unacceptable to appear in public wearing trousers.” 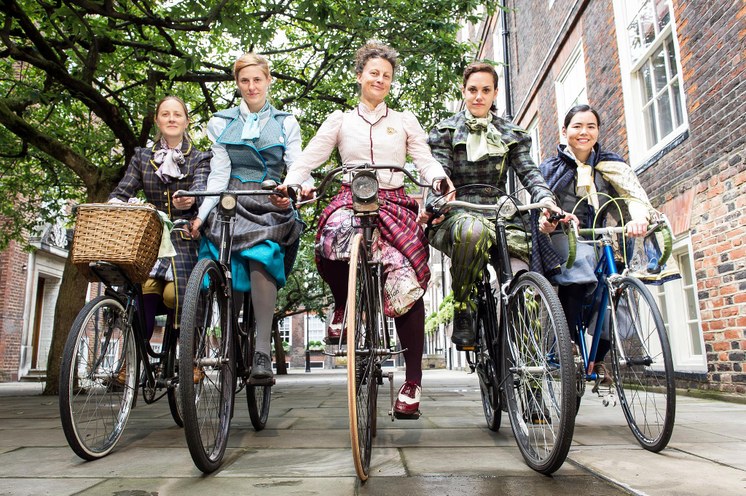 Jungnickel is the author of a new book called “Bikes & Bloomers: Victorian Women Inventors and their Extraordinary Cycle Wear.” She writes about the astonishing patented inventions dreamed up by women who were determined to ride a bike, without the limitations of clothing typical of their day: “a long full length skirt, up to seven pounds of heavy layered petticoats, tightly laced corsets, tailored blouses, vests, jackets, gloves, veils and more.”

They created a type of convertible bicycle wear and a Brixton dressmaker, Alice Bygrave, invented a garment with a pulley system, in which cords could pull on a weighted hem and lift the skirt up for riding. Jungnickel and her team actually made the outfits from original patterns, and described it as a “skirtain.”

It would seem those days are behind us but some women feel full acceptance on bikes is still out of reach, because of what some see as a dominant “bro culture” in cycling.

Reynolds agrees that cycling tends to be a “very muscular male culture, it is about how fast your time is on Strava, it is about bike messenger culture, that's really what it grew out of.”

She concludes that everyone will benefit if street cycling ceases to be “tribal’ and instead is “normalized,” as in other countries where a bicycle is simply a form of transport like a car, bus, train or plane.

“And since the tribe is mostly made up of men right now, I think it is hard for women to feel comfortable and that's why you see a lot of intentional work by some of the best bike advocacy groups in the country around how to get women into cycling…. there's great work happening but there's I think a pretty long way to go.”

While the Trump administration warns of a so-called “caravan” of Central Americans trying to come north, there’s reverse flow as well. Tijuana has become a hotbed of design,...

If roads are to be safer for cyclists, bicycle commuting needs to be normalized, say experts, and that means encouraging a wide range of people to cycle. And that includes...