How Bill English helped create the computer mouse, and the effort to change the face of architecture SoCalNOMA (National Organization of Minority Architects) holds a summer camp to introduce young people to careers in architecture. Photo credit: The Next Level Brothers for SoCalNOMA

The man who made a mouse

On December 9, 1968, Silicon Valley witnessed an event that’s become known as the “mother of all demos.” For the first time, computer engineer Douglas Engelbart introduced elements of the personal computer. His concept was a machine that anyone could use simply by manipulating images on a screen. It represented a dramatic break from prior computers that were operated only by experts, who entered and retrieved information using punched cards, typewriters and printouts.

To manipulate those images, Engelbart envisioned a device that could move a cursor across a screen. That device, the mouse, was made into a reality by Engelbart’s Stanford Research Institute colleague, computer engineer William English.

His son John English is a longtime architectural preservationist in Los Angeles. He’s better known for his retro, twirling, waxed moustaches than for a familial connection to one of the most game-changing products of our time.

English recalls that in the early 1970s, his father telecommuted using a modem, with the central computer located at Xerox PARC (Palo Alto Research Center). The computer was named Max. “When things were running a little slow and he was frustrated with the connection, he would say something like, ‘Come on, Max.’”

He reflects on Bill English’s deep knowledge of connectivity and its applications today. He also explains the origins of the name “mouse,” and what his father thought of Apple’s version of the concept.

“The early version was larger. It was a bit boxier. It definitely had three buttons, and that was for the various function controls. My father was never happy, certainly, with Apple's one button mouse. He never got that and thought that was silly.”

Bill English and Engelbart were concerned with “solving the complex problems of our time,” says John English. “They saw digital computing as a way of augmenting human intelligence so that we could exponentially scale our abilities to deal with all of the problems in the world.” 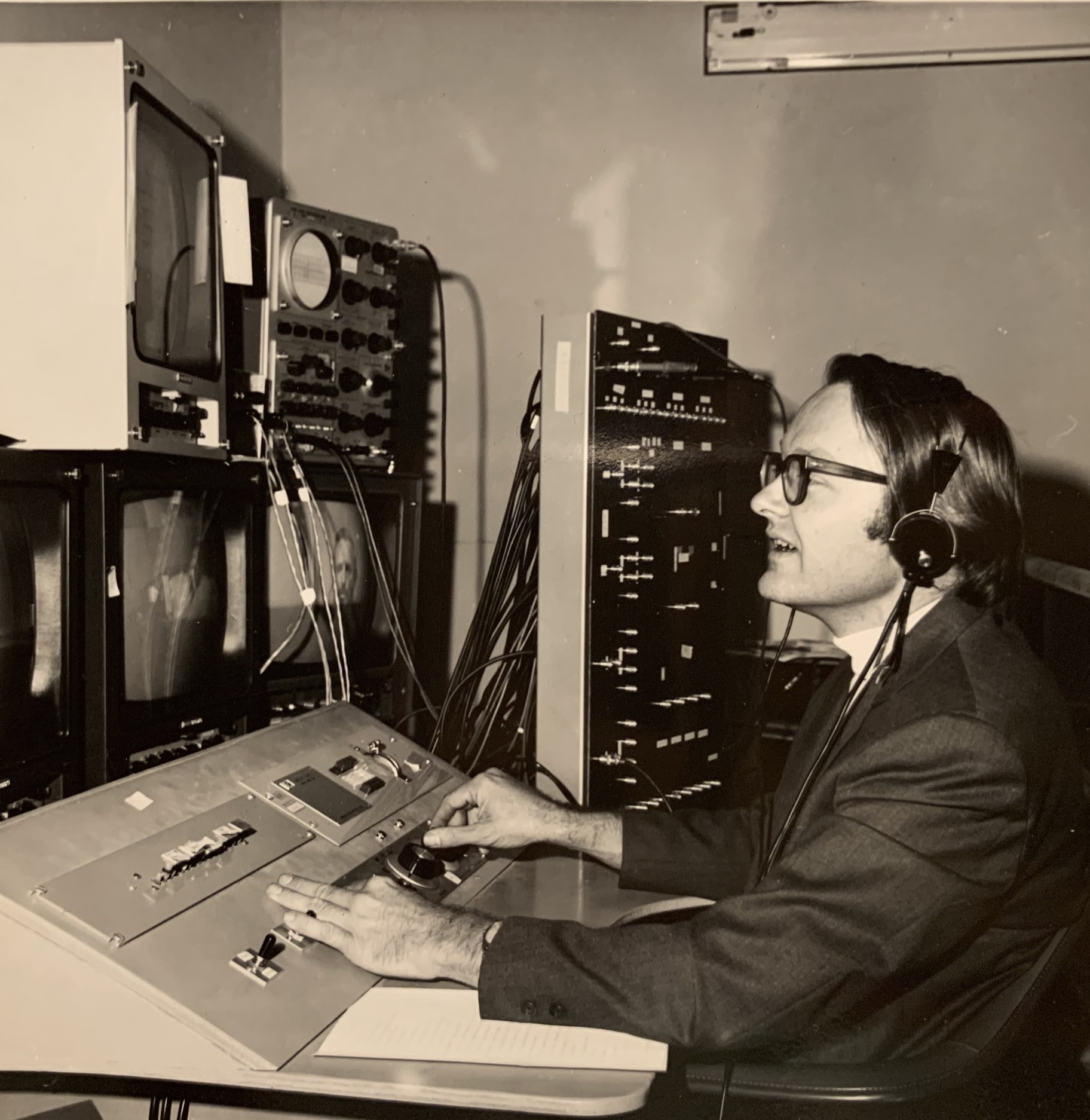 Changing the face of architecture

In America, houses, schools, hospitals, civic buildings and infrastructure have been designed largely by white architects. As a result, cities don’t always reflect the needs and aspirations of all residents, especially people of color.

One way to rectify this is by diversifying the design profession. Black architects currently make up approximately 2% of architects nationally. In California, it’s even less. Out of around 21,000 licensed architects statewide, 300 are African American.

The Southern California branch of the National Organization of Minority Architects —  SoCalNOMA — wants to change this. It has launched the Diversity, Equity and Inclusion (DEI) Challenge.

The challenge is a 10-point plan calling on architecture firms to increase the representation of people of color at their firms through hiring and partnership opportunities. Lance Collins, architect with Partner Energy and president of SoCalNOMA, says it is based on the model of the LEED rating system, which commits to public disclosure of sustainability metrics. SoCalNOMA wants the same public disclosure of diversity metrics.

SoCalNOMA has invited LA firms to participate, and so far, about a dozen firms have joined. “It's a voluntary program,” explains Collins. “Obviously, we want that number to be much larger, but we feel that we're getting a lot of good traction there. The idea is that we can actually have concrete data to see where collectively, as a whole industry, we need to do better.” 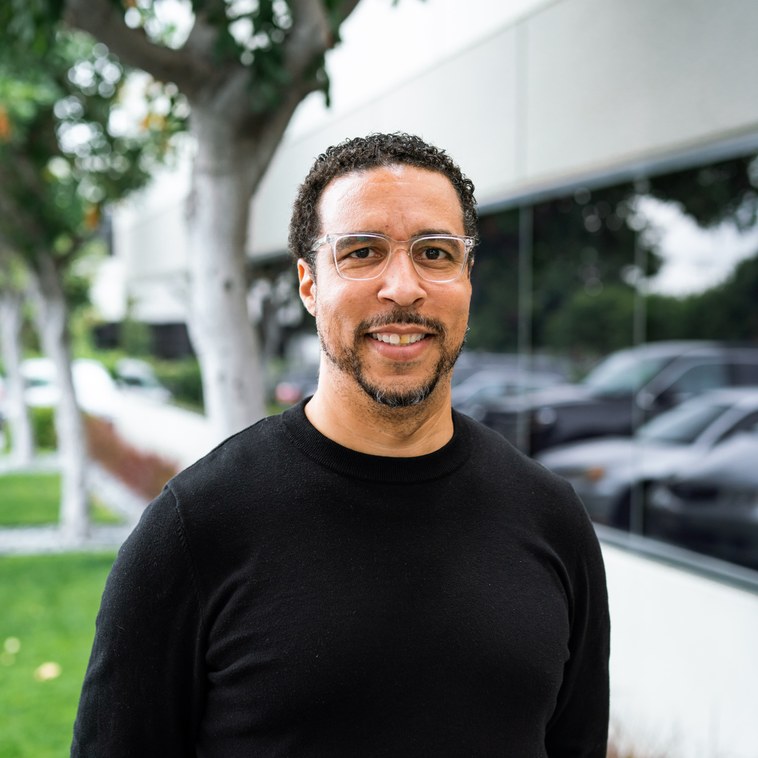 Lance Collins is president of SoCalNOMA (National Organization of Minority Architects) and an architect with Partner Energy. Photo courtesy of Partner Energy

The ultimate goal is to raise Black representation in architecture, and then change the language of architecture itself.

Collins says, “The success that we're all looking for is not simply in the numbers. Just having 1000 more African American architects is not in itself the answer. The true answer does have to include the type of architecture that we build.”

The profession and philosophy of architecture was rooted in the Parisian Beaux Arts tradition. Then came European Modernism and an “International Style.” Inspired by the Bauhaus school in Germany and the Swiss-French architect Le Corbusier, it was exported around the world.

Frances Anderton and Collins talk about “decolonizing” architecture education, and the lessons learned from Mexican architect Ricardo Legorreta about fusing European design with local culture. They also discuss the Tuskegee School in Alabama, an architecture school founded by Booker T. Washington. Washington, the author, orator and presidential advisor who had been born into slavery, believed in economic self-sufficiency. Helmed by Robert R. Taylor, America’s first licensed Black architect, Tuskegee taught students to be master builders, responsible for the design and the construction of buildings.

It gets back to visibility, says Collins, and the need for a diversity pledge.

He says everybody is probably familiar with Paul Williams, the architect of private houses for movie stars, the LA County Courthouse, the First AME Church, and the Golden State Mutual Life Insurance Building. Williams and a team at Luckman & Pereira also designed the Theme Building at LAX.

“But if you ask somebody to name five or 10 other African American architects, people are going to struggle to fill out that answer. So there is still room for improvement for sure,” Collins says.

As for his own career in architecture, he says it has brought him tremendous joy. He describes an ongoing project in Ventura — Westview Village — that for him sums up the value of being a designer. Westview Village includes affordable housing. It also aims for a LEED Platinum rating for its renewable energy offsets and stormwater treatment on site.

“I've been really happy with how that's been evolving to really push on the goals of sustainability, but also social equity for the community, and increasing homeownership and providing healthier homes for the residents.”

Westview Village in Ventura is co-designed by Partner Energy. Photo courtesy of the Housing Authority of the City of San Buenaventura (HACSB)