Based on past pandemics, coronavirus will bring changes to buildings and cities Hospitals made of prefabricated elements have sprung up to care for coronavirus patients. Italian architect Carlo Ratti has designed these intensive care pods within a shipping container called CURA (Connected Units for Respiratory Ailments). A prototype is currently being tested. Rendering courtesy CURA

In the early days of the COVID-19 pandemic, health care and service workers, elected officials, and citizens responded as fast as possible to the crisis.

Now what comes next? We can look to history for a hint.

Lubell joins DnA to talk about some of the innovations we might expect to see come out of the coronavirus pandemic. 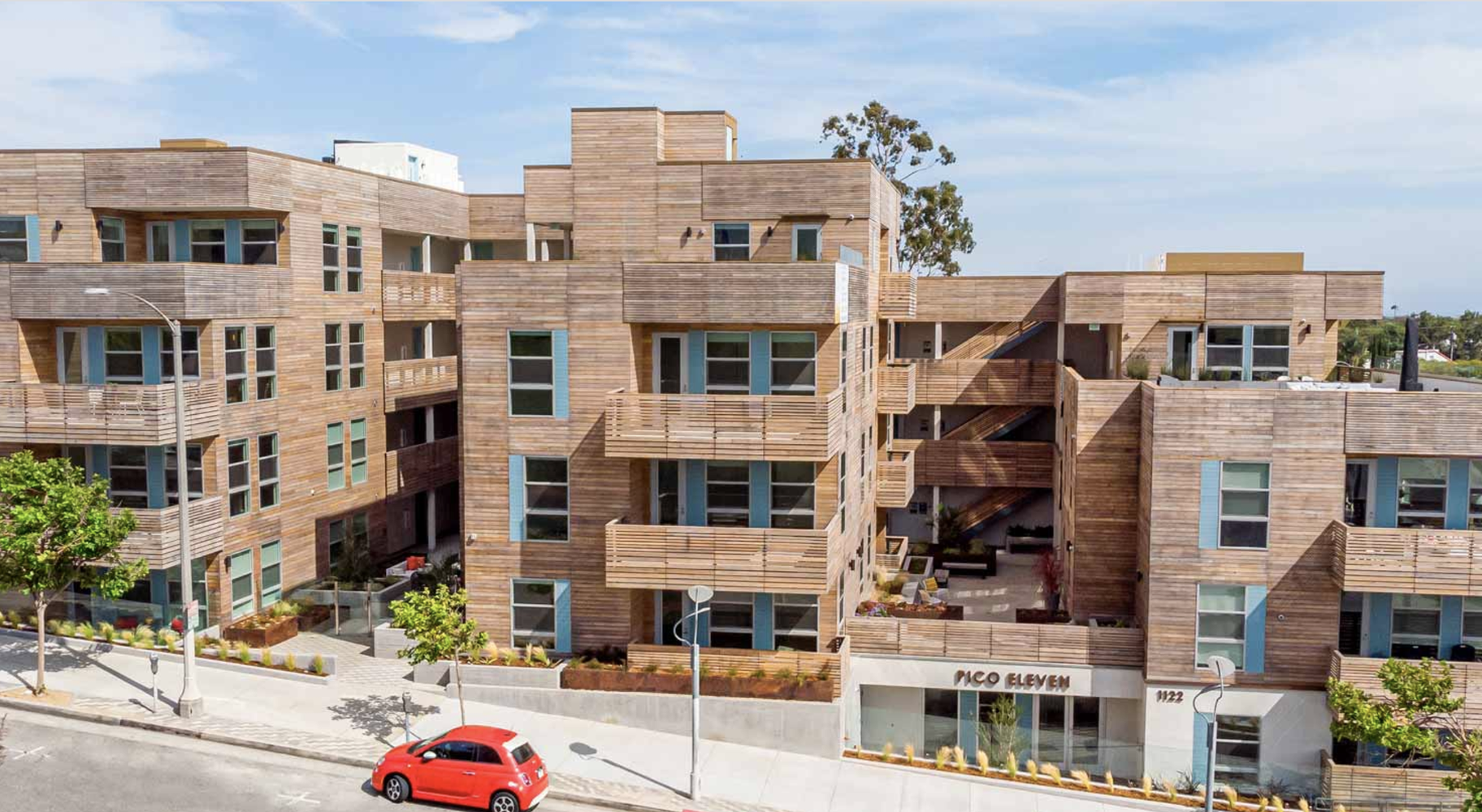 Some essential features of new housing designs might include balconies, open spaces, and air conditioning units that circulate fresh air. Pico Eleven apartments in Santa Monica, completed in 2018, is an example of housing with plentiful open space. Photo courtesy of Killefer Flammang Architects

Lubell says these innovations will advance some ideas that have started to emerge. That includes  modular construction, fresh air A/C, and access to open space. We could also see people continue to telecommute in cities like Los Angeles and New York.

Megacities have been consuming all the resources and talent, according to Lubell.

“Places in the Rust Belt, for instance, haven't been able to come back as much because they aren't seen as important. I think the way that we have become more used to being remote is going to have profound effects on that,” he says.

In researching surfaces in future buildings, he keeps germs in mind: “I didn't even know this before, but copper is incredible at killing germs and viruses.”

Lubell draws from history to support these predictions. 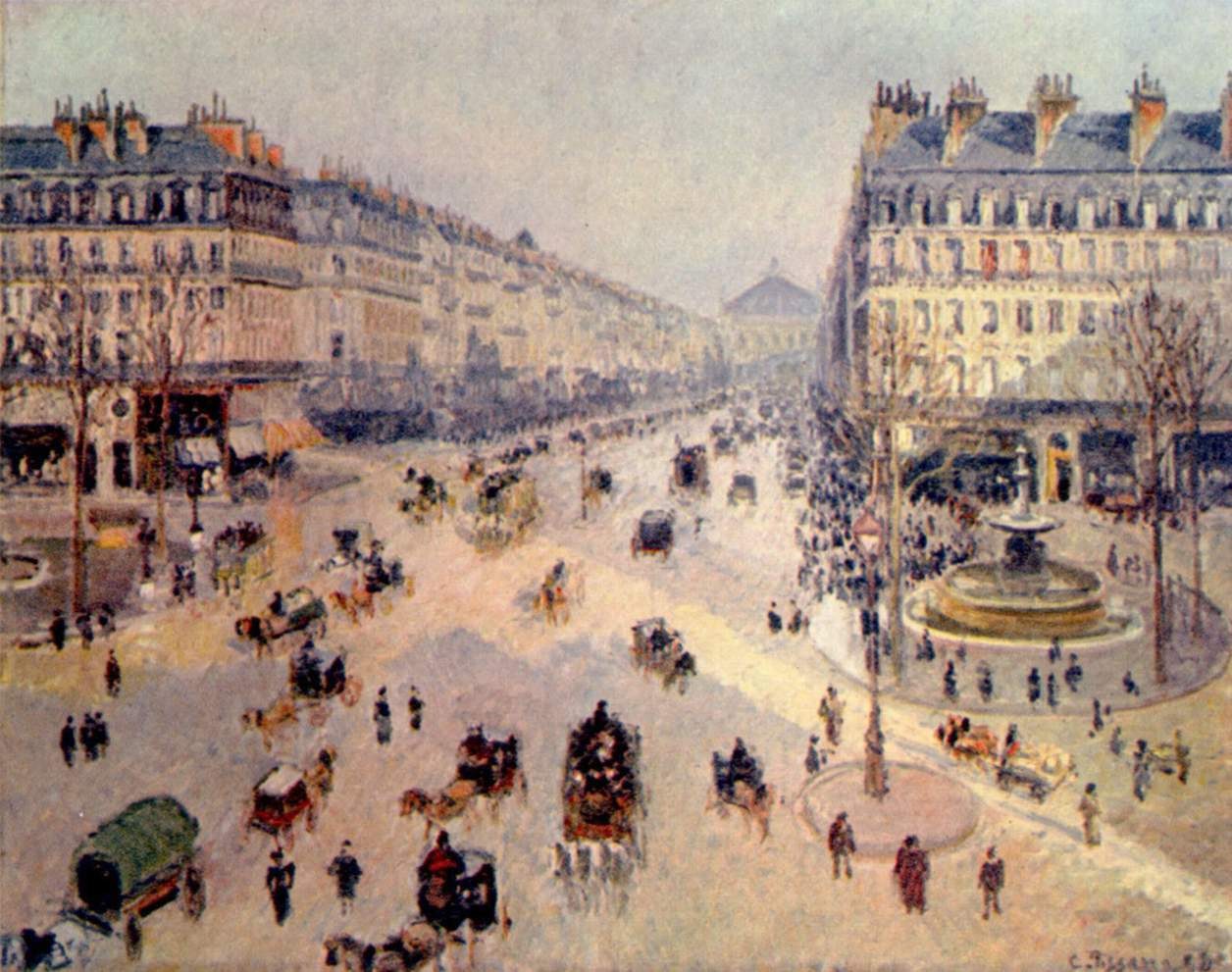 This 1898 painting by Camille Pissarro shows how Georges-Eugène replanned Paris with wide boulevards like Avenue de l'Opéra. It was to bring air and light to the center of Paris, in part to rid the city of disease. Photo credit: The Yorck Project (2002)/Public Domain

The bubonic plague wiped out at least a third of Europe’s population in the 14th century, but it inspired the Renaissance cities we love today. Lubell writes in the LA Times that cities were “cleared of squalid and cramped living quarters, developed early quarantine facilities and opened larger and less cluttered public spaces.”

Yellow fever in the 18th century and cholera and smallpox in the 19th century brought broad boulevards to Paris, improved water systems in London, disease mapping and the early suburbs. 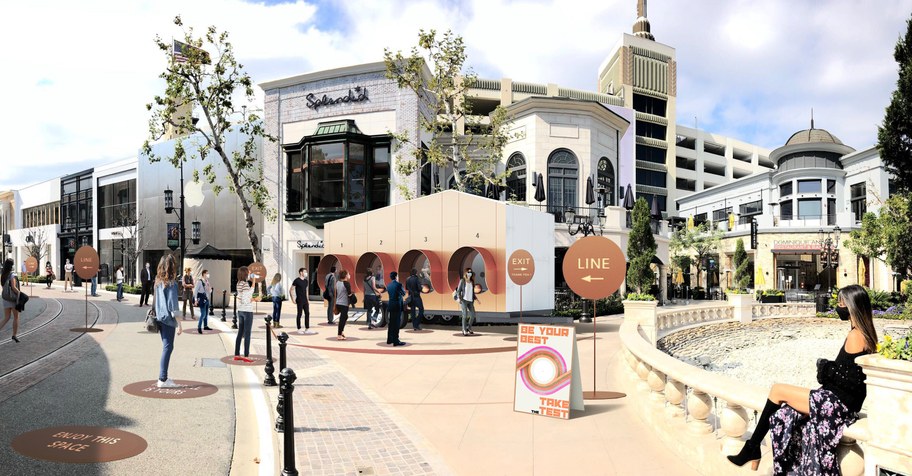 In response to the World Health Organization's call for partnerships to combat Covid-19 globally, the Los Angeles design firm M-Rad propose this antimicrobial mobile testing unit. It would be clad in germ-resistant copper. Rendering courtesy of M-Rad.com.

Los Angeles owes its expansion largely to the influx of people with tuberculosis from east coast cities. Iconic modernist buildings like the 1929 Lovell Health House, designed by Richard Neutra, grew out of the preoccupation with Southern California’s healthful living.

Lubell also reflects on future efforts to make Los Angeles less sprawling and more clustered around mass transit. Might we see COVID-19 used as an argument against denser development?

“I think it's a million dollar question right now,” Lubell tells DnA. “It's not as simple as just go back to sprawl and go back to the unsustainable way we were living before. … It's got to be a lot more nuanced than that.”

This conversation is part of a DnA series that will explore various ways that this pandemic shapes design, architecture and city planning.