Could there be new uses for city-owned land? Did you know the city of Los Angeles owns almost 9,000 parcels of land and properties across LA County?

Galperin, who ran for the office on a platform of transparency and greater use of accessible online resources, told DnA the city had a number of lists but they had never been consolidated into one place, “which is why I began this process. I thought it was outrageous that we should have such an amazing asset and not actually have a good list. And even more than a list, it was important for me to create that as an interactive map because when you look at the whole map of Los Angeles and you actually see these properties on that map you get a totally different perspective as well.”

He says his goal was to make the city more accountable and transparent, as well as to push elected officials to amplify the value and best use of these sites.

This Friday, developers and designers and will gather at an event sponsored by Westside Urban Forum to hear Galperin discuss possible options for the land.

This land is spread far and wide. Galperin says the city owns 8,974 parcels that are located within the county of Los Angeles. They are of varying sizes, some include already existing structures, and range from warehouses to empty parcels and parking lots. The portfolio includes a wonderful historic theater and a lot of other properties in San Pedro. He says the city even owns some 17,000 acres of land in the Palmdale area that was acquired for a never-built airport.

Galperin told DnA that some of these parcels “should stay in exactly the use that we're putting them to right now. But there are also quite a number of properties that are underutilized that have tremendous opportunity attached to them in terms of economic development, in terms of housing, in terms of helping with our crisis of homelessness, in terms of generating revenue for the city.”

The city of LA has long been a big landowner and back in 2003, according to the LA Times, then-Controller Laura Chick complained about the lack of a strategy for managing city properties. A follow-up audit in 2008 noted that a citywide database of real estate holdings did not exist.

Of course developers will wonder if this land is available for purchase. Galperin says the city is not looking to sell off what he calls “the greatest asset that the city actually owns,” but says private-public deals might be possible at certain sites.

And this means, say event organizers, figuring out the usability of the properties, many of which are considered unsuitable for residential development due to their dimensions, access constraints, or undesirable location. Add to that the challenges of regulatory and/or political constraints.

The City of Los Angeles is not the only municipality or city department to have amassed large amounts of land.

The Westside Urban Forum points out that Metro, the Metropolitan Transportation Authority, owns another 2,700 parcels, some of which are being marketed as joint development opportunities.

And LAUSD has hundreds of acres of underutilized or vacant land, according to some estimates. The same is true of Santa Monica Malibu Unified School district which has floated the notion of developing housing for teachers on its land. 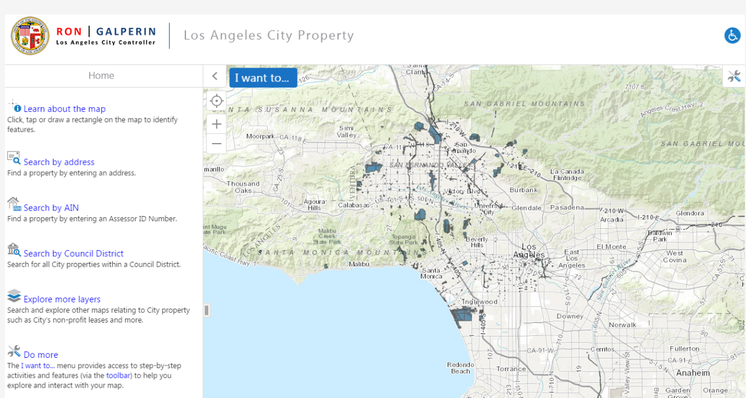 City Controller Ron Galperin has recently made available a database of 1,800 city-owned parcels for would-be builders and designers.