The late ‘80s and early ‘90s were tough on African-Americans in the inner city. It was the end of the Reagan years, and urban America was beset by the crack epidemic, the war on drugs and mass incarceration, gang wars, civil unrest, tensions with police, and other concerns.

Out of all this a Los Angeles fashion label was born: Cross Colours, founded by Otis college alum Carl Jones and graphic designer TJ Walker.

Jones and Walker launched Cross Colours in downtown LA in 1989. They took their wares to MAGIC, a fashion tradeshow in Las Vegas, and were surprised by the overwhelming response. 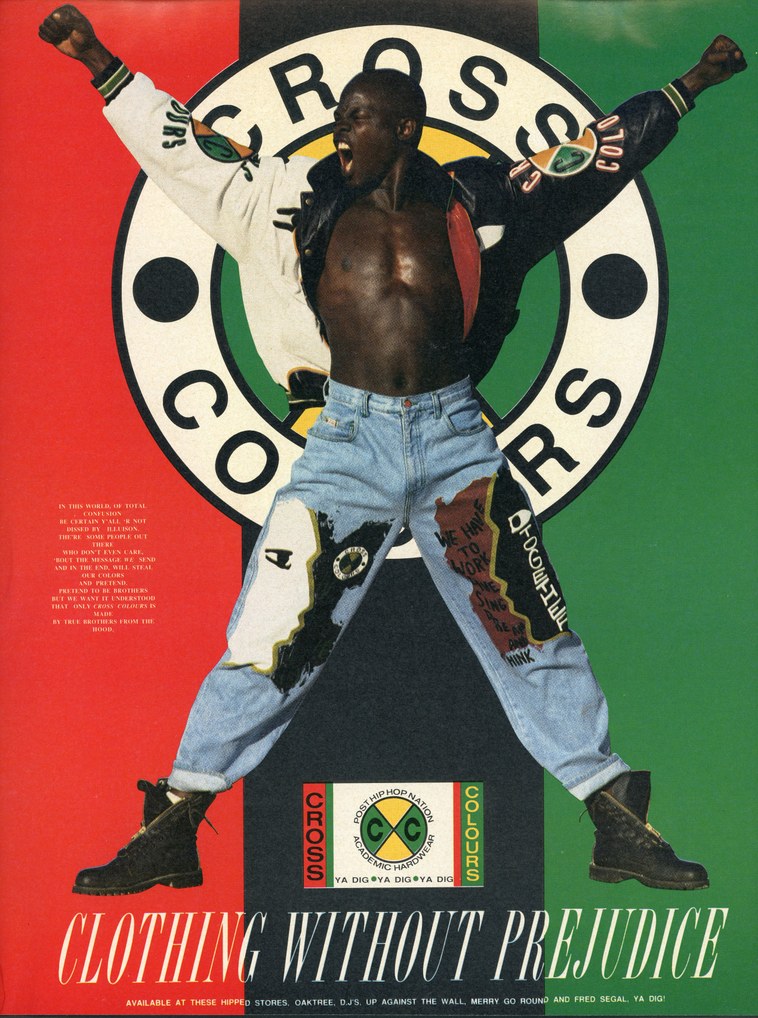 They garnered millions of orders and got an instant following for their bright, bold designs: green, black, yellow and red blocks of color or kente cloth on baggy pants, sweatshirts, t-shirts and caps, all printed with uplifting messages about unity around a distinctive X-shaped logo inspired by Malcolm X. 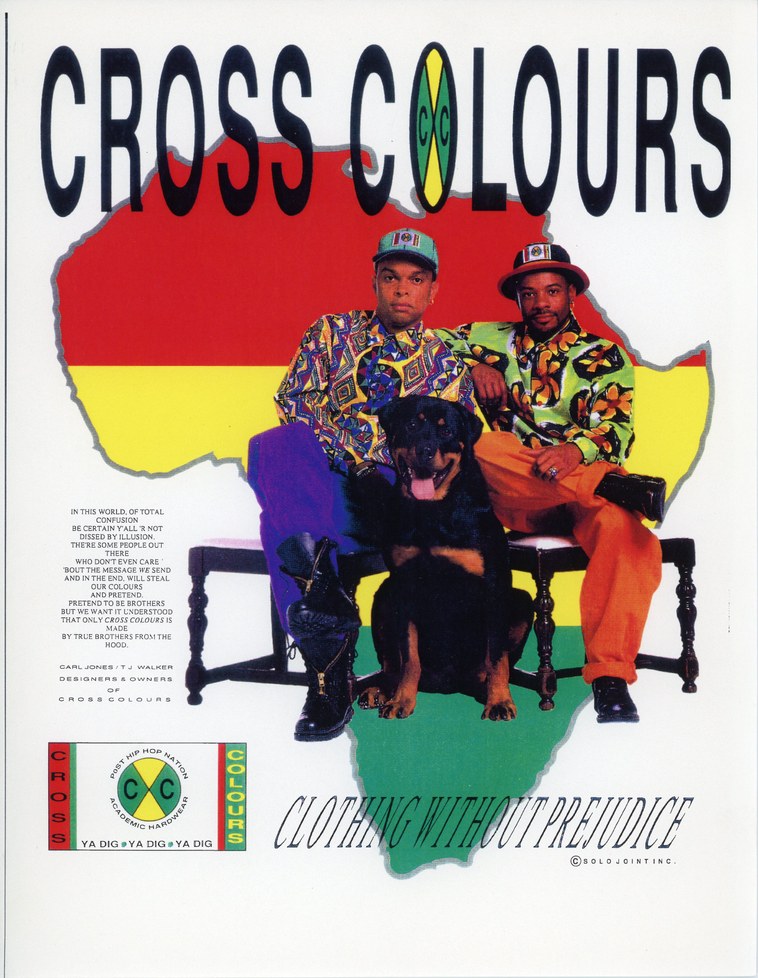 The fledgling company got a big assist from TV: Will Smith donned Cross Colours on The Fresh Prince of Bel Air; the clothing appeared on characters in In Living Color and Martin, and in movies such as Sister Act 2. Rappers and sports stars strutted their outfits.

Then it all came crashing down. When the company’s biggest account, Merry-Go-Round, went bankrupt, Cross Colours couldn’t keep up and the company closed. 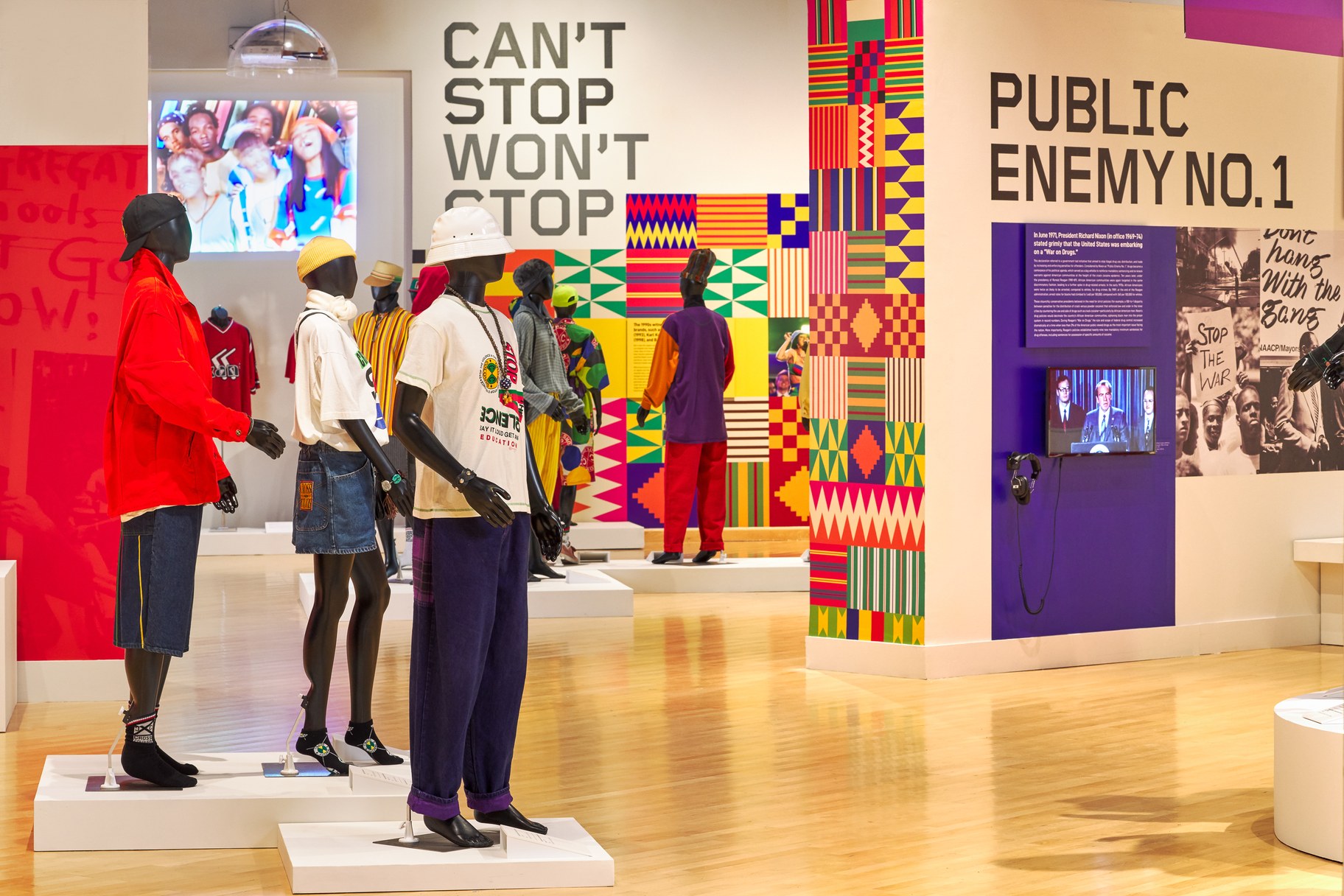 Thirty years later, following a lengthy battle to reacquire the Cross Colours logo, it is back, selling replicas of its vintage favorites as well as some new designs. And it is the subject of an exhibition at the California African American Museum in Exposition Park, entitled “Cross Colours: Black Fashion in the 20th Century.”

Curated by Tyree Boyd-Pates and Taylor Bythewood-Porter and set off by a bold, colorful installation by Picnic Design, the show is intended to celebrate the fun and, says Boyd-Pates, the “gravitas” of the label. 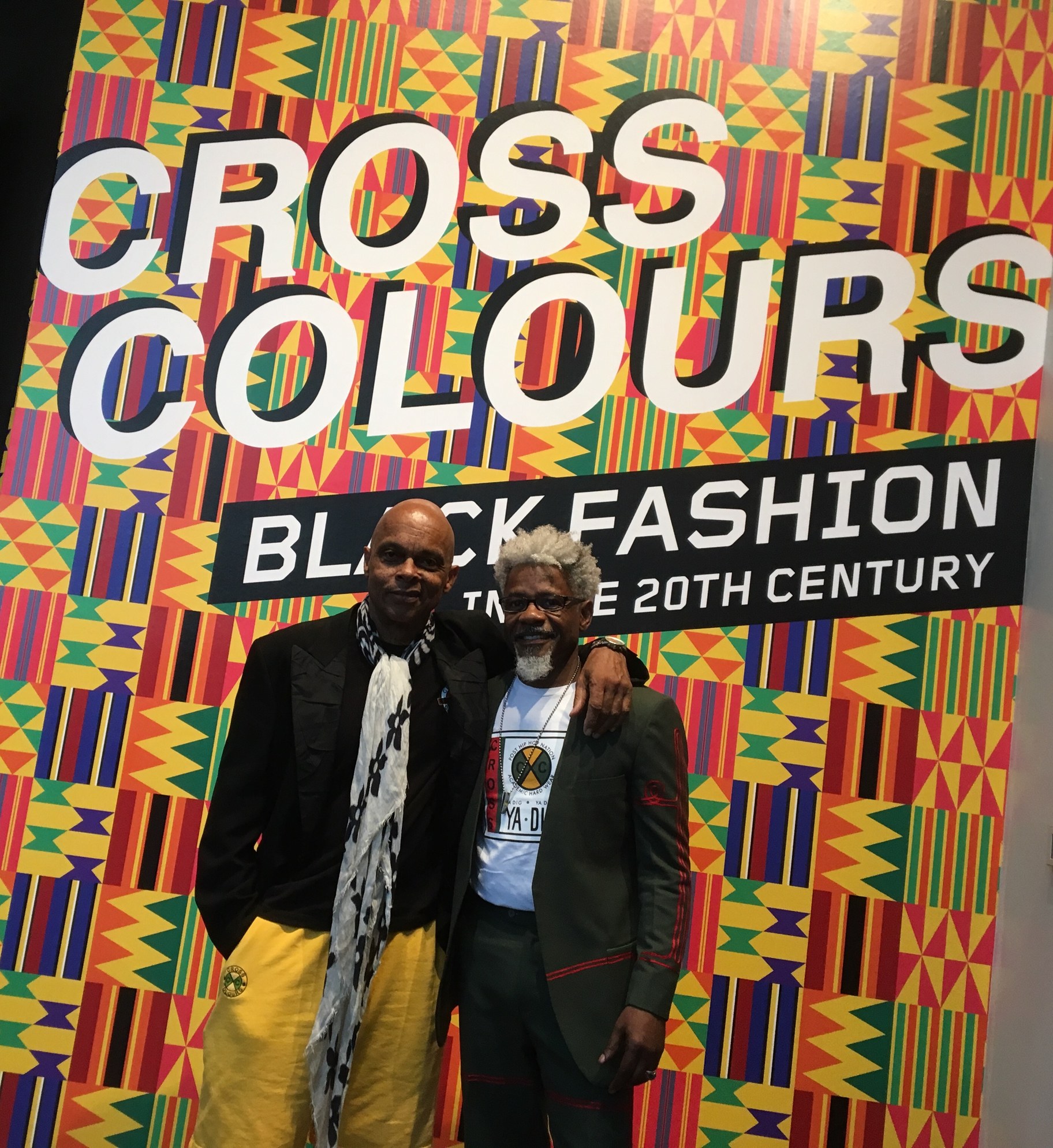 It also explores the influence the short-lived company had on other black apparel designers, among them FUBU, Rockawear, Sean John, Karl Kani and music stars “like Pharrell or Kanye West opening up their own fashion lines and really taking control of their own creative license.”

“We're really looking through various different social, political movements within the African-American community and seeing what kind of fashion choices that they use and then seeing parallels with the Cross Colours brand,” explains Bythewood-Porter, adding “if you don't have a voice, how can you express yourself? If you are a disenfranchised community what's the best way to do that? And the best way is through fashion and through clothes it's a political message.” 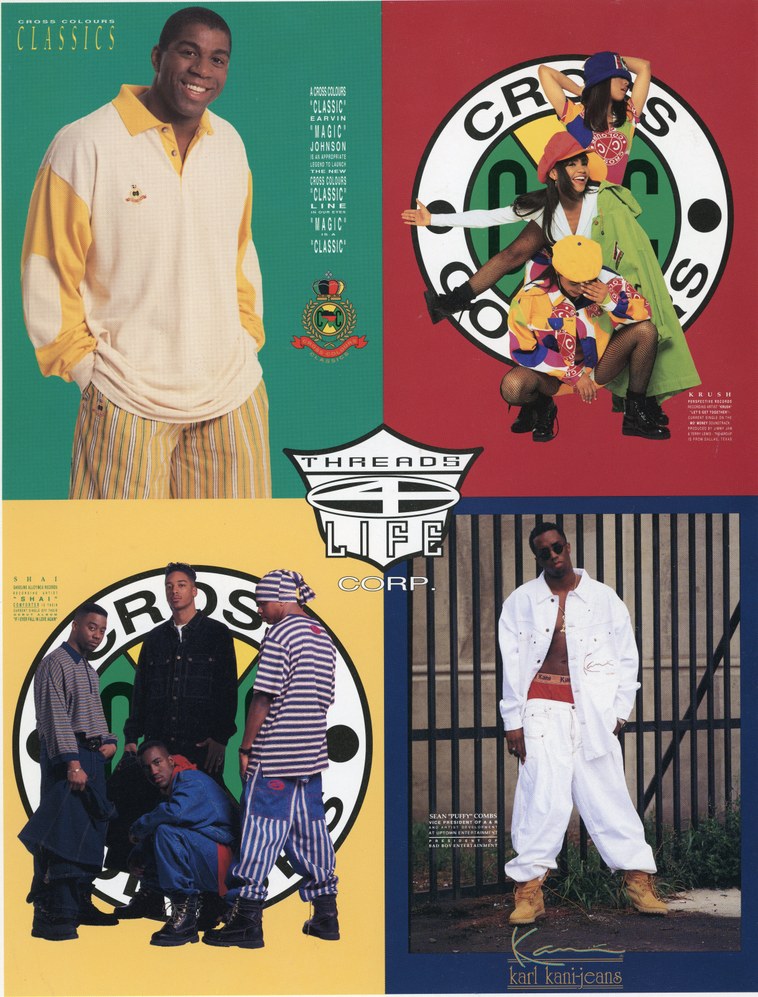 In case you are wondering, the ‘u’ in Cross Colours was added by their savvy marketing director David Stinnett. Walker says Stinnett, who was responsible for getting the product placement on TV, hailed from Jamaica and thought the British spelling would add a twist and “throw people off.”

A constant turnover of on-trend clothes, knockoffs of runway styles, all at knockdown prices. That is fast fashion. Last year one of the top fast fashion companies,...