Destination Crenshaw was one of several South LA projects Nipsey Hussle was involved with. Views to the east from the upper level of the viewing deck at Sankofa Park, located where Crenshaw Blvd. and Leimert Blvd. split. Rendering courtesy of Perkins+Will

Hussle was a founding creator of Destination Crenshaw

Destination Crenshaw is the 1.3 mile "open air museum" of permanent and rotating art exhibitions that is planned for Crenshaw Boulevard along the light rail line currently under construction.

It is meant to be a celebration of the largely African-American community in South LA and, according to Councilmember Marqueece Harris Dawson, Nipsey Hussle had a significant role in birthing the project.

Harris Dawson, who has been spearheading Destination Crenshaw, told DnA:

“Nipsey Hussle was in the earliest conversations about Destination Crenshaw. In fact, the very logo for the project that you see on all the materials and even the name of the logo was actually done by his team of graphic artists that work with the Marathon Store and they did that as a gift to Destination Crenshaw. He was one of the people to assert that Crenshaw ought to be a destination unto itself given the cultural dynamism and creativity that came out of that community.”

This project exemplified Hussle’s focus on “buying back the hood.”

“He was investing in this part of town, Harris Dawson told DnA, “because he believed that in order for us to have the kind of community that we deserve one that's reflective of the best if we are that we have to own it and we have to do it ourselves.”

Other ways in which Nipsey Hussle invested in South LA

The LA Times reported that Hussle and another South LA native named David Gross bought and were redeveloping a strip mall on Slauson Ave.

Hussle wanted to make it a mixed-use development that included low-income residential units.

The anchor store in the mall is Marathon Clothing, which sold his signature line of hats and shirts with the names Crenshaw and Slauson on them. He encouraged people to wear the names of their neighborhoods with pride.

I was in the parking lot of this same mall where he once sold copies of his mixtapes and, this past Sunday, was shot dead. 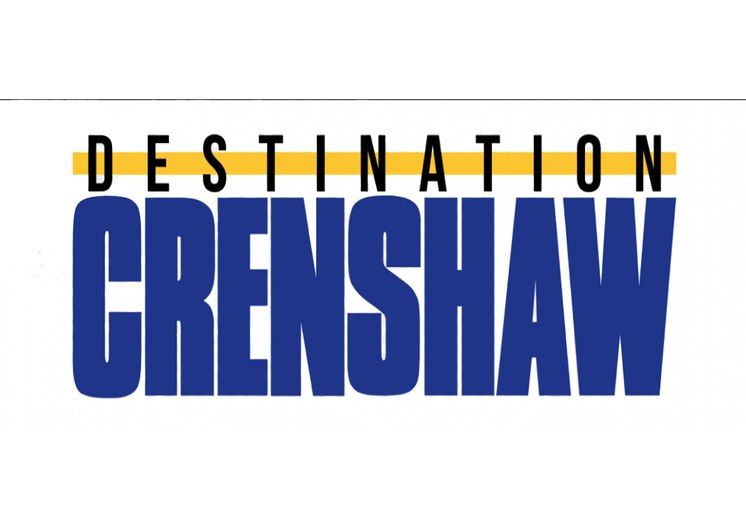 The LA Times adds that Hussle was known for buying shoes for students, repaving basketball courts, providing jobs and shelter for the homeless, and paying for funerals for those who couldn’t afford to bury their loved ones.

Hussle himself had seen death close up. He was a former gang member with the Rollin’ 60s Crips and had become a campaigner against gun violence. He had been scheduled to meet on Monday with the chief of police and a member of the Police Commission to discuss ways to reduce gang violence.

Hussle also helped create Vector90, a co-working space in the Crenshaw district for young black people interested in STEM careers. He saw it as a way to bring together underrepresented groups and Silicon Valley companies.

Lawrence Ross, owner of a South LA creative co-working space called The Metaphor Club, wrote in a column for The Root about how Nipsey opened Vector90 “smack dab in the Rollin’ 60s, about 10 blocks away from Ross’s Metaphor Club.

He says Hussle transformed the space and “created programming to provide opportunities he didn’t have, for people who looked just like him. You know, the things that would make a young black kid living in the Rollin’ 60s choose coding over slinging because you finally got a f***ing choice like kids in other neighborhoods.”

And in an interview with the LA Times, Hussle said: “In our culture, there's a narrative that says, 'Follow the athletes, follow the entertainers… And that's cool but there should be something that says, 'Follow Elon Musk, follow [Mark] Zuckerberg.’ I think that with me being influential as an artist and young and coming from the inner city, it makes sense for me to be one of the people that's waving that flag." 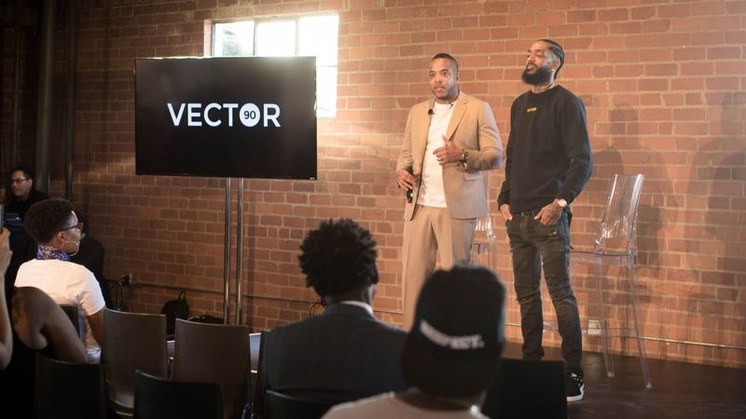