Fighting for the soul of Day of the Dead 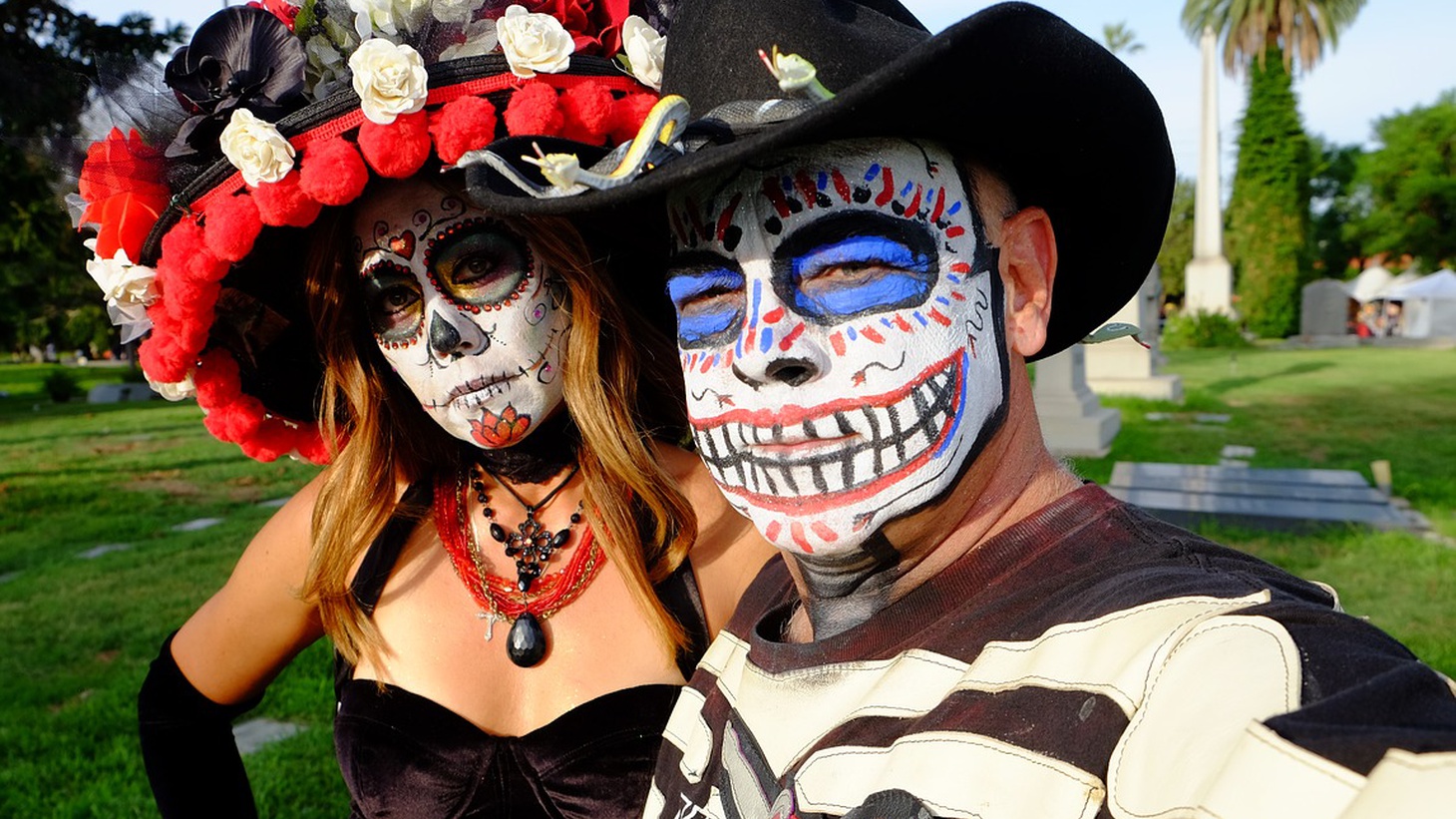 Day of the Dead goes back thousands of years to pre-Columbian times. It’s a festival where people honor their ancestors primarily by creating altars on which they place ofrenda, or offerings, that are believed to evoke the memories of that person.

Traditional elements include photographs of the departed, sugar skulls, orange marigolds, candles, and bowls of food or bottles of beer that their loved ones enjoyed in life.

They can be very simple or extremely elaborate -- and quite beautifully designed.

You can find them in people’s homes, and now at big public venues like Grand Park, Olvera Street and Hollywood Forever Cemetery.

At Hollywood Forever it cost $25 to attend their Day of the Day celebration this past Saturday and see 90 ofrendas on display. They also award $3,000 prizes in the categories of best event themed, traditional and contemporary altar.

Hollywood Forever Cemetery started their Day of the Dead ceremony 19 years ago. The merchants at Olvera Street have been doing it for over 30 years.

But it started to gain traction in the 1970s when Self-Help Graphics in Boyle Heights revived it -- as the Chicano civil rights movement reclaimed the tradition, and started to create altars with a political edge, dealing with immigration, police violence, prisons, drug addiction and other issues.

Fast forward to now and you have Day of the Dead celebrations in public schools in the Southland.

Hollywood has most certainly helped spread the word -- especially with last year’s blockbuster Pixar movie “Coco” which is centered on Day of the Dead.

However, some people feel uncomfortable at what they see as the commercializing of the holiday, with retailers like Target and Walmart cashing in, and that it’s becoming “Mexican Halloween” and losing the spiritual aspects of the tradition.

One could argue, however, that this is what happens to every cultural tradition when it gets imported into the US, such as Christmas, Hanukkah and of course Halloween, which was once known as All Hallows’ Eve and involved praying and visiting the graves of the dead, not dressing up in sexy skeleton outfits and eating lots of candy.

In fact, a professor of landscape architecture at Cal Poly Pomona named James Becerra reached out after hearing DnA’s segment on Day of the Dead to say that his family -- rooted in the Southland for five generations -- has built altars at Hollywood Forever and won awards two years running.

“Traditions -- and I'm putting it in quotation marks -- are inherently fungible, malleable, temporal. Name one tradition that that hasn't evolved. Even the Day of the Dead in Mexico is a mashup of Christian and pre-Columbian indigenous religion,” Becerra said. “But I think the fact remains that it is a veneration of those that have come before us, it’s ancestor worship if you will, it’s just a way of staying connected with our family.”

So he doesn’t believe Day of the Dead has become the Mexican Halloween.

The question is, should Halloween itself go back to some of its more spiritual origins - when it, like Day of the Dead, was about honoring ancestors.

Or is the dressing up part too much fun?