Many say we’re in a second Gilded Age, and it too is producing colossal houses. But they are often created by developers for undetermined owners, and many are gigantic versions of LA’s modernist glass and stucco, indoor-outdoor residential style.

Are they selling, who is buying them, and does the boom in huge houses make it harder to build and buy smaller houses?

DnA asks these questions in the 13th episode of “This is Home in LA: From the Tent to the Gigamansion (and Everything in Between).” 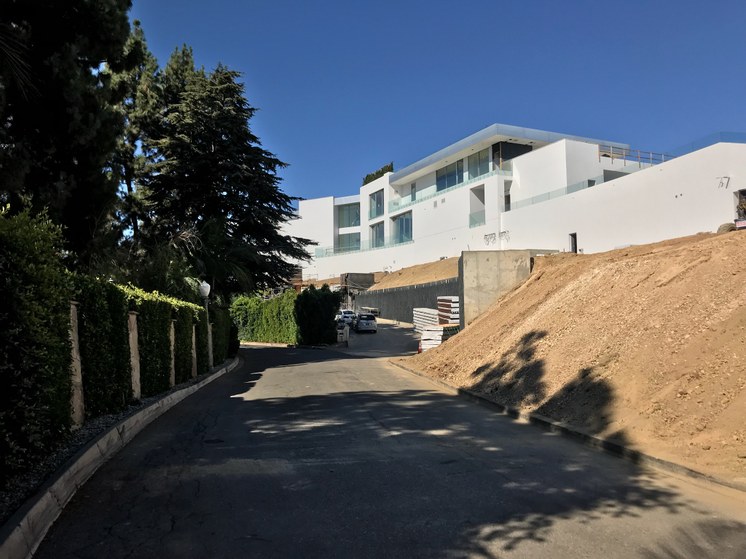 A view of the unfinished The One, taken from outside the property. Photo by Frances Anderton.

We tour The One, a 100,000-square-feet home in Bel Air being developed by Nile Niami and designed by Paul McClean. Priced at $500 million, it is the most expensive house on the market in America right now. Its amenities include a nightclub and VIP lounge, a four-lane bowling alley, a lounge with walls made of jellyfish tanks, a cigar room, two wine rooms and a 40-person theater that is the same size as the AMC.

Niami has built several homes -- including the highly-publicized Opus, still on the market -- and has been criticized for tearing down modest Mediterranean houses and replacing them with much larger homes.

So what’s Niami’s response to those that say, “‘hey, this guy's coming and building these giant monstrosities!’” He is doing everyone a favor. “We are improving neighborhoods. We're making neighborhoods bigger. We are improving prices and at the same time we're helping all of the people who have bought there years ago… if these critics bought their house for $300,000 and are selling it for land value for $6 million, they shouldn't complain.” 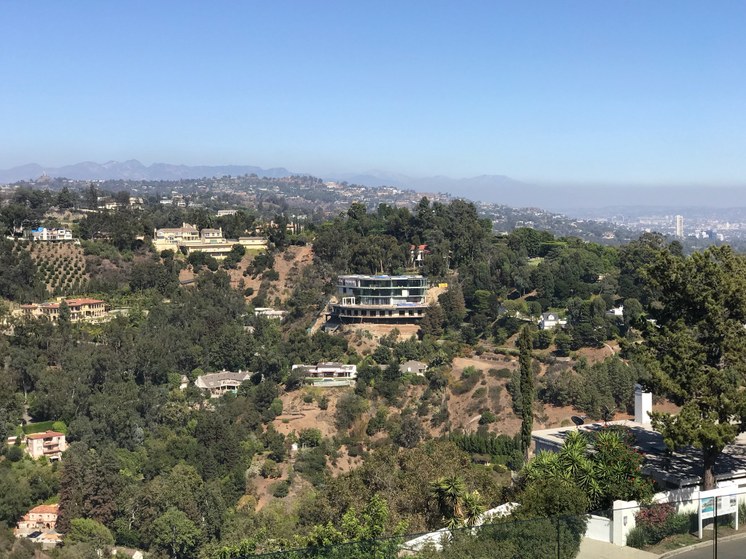 A view of Mohamed Hadid’s famously unfinished mansion in Bel Air, taken from the construction site of The One. Photo by Frances Anderton.

Niami himself started out doing Mediterranean-style houses. Then he met the architect Paul McClean and moved on to contemporary.

McClean, a Dublin-born architect who moved to Southern California in the mid-90s, has been dubbed the Megamansion King of Los Angeles. His homes have sold to Beyoncé and Jay Z, to Calvin Klein, and to the Winklevoss twins.

He is a devotee of LA’s early Modernists and has taken the language of interlocking volumes, blank walls and floor-to-ceiling glass and pumped it up, breaking down scale with reflective water and light, and landscaping.

“I was completely surprised when [Niami] called and said, ‘I want to do 100,000 square foot house. I found this lot. It's four acres on top of the hill. It's going to be great.’ We were really surprised and somewhat cautious. It was a very large project,” McClean said. 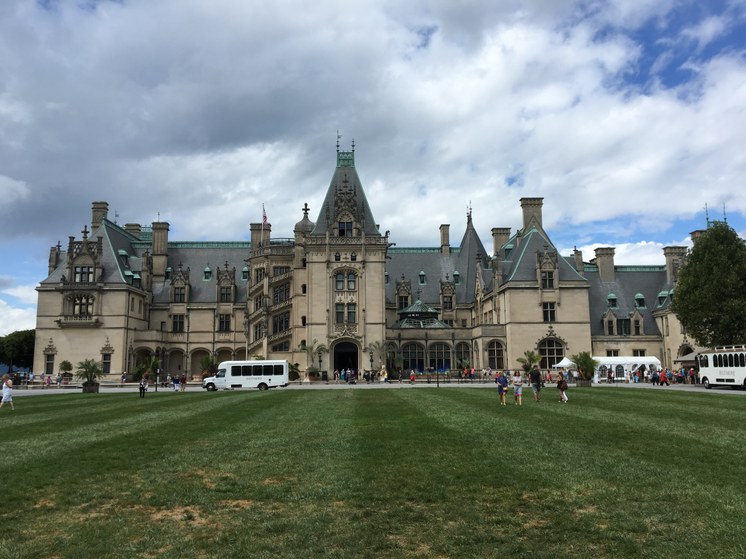 Biltmore, the largest private home in America, was built by George Vanderbilt in 1895 outside Asheville, NC and offered the most cutting-edge amenities of its day. Photo by Avishay Artsy.

DnA also visits America’s biggest private home, Biltmore, near Asheville, North Carolina. DnA producer Avishay Artsy toured the French-inspired home with 250 rooms -- 101 bedrooms for guests and staff, three kitchens, 65 fireplaces and 43 bathrooms -- and found that it had all the modern conveniences and amenities of 1895, including refrigerators, electrical elevators, an indoor swimming pool with underwater electric lights, a fitness room with a rowing machine, and the first-ever two-lane bowling alley in a private home. “And this was before they had the automated bowling, so there was a servant that stood at the end and set the pins back up and rolled the ball back to you.”

Hefner builds at every scale and in a wide range of styles. He owns a property in Silver Lake with a 1940s service station that he plans to replace with an apartment building.

So we asked him, in America’s Gilded Age 2.0, when land values are skyrocketing and it’s getting so hard for many people to make the rent, does LA have room for gigamansions and regular housing? How is it possible to have 50,000 square foot homes alongside 50,000 people living on the streets? 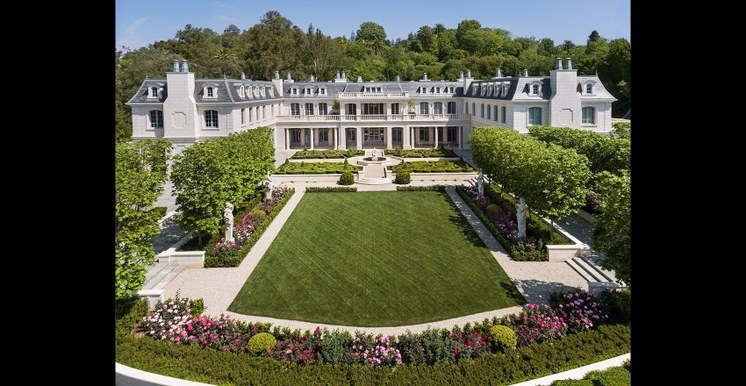 Hefner believes that the “energy and resources the city has been putting into mass transit, and incentives to develop projects in areas that will require less use of automobiles and more pedestrian type neighborhoods” will incentivize housing across the board.

But he says, a hierarchy of homes and a gaping disparity in wealth is endemic to Los Angeles and the gigamansion development of today is “following patterns that you’ve seen in the city before.”