The Architecture of Protest 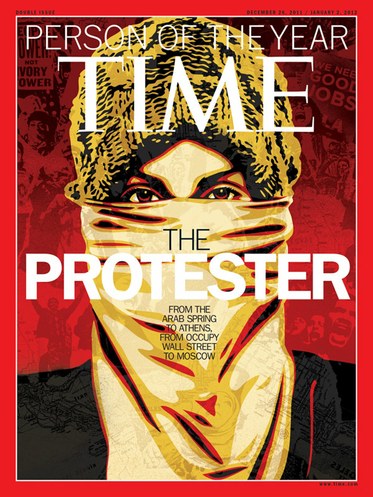 In the past couple of decades dystopian urban critics and sci-fi writers have been painting a picture of a society in which public space was becoming privatized—especially in LA—while the computer was drawing people into isolated virtual worlds. Then came rolling protests, bringing thousands into streets and public squares from Tunisia and Moscow to downtown Los Angeles. What happened? Marty Kaplan is a former political speechwriter who witnessed the political upheaval of the 1960s. Now he directs the Norman Lear Center at USC’s Annenberg School for Communication & Journalism, studying the impact of entertainment on society. He explains that while social networking connected people, retaking physical space was essential.

Image: Time's Person of the Year for 2011 is "The Protester", with a cover by LA artist Shepard Fairey based on a photo of Occupy LA protestor Sarah Mason

Holidays 2011: Keeping it Simple After a Turbulent Year

Celebrating What Matters This Season

This holiday season comes at the end of a year of tumult; just the time when it’s helpful to hear from people with conviction about what really matters.

The Architecture of Protest

In the past couple of decades dystopian urban critics and sci-fi writers have been painting a picture of a society in which public space was becoming privatized—especially...