There are some big changes in the works for the Los Angeles County Museum of Art, or LACMA, from a new building spanning over Wilshire Boulevard, to a total rethinking of how you experience the exhibits.

But one, planned expansion you probably haven’t heard about yet is in South LA.

The space is in South LA Wetlands Park, located near Slauson Avenue and Avalon Boulevard in South LA. The wetlands have been restored by the Department of Recreation and Parks, and running along one side is a former bus maintenance and storage facility dating back to 1911. It's sat empty for 30 years. LACMA plans to use it as an educational facility and to host exhibitions, as well as for storage of LACMA's art collection, to have a restaurant or cafe, a retail space, and offer recreational and instructional programs to the neighborhood.

According to a report from the Board of Recreation and Parks Commissioners, other programs might include teen tour guide programs, a “social justice-themed school tour and art-making” workshop, and training programs for teaching assistants.

LACMA is already offering educational and cultural programming at sites around the city.

This effort to secure the lease of the building coincides with the planned commencement of demolition of four buildings at LACMA to be replaced by Swiss architect Peter Zumthor's proposed design. Staff and art have to move somewhere and this is one of the proposed locations for some of the art and staff.

However there is also a big question: does such an intervention bring with it gentrification?

LACMA is already raising money for the Zumthor renovation, and will also need to raise money for this South LA wetlands project. 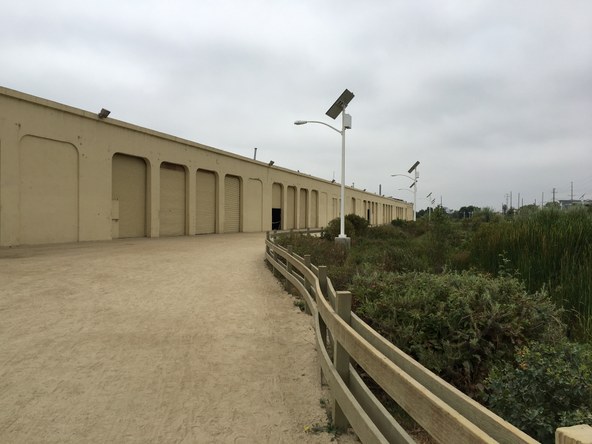