In an age of loneliness, Treehouse offers community that’s carefully curated and designed At Treehouse co-living building tenants can cook and dine together. Photo by Cynthia Alex.

Loneliness has reached epidemic levels in the U.S., among the old and the young. In a bid to remedy it, developers Prophet Walker and Joe Green created a co-living project named Treehouse.  Then came a pandemic. Ten months after its opening, DnA explores Treehouse with creative director Sean Knibb, architect Jeff Soler, and reporter Adriana Cargill -- and learns that co-living might be just what the doctor ordered at a time of extreme isolation.

“It's a sad thing about America, and in many ways, even more particular about Los Angeles, that wealth buys you isolation,” says Joe Green. “And we know that the farther people live apart, the longer they commute, the less happy they are.” 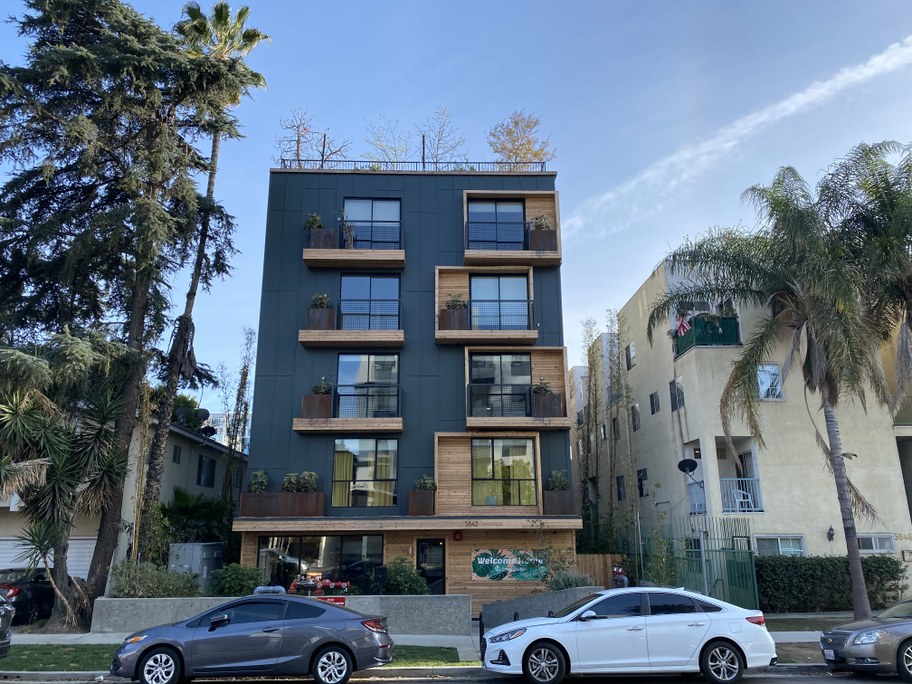 Treehouse seen from the street. Photo by Adriana Cargill.

Treehouse opened last November. With architecture by Jeff Soler and interiors and landscaping by creative director Sean Knibb, the building was designed to enable intentional and informal encounters.

It has 60 bedrooms organized into 18 suites, each with petite private bedrooms and shared kitchen and dining areas. Then there are expansive community spaces: a dining hall, lounge, art studio, laundry room, recording studio, speakeasy, two-story library, cafe and rooftop.

There are also trees. Knibb, known for private gardens and the hip Line Hotel in Koreatown, selected an Olive, a California Live Oak, and a glorious California Pepper tree. They crown a design of rambling vines and grasses that he hoped would feel “completely wild and overgrown.” 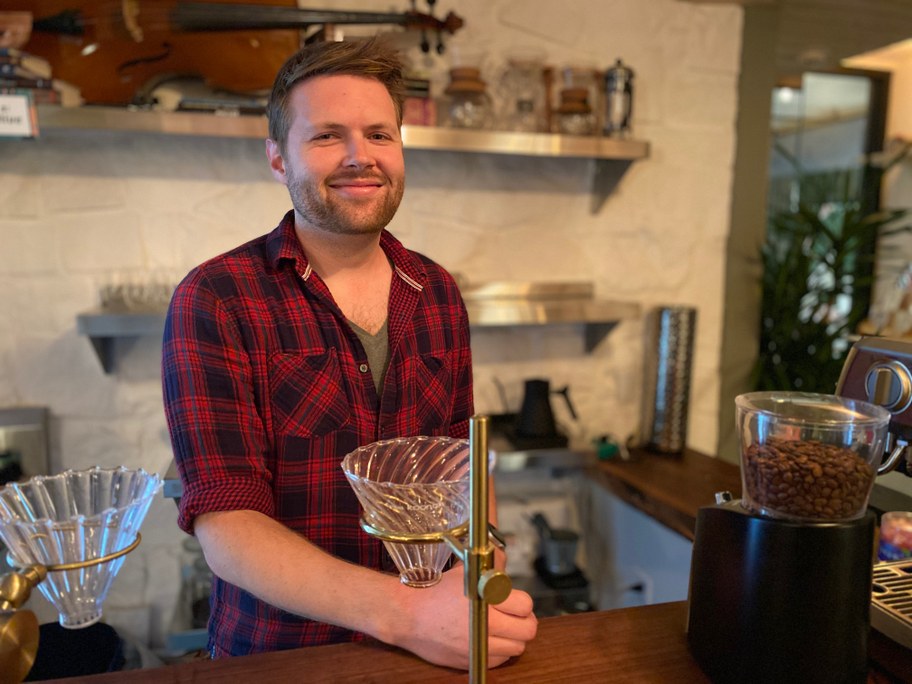 Jason Ericson hangs out at the pour over coffee bar in the lobby of Treehouse. Photo by Adriana Cargill.

But one of the most important elements of the design was the circulation, starting with the lobby-come-pour over coffee bar at the entrance.

“You're linking from the lobby,” says Jeff Soler. “Then you go up through an exterior stair and these walkways become front porches for the unit. Doors are left open, and people are able to interact in this porch area. Then you get to the library, and as you continue to make your way up, you come to the dining hall, which is another major common space. And then you wind your way up and find yourself in this forest up on the roof.” 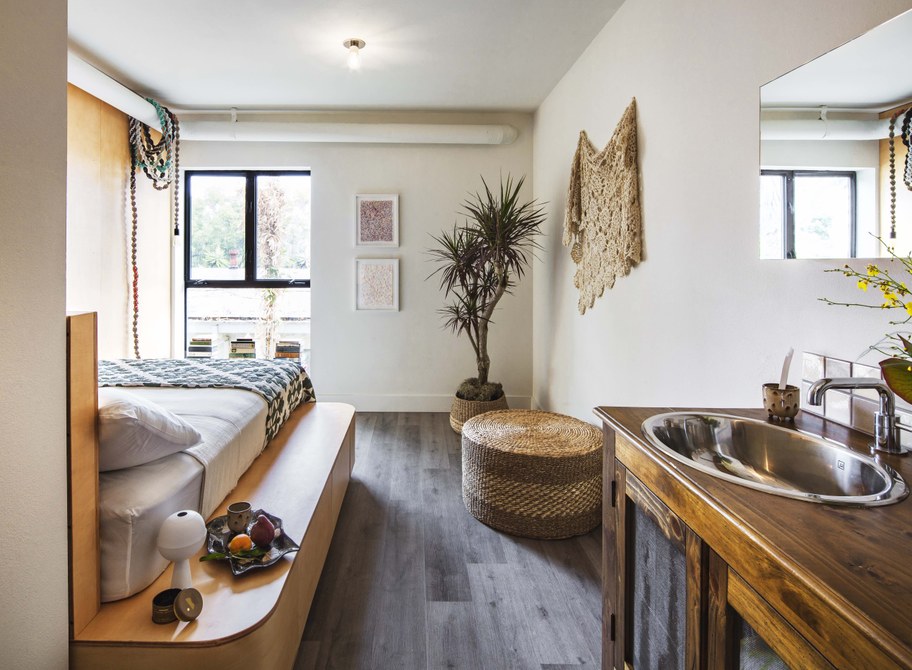 A mixed group of people moved in. They had responded to an application that sifted out those not open to semi-communal living with questions like “Please talk about a community cause that you're a part of” and “Tell us about a time when you helped a friend.”

Then came a pandemic, testing the project’s very concept.

Reporter Adriana Cargill followed residents for several months. She met Jason Ericson, who flourished in the group even though coliving during COVID-19 made him nervous. Jade Brandais left her new “family” to rejoin her blood family when the pandemic hit. 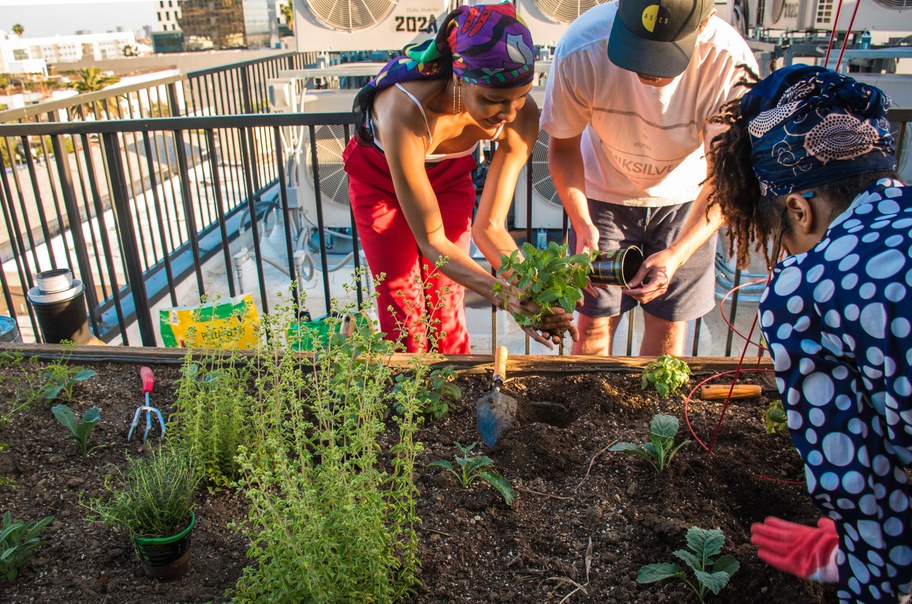 Residents can garden on the roof if they want to. Photo by Cynthia Alex.

She also found that neighbors were helping neighbors or playing games online from their rooms, while social distancing measures kept the illness itself at bay.

Treehouse creator Prophet Walker told Cargill, “I think we're actually seeing the beauty of what Treehouse is and that when you're in proximity and you know your neighbor, you can be supported by a neighbor.”

Cargill also talked to housing expert Diana Lind about changes in how people live and how they figure out ways to be less alone. Lind explains that after several decades during which cultural and technological shifts propelled people to live in single family homes, now people are returning to more social housing types that had been popular before, like boarding houses and apartments. 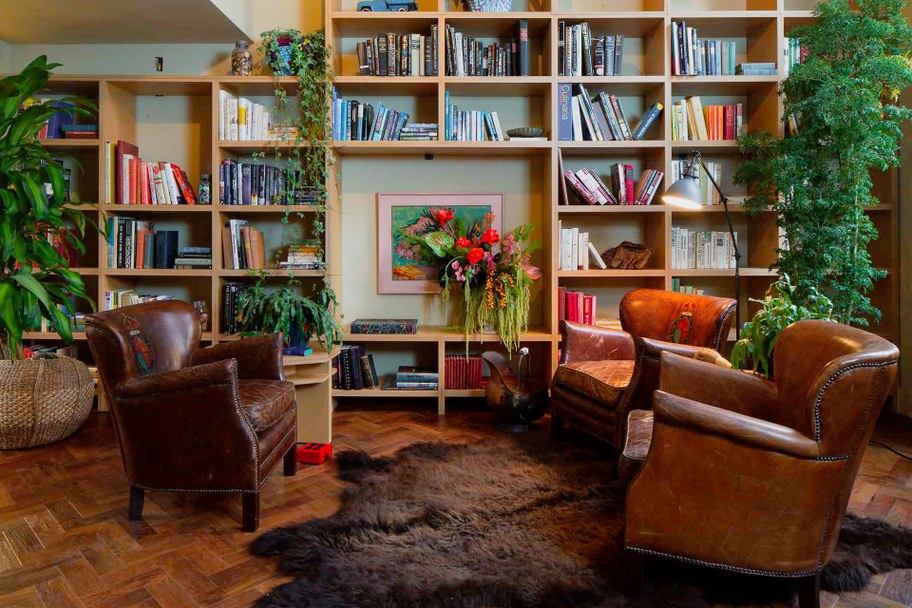 Sean Knibb, creative director at Treehouse, designed interiors like this library to feel lived-in by people from all corners of the world. Image courtesy of Treehouse.

Now more Treehouses are being built, with one to start construction soon in Koreatown.

DnA learns about the adaptations that are being made — more space for informal hanging out in the suites, less predetermined communal spaces, and bigger kitchens because lots of chefs have chosen to co-live.

Finally, Treehouse creative director Sean Knibb reflects on the premise of Treehouse itself. As an immigrant from Jamaica, where a sense of close community was strong, he says he thinks it is great.

“The pandemic for Treehouse reinforced the notion of community and friendship and support, as opposed to where if you were just living in an apartment, then you were truly isolated. ... I am so happy to be a part of it and to continue hopefully to create tons of these for people to enjoy.” 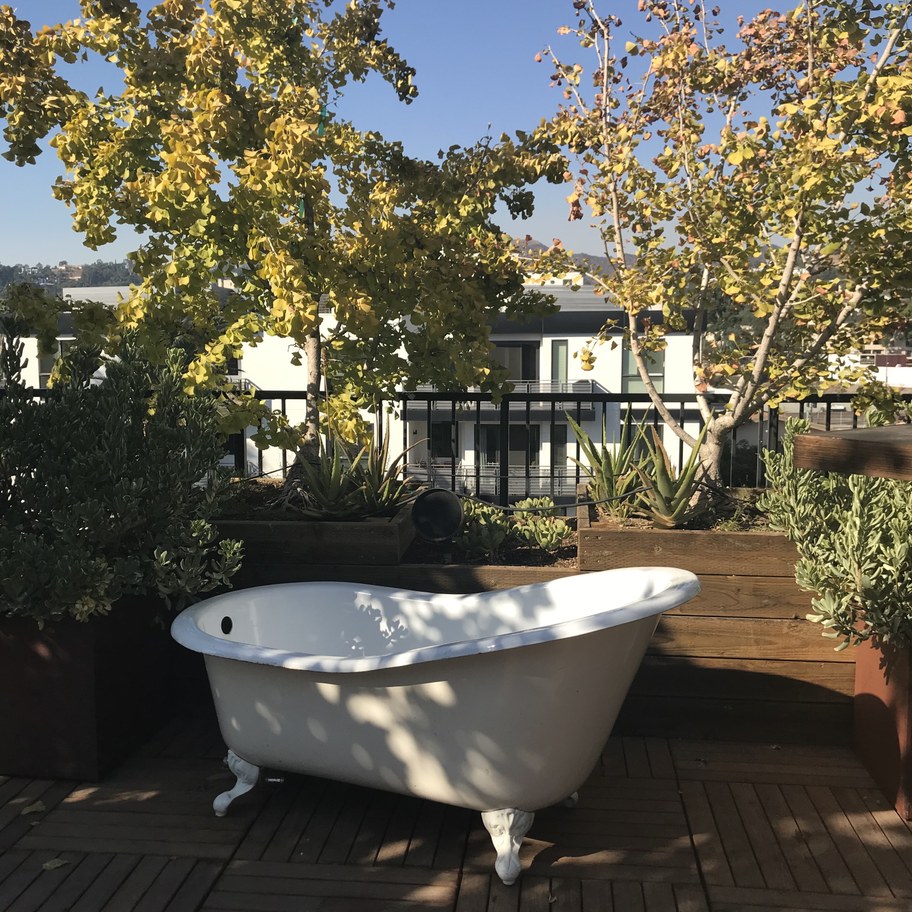 A bath tub adds quirkiness to the shared roof deck, designed by Sean Knibb to feel wild and untamed. Photo by Frances Anderton.