Los Angeles By Night, By Bike If you drive on the streets of LA at night, chances are you’ve seen a pack of cyclists pass you by. There’s no shortage of these night riding groups. But of all those rides, there’s one that’s a little more… exotic. It’s called “The Passage of a Few People Through a Rather Brief Moment in Time,” or colloquially known as The Passage Ride. The ride was started four years ago by Nathan Snider and Sean Deyoe.

The ride meets every Wednesday at 8:30pm at California Donuts #21, at the corner of 3rd & New Hampshire, in Koreatown. It leaves at 9 pm.

On a recent Wednesday night, KCRW’s Avishay Artsy (above, with microphone) strapped on a helmet and went to explore.

The organizers of the Passage ride have a gallery exhibit up about their ride, at Red#5 Yellow#7, next to Orange 20 Bikes. It’s on display now through Saturday, July 6th. Some photos from the exhibit are below, all taken by Sean Deyoe. 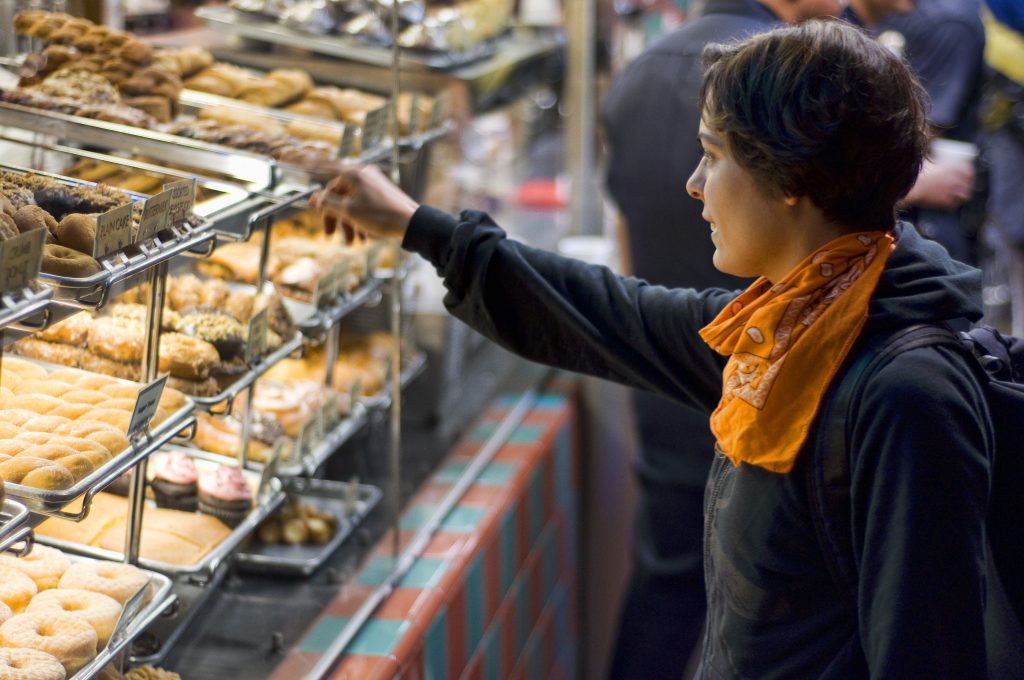 “A big argument we wanna make is that bike infrastructure isn’t just limited to bike lanes and bike paths and bike trails and those sorts of things. And in fact those things tend to recreate the logic of a highway or a road. And we really see bridges, tunnels, stairways, storm drains… pretty much all infrastructure is bike infrastructure because bikes can go almost everywhere, you know?” – Sean Deyoe 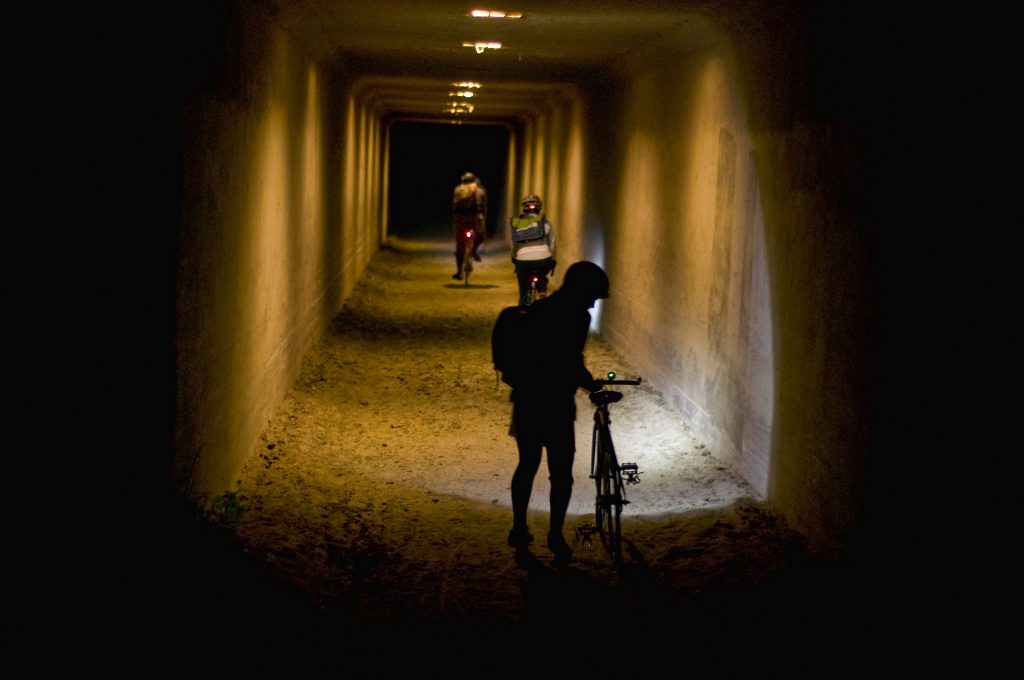 “There is a dumpster full of fortune cookies that is sort of well-known among explorers in LA. It’s certainly a surprise if you’ve never seen it. You know, it’s emblematic of the experience of extracting wonder from the city, and if you do it in the form of fortune cookies, so much the better.” – Nathan Snider 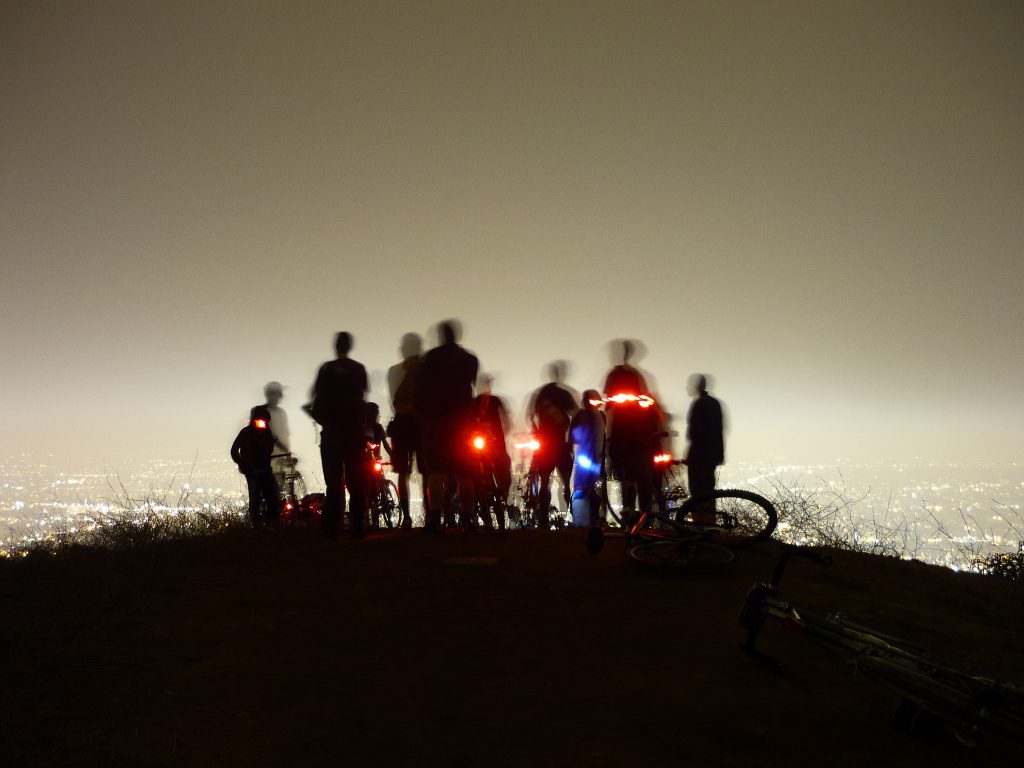 “Well probably my favorite ride was my first ride. We actually rode down into Vernon, into the industrial wasteland down there. Where they have all the meat processing plants and god knows what else. It was just a part of LA that I would’ve never seen if it wasn’t for this ride.” – Jordan Kushner 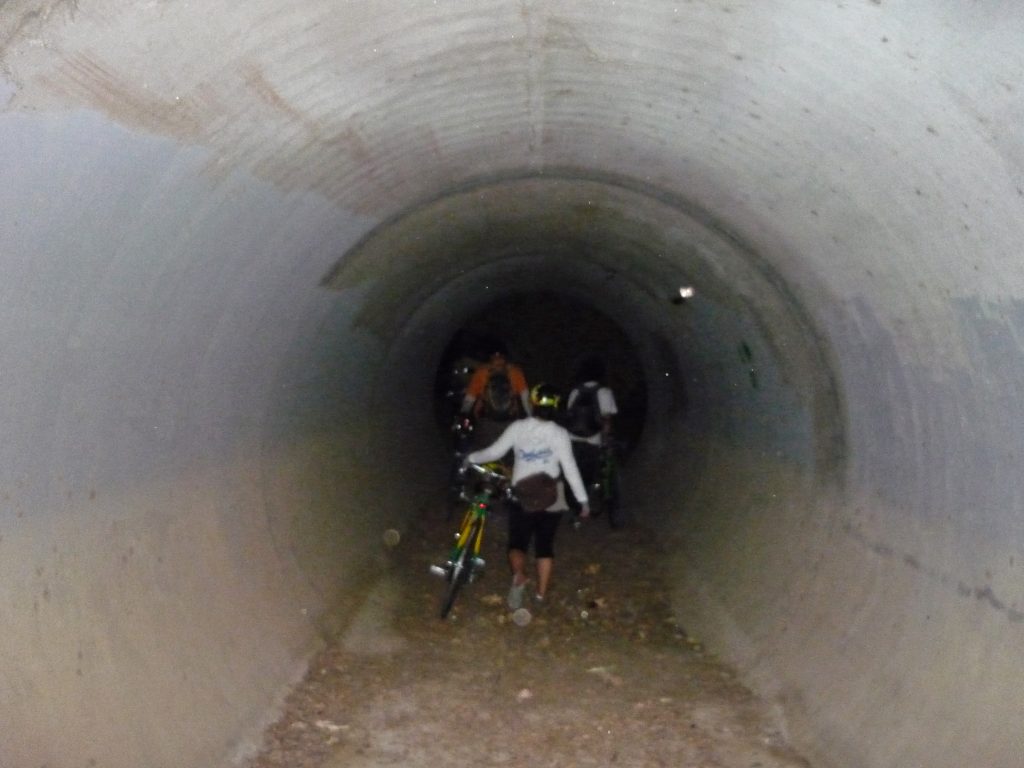 “I would say my biking experience in general is limited to beach cruisers. But I’ve always been fascinated by this group of people that goes out at nighttime when the streets are empty and see a part of the city in a way that a lot of people don’t get to see, you know?” – Nicole Delansky 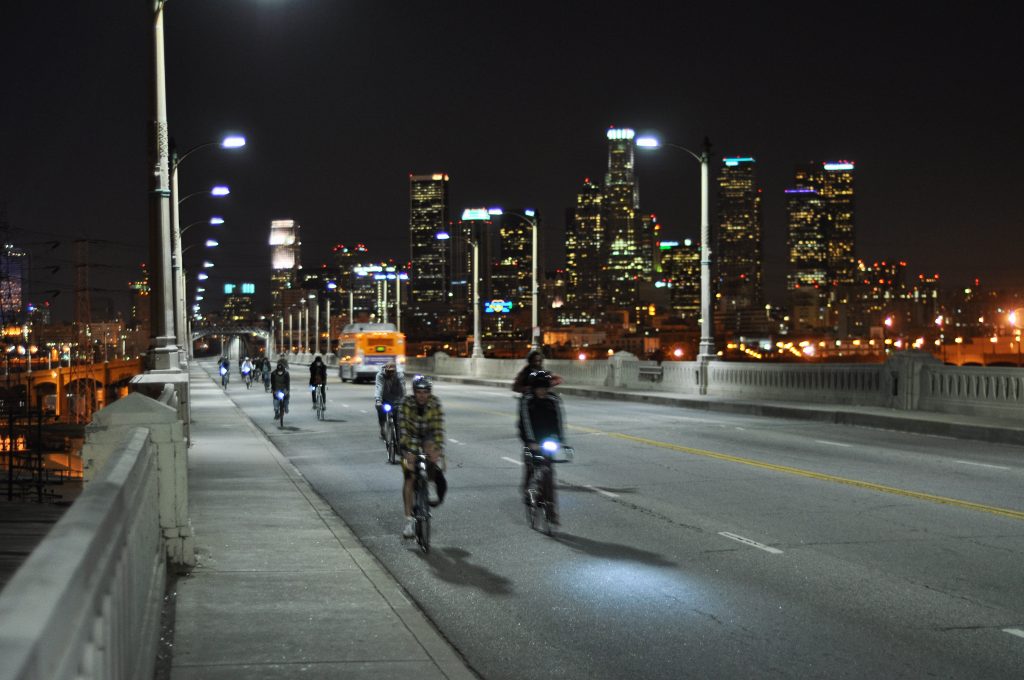 “You know, people are hearing about how fun group rides are, and they do their first one on this, and, oh my god, this just exposes you to such a fantastic view of Los Angeles. I mean, how can you not get hooked on cycling? Unless you have a real job and it’s one of the rides when they’re out until 2 am…” – Nat Gale 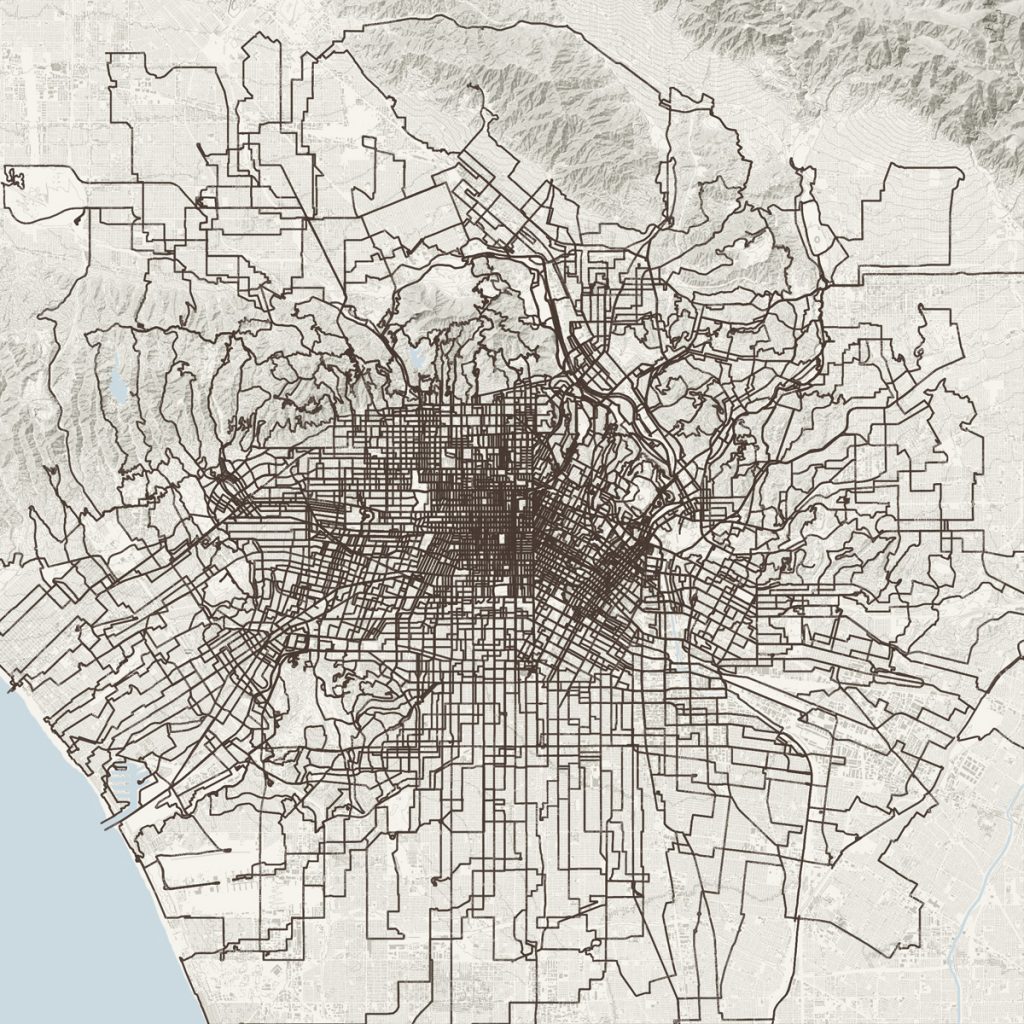 A map of every route taken in Los Angeles during the Passage rides.

“This ride goes places that no car would ever go. We’re going to alleys and hills and trails that a car would never go. So I get to see a part of LA that you would never see by car, you would only see by bicycle, and that’s why I go on this ride. Plus I get my exercise doing a bike, and I don’t get that by driving a cab. A taxicab will kill you from inactivity. This thing keeps you in shape and it keeps you alive.” – Gary Vogan

END_OF_DOCUMENT_TOKEN_TO_BE_REPLACED
KCRW's Drive to the Future: LAST CHANCE to win an Apple iPhone 12! Donate by midnight tonight to upgrade your phone game and support KCRW music, news, and culture.
Give Now
Give Now