California predicts mandatory solar panel installations will add nearly $10,000 to the upfront cost of a home — money that will be recouped through energy savings. Photo credit: Rich Pedroncelli/AP

Starting this year, new homes built in California are meant to be net zero, meaning they should generate as much energy as they take off the grid.

And that means, along with many other energy saving measures, solar panels.

DnA finds out what that means for homeowners, in costs and design options. And we check out a commercial building — Netflix’s new home in the Epic building in Hollywood — that is experimenting with solar panels, incorporating them vertically in the facades of the building.

What homebuilders need to know

Homes that are under four stories will need to incorporate solar panels, unless they’re either shaded by trees or other structures, or too small to fit a solar installation, such as an accessory dwelling unit, or ADU. Homeowners could choose to lease, rather than buy the panels. The panels are expected to add an additional $10,000 to the home’s cost, but would save the homeowner an estimated $35 a month.

The traditional solar panels on the roof capture the most amount of sunshine and efficiently convert it into electricity for use inside the home, said Bernadette Del Chiaro, Executive Director, California Solar & Storage Association. But the new rules leave room for design innovation.

Hudson Pacific is taking “design innovation” to heart. The developer is building Epic, a 13-story building at the corner of Sunset Blvd. and Bronson Ave. in Hollywood, soon to be occupied by Netflix. 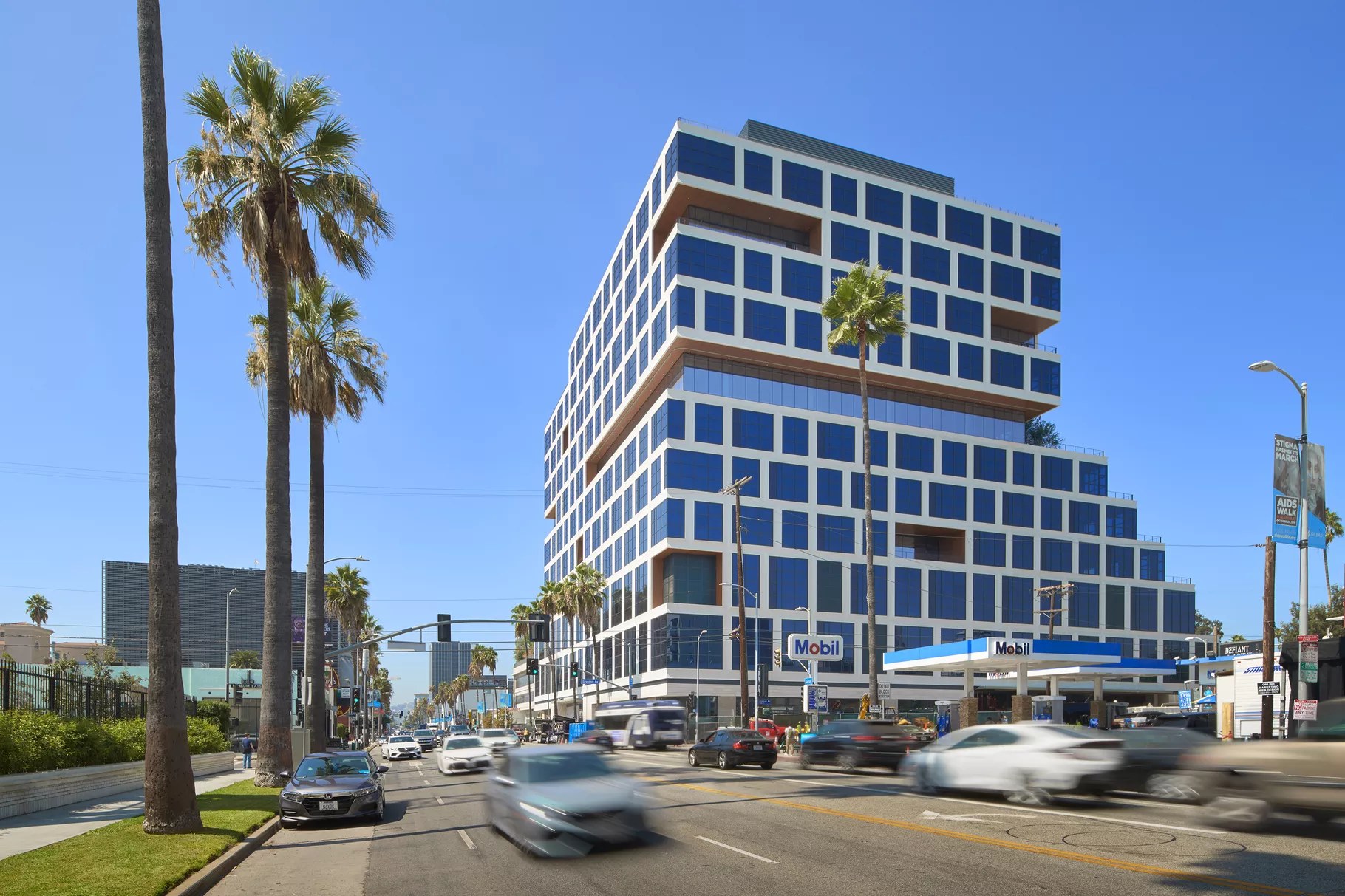 A photo of the Epic building, which Netflix will occupy starting next year. ©Gensler / Makena Hudson, courtesy of Hudson Pacific Properties

Architecture firm Gensler has designed Epic as a future-forward creative space. It’ll have 25,000 square feet of communal outdoor space, a drone landing pad, electric car charging stations, and a parking garage designed to be repurposed into more workspace in an autonomous-car future. It incorporates a passle of energy saving features, including air conditioning that powers down when doors open onto outside decks and let in fresh air.

But DnA went to check out the façades, which feature blue-black windows that look like solar panels. They turn out to be a seamless combination of tinted glass window and panels of photovoltaic cells.

“When you think about solar panels, you typically think of them on top of a roof. But on a commercial office building, your roof is used for all these other other means of construction, including your mechanical equipment,” said Chris Barton with Hudson Pacific.

“So we tried to get very creative because we really wanted to integrate solar panels into the project. And we did it by putting it into the façade, which is very unique, hasn't been done in the city of L.A. before. And we're really happy with the results.” 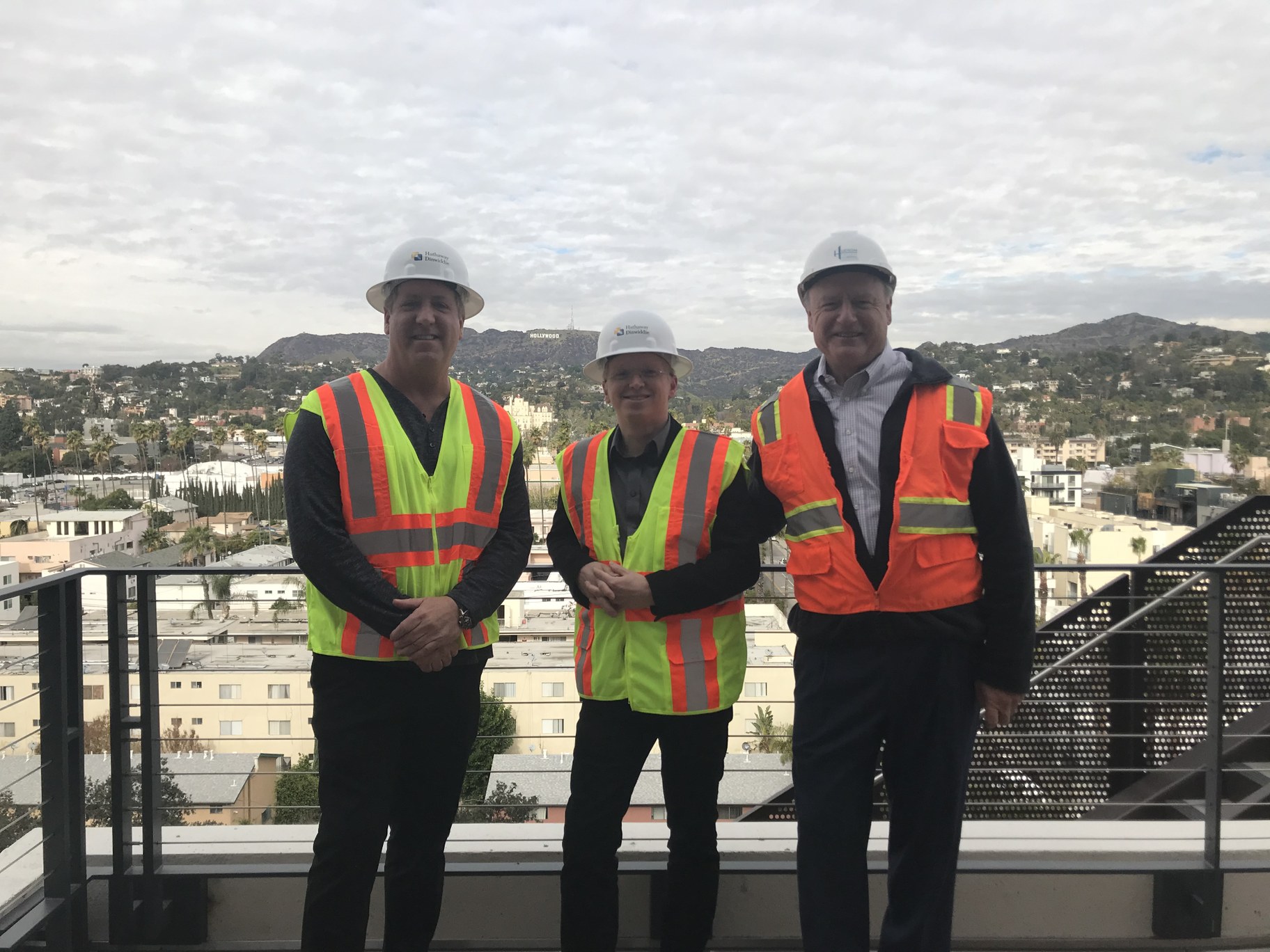 David Herjeczki,  Design Director and Principal in Gensler’s Los Angeles office, said he didn’t want the panels to “look like a dated science experiment” in a decade, when solar panels may be common fixtures on building facades. “And so I think we struck a really nice balance of integrating it, but just making it very architectural and naturally part of the skin of the building without really dating it.”

Very few projects use “building integrated photovoltaics,” and this would be the first in Los Angeles, but spokesperson for the state’s solar industry Bernadette Del Chiaro says there’s a reason for that.

“There is an optimum angle. And that isn't actually at a vertical 90 degree. It's more at a tilt, like what you see on a roof. And so that's why solar on roofs makes so much sense and works so well and generates the most amount of electricity from that solar cell,” she said. However she told DnA she appreciates Epic's experimentation, adding the sloping panels on roofs are the "broccoli" of photovoltaic design. 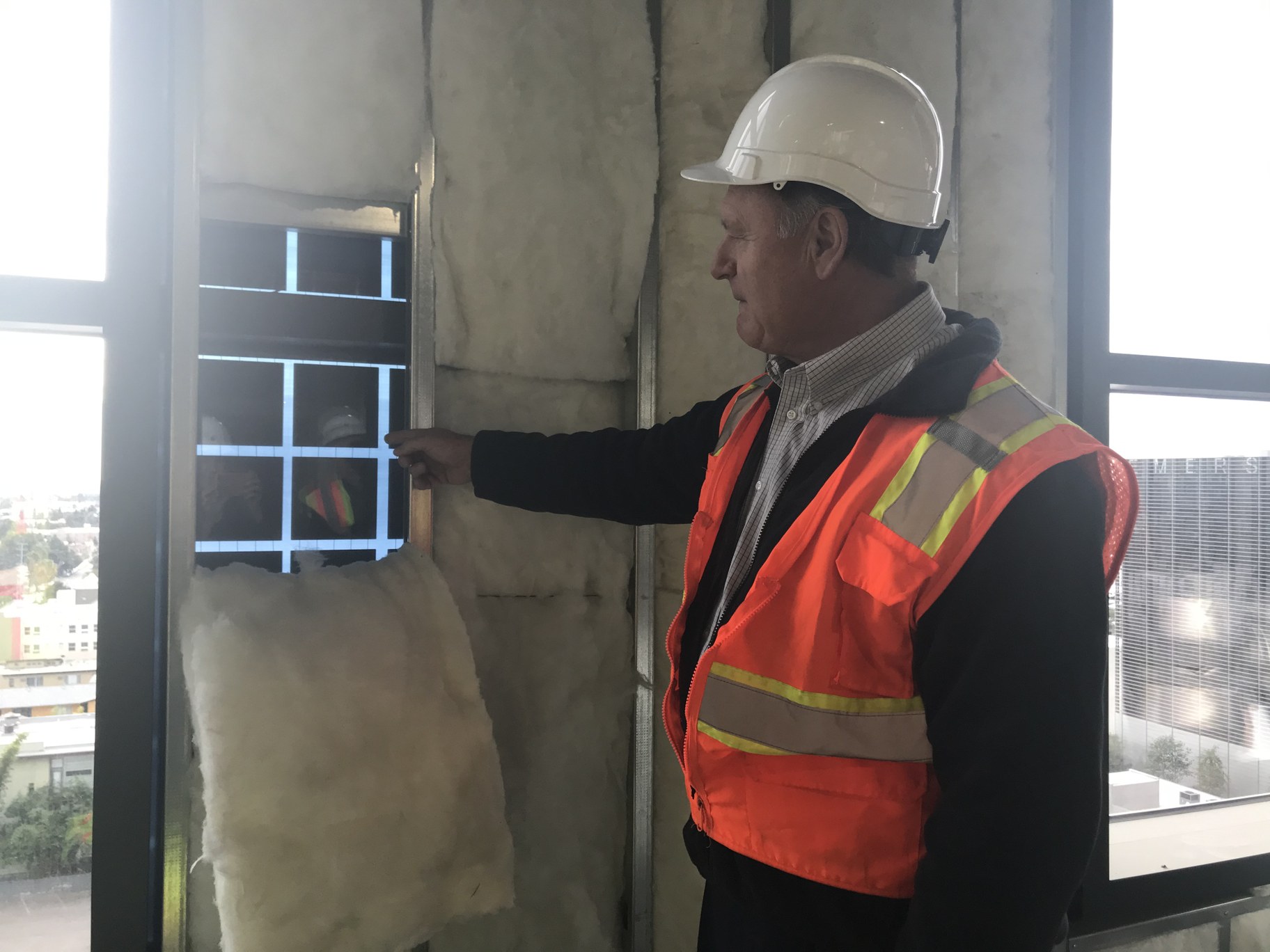 Rob Pinkerton of Hudson Pacific shows the back of the solar panels. The electrical conduit and wire will be hidden by drywall inside the building. Photo by Frances Anderton/KCRW

Other sustainability initiatives lighting controls and energy efficient plumbing fixtures. Epic’s solar panels will generate only one and a half percent of the power that Netflix needs.

“Bringing this technology on is not a moneymaker for commercial developers,” said Barton,” but “we just felt like it was the right thing to do.”